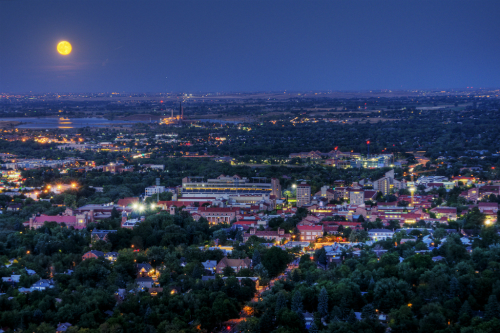 Several years ago, the University of Colorado Boulder did something pioneering in American higher education.

It committed to bringing onto its faculty, on a rotating basis, a notable academic conservative in an endowed chair. I held this chair, the Visiting Scholar in Conservative Thought & Policy, over the past academic year, following upon Bradley Birzer and Stephen F. Hayward before me.

CU Boulder is, by reputation, one of the most left-liberal places on the American academic scene. Along with the University of Michigan in Ann Arbor and the University of California, Berkeley, CU embodies the quintessence of the progressive academy: the school is elite (if public), and along with its very precious town it is hip, moralizing, ecological, democratic-socialist, and overwhelmingly inhospitable to those on the right.

But further characteristics of Boulder, Colorado, and its university, clear to all who spend time there, include being laid-back, entrepreneurial, and now rather libertarian since the “green rush” of legal marijuana enthusiasts has pushed into Boulder mightily.

In the fight for the soul of Boulder, laid-back is winning, and that provides an opening for conservatives.

An example: One speaker I brought to CU this past January was Arthur B. Laffer, Ronald Reagan’s economics guru and author of the famous curve displaying an inverse relationship between tax rates and receipts.

Laffer gave his talk, all about the tax-reform victories of the 1980s and the advantage that low-tax and low-regulation states have in the push for jobs and growth. The audience was mixed—about half conservative enthusiasts from metro Denver, and half Boulder and CU regulars, which is to say college-town progressives.

The amount of good will spilling out of the lecture hall that evening was something to behold. Progressives and conservatives alike were one-upping each other in affirmation of the talk. Typical comments: Why don’t we lower tax rates at the top so as to decrease the value of loopholes, and thus undercut cronyism? Why don’t we agree that we want more jobs, and the way to get them is to tax and regulate them less?

By popular affirmation, Laffer’s talk was one of the most successful, in terms of community-building and bonhomie, in the history of the program.

Not long ago—and still today at places like Yale and Missouri—a progressive college-town audience would shout down a major representative of the Reagan administration or opponent of progressivism as a matter of routine.

I certainly recall, in college at Columbia in the 1980s, then-State Department official Elliott Abrams being raucously silenced at the outset of his invited talk on Latin American affairs, to the point where he could not utter an audible word through the microphone. The event had to be canceled after twenty minutes of constant disruption. I had feared that something similar might happen with Art Laffer, but his talk was perfectly received.

This past year, I gave dozens of talks all over the state under the auspices of the CU conservative thought and policy program and only once ran into an audience that was a little obstreperous.

A few weeks after Laffer’s talk, I was on stage at CU discoursing on the finer points of supply-side history. Several questioners, making their points in the manner of Eugene V. Debs, would not let go of Kansas. Kansas’s schools are bereft of funding ever since the governor accepted Laffer’s advice for supply-side tax cuts—so their argument ran.

Those criticisms were easy enough to parry (the opponents to the tax-rate cuts in Kansas cut school funding to gin up a false controversy), but the episode made me realize something. This was the only encounter I as the CU conservative, or my invitees, had had of the venerable anti-conservatism of the college town.

Up and down Boulder and the state I talked, with almost everybody happily absorbing my conjectures and findings, and when disagreeing, saying so productively, in a surely-we-can-work-this-out spirit. That laid-back attitude and refractory leftism cannot abide each other. At the moment in the Rocky Mountain West’s main academic town, we are in the era of laid-back. That’s good for the educational atmosphere.

The most amusing, and revealing, moment of the year came in February, when the Western Civilization program (into which the conservatism program has been folded) hosted a forum on the Paris climate agreement. The panelists were four Washington, D.C., environmental regulators and Steve Hayward. Devilishly, Steve had alerted his network of the event and stacked the audience with sympathizers.

The regulators were a thing to behold. They set down the axiom that the scientific views of the Intergovernmental Panel on Climate Change were not to be challenged—this was the ground rule for further discussion.

Then they had a hard time staying within the generous time limits. One of them talked like a bowling ball running down an endless lane, perhaps 20 minutes overtime and still only warming up. And they kept confiding that if the climate problem were in fact solved, climate regulators such as themselves would find their careers disrupted. They were caricatures of themselves.

These hapless wonks were completely unprepared for the audience. Questions challenged the notion of settled science, the bureaucratic self-absorption of the climate-change establishment, the anti-democratic nature of everything.

The panelists kept looking around as if wondering where the real audience was—this was Boulder they had trucked out to, after all.

One panelist, an assistant to Secretary of State John Kerry, kept saying that his boss requires that all department business—no matter what the issue under consideration—must begin and end with an appeal for action on climate change. He got a crescendo of laughter as the point sunk in to the audience. Back to D.C., oddballs, was the message from, of all places, CU.

CU and Boulder still have plenty of blind spots. Buffaloes and Boulderites have no idea how to deal with, for example, the problem of poverty and the minimal economic growth that the Obama administration has given us these eight years. At a panel at the Boulder Conference on World Affairs in March, one of the speakers mentioned that there is a calculator online where poor people can figure out how much they will get hit by new taxes and benefit phase-outs on finding a job.

This “effective marginal tax rate” of the down-and-out, averaging around 50 percent, is the highest anybody, rich or poor, faces, thanks to Obamacare and related programs. The audience let that point hang in silence for few seconds, before reverting all attention back to hedge funds, the top 1 percent, self-flagellation, and Wall Street. Boulder progressives relish trashing capitalism, even when it means being blind to free-market solutions that actually can address core problems of poverty and joblessness.

Is the Conservative Thought & Policy program at Boulder a worthy experiment? It is hard to say it is not.

The charge of “tokenism” remains. A single conservative comes in and after a year is whisked away for a new one, with the ranks of the tenured professors remaining as is. But Boulder and its university have shown, through this prominent position, that conservative ideas and personages will have their chance to make a difference unobstructed.

Efforts at further correction of the liberal academy’s complacency towards conservatism should build on this success.

A Visiting Professor of Conservative Thought Takes on Boulder, Colorado