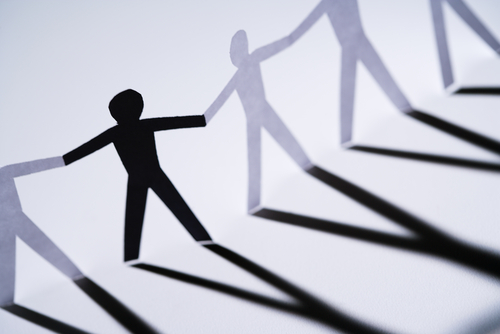 When the Supreme Court agreed to hear Abigail Fisher’s challenge to the University of Texas’s admissions program a second time, it seemed that the writing was on the wall. Why would the high court twice take up the Fifth Circuit’s rulings in favor of UT-Austin if not to slap down the school’s self-serving and disingenuous justifications for using racial preferences in its admissions decisions?

Indeed, even without Justice Antonin Scalia, there was supposed to have been a four-justice majority against the use of race here. (Justice Elena Kagan was recused due to her work on the early stages of the case as solicitor general, so seven justices would decide the case.)

The certain deciding vote, Justice Anthony Kennedy is no color-blind absolutist like Justice Scalia was, but he has long viewed laws that treat people differently based on race with skepticism. “To be forced to live under a state-mandated racial label,” Kennedy wrote in the school-busing case Parents Involved v. Seattle School District (2007), “is inconsistent with the dignity of individuals in our society.”

But he wrote that in a concurrence, declining to join Chief Justice John Roberts’s famous plurality opinion—“The way to stop discrimination based on the basis of race is to stop discriminating on the basis of race.”—because Kennedy thought it was “too dismissive of the legitimate interest government has in ensuring all people have equal opportunity.” Portentous words, those.

The Court’s first decision in the Fisher saga, however, was a meek 14-page opinion by Justice Kennedy that told the lower court to be less deferential to the university’s claims about its need to use racial preferences.

Still, Fisher I made clear that race-conscious academic programs must be subject to strict judicial scrutiny, requiring universities to prove that their consideration of race is narrowly tailored to serve a compelling government interest. The Court thus remanded the case for further development, chiding the lower courts not to merely “accept a school’s assertion that its admissions process uses race in a permissible way without…giving close analysis to the evidence of how the process works in practice.”

After the Fifth Circuit essentially rubber-stamped its previous opinion in UT’s favor, the conventional wisdom was that Fisher II would herald the beginning of the end of affirmative action. The only question was how broadly Kennedy would go.

Instead, as best as anyone can tell, he seemed to tire of the case. In his majority opinion in favor of the university, he deemed “good enough” the university’s attempt to justify the unjustifiable in order to be finally rid of the case. His opinion defers to university administrators despite having previously told lower courts not to defer to them. “Considerable deference is owed to a university in defining those intangible characteristics, like student body diversity, that are central to its identity and educational mission,” Kennedy wrote, in the sort of mystical passage that has become the hallmark of his jurisprudence.

The Supreme Court’s 4-3 ruling in favor of UT-Austin was disappointing. Justice Samuel Alito does well to call out the majority’s imperial opinion as having no clothes. “Something strange has happened since our prior decision in this case,” he begins in his magisterial dissent, referring to Fisher I.

“Even though UT has never provided any coherent explanation for its asserted need to discriminate on the basis of race, and even though UT’s position relies on a series of unsupported and noxious racial assumptions, the majority concludes that UT has met its heavy burden,” Alito writes.

Nevertheless, I have a more sanguine view of this ruling than most of my fellow critics, if only because UT’s admissions program is unique. The school uses racial preferences for a relatively small number of slots after filling most of the class—and achieving most of its “diversity”—with the top graduates from each public high school in Texas. Future lawsuits are still possible, and will depend on the type of racial preference challenged and, of course, the future composition of the Supreme Court.

Indeed, litigation will now resume in challenges brought by Asian American students against Harvard and the University of North Carolina at Chapel Hill. Will courts recognize the constitutional hole in colleges’ “holistic” review, employing a black box to facilitate racial balancing? That, after all, is what this comes down to: can colleges set what amount to rough quotas to ensure they don’t have “too many” students from some groups and “too few” from others.

For example, Texas’s program allows application readers to take race into account when assigning applicants a “personal achievement score.” But there’s no oversight of readers’ use of race in assigning these scores, with the result that the university can’t explain how (or how often) race plays a role. All we’re left with is an opaque, arbitrary, and unaccountable program supported only by the talismanic use of the word “holistic” to evade scrutiny.

Invoking that word should not be the end of judicial review. The Supreme Court’s equal-protection precedents, even after Fisher II, establish four requirements that a school with a race-conscious admissions process must satisfy to demonstrate that its plan is sufficiently “tailored.”

First, it must show that its program is necessary to achieve diversity—but can any school show how or when race affects application decisions?

Second, it must show that its chosen means properly “fit” its ends—but can any school offer evidence to convince a court that its use of race is narrowly tailored to achieve its purported “qualitative diversity” goal?

Third, it must show that its program provides individualized consideration of applicants. This ensures that colleges don’t make race the “defining feature” of the process, but the black-box nature of admissions policies makes it impossible to ascertain whether race is a thumb or brick on the scale.

Finally, admissions programs frustrate accountability because schools wield “holistic review” as a shield to obscure the role of race and frustrate scrutiny, judicial or otherwise. This opaqueness may create more racial hostility than it remedies.

Holistic review can serve as a cover for the illegitimate use of race, as statistics from a variety of American universities indicate. Even the Harvard Plan that Justice Powell in Regents of the University of California v. Bakke (1978) assumed would withstand scrutiny has a less-than-illustrious history, beginning with its origin as a less-controversial alternative to explicitly cap the number of Jewish students. Evidence now suggests that Harvard’s holistic review has facilitated limits on the number of Asian admittees.

At some point, the Supreme Court has to realize that the hallowed “diversity” interest is both pretext and ephemera, and that an admissions program that uses race in a constitutional manner is a self-contradicting proposition. That day didn’t come with Fisher II, but it will if and when we have five scrupulous justices.

Shapiro is a senior fellow in constitutional studies at the Cato Institute and filed briefs supporting Abigail Fisher over the course of this litigation.