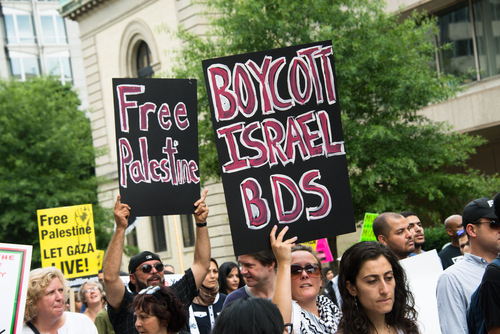 In an article I wrote for the Pope Center last year, I explained how my academic field, anthropology, is increasingly dominated by activists who want to use it for their political purposes. In keeping with that trend, last year, a task force of the American Anthropological Association (AAA) passed a resolution calling for the association to boycott Israeli academic institutions as punishment for the Israeli state’s Palestinian policy.

The resolution was placed on the agenda for discussion at the association’s national convention held last November in Denver. The meeting where the resolution was discussed attracted an overflow crowd. The boycott was vigorously debated with some speakers defending the measure on moral grounds while others questioned its propriety and its effectiveness.

After the debate, the members voted by a margin of 88 percent to bring the resolution before the entire membership in the form of a referendum. Voting on that referendum by email took place over a six-week period, during which emails by various individuals to the members urged them to either support or reject the measure.

Fifty-one percent of the membership took part in the referendum, the most ever in the organization’s history. The results were announced in the first week of June and the referendum was barely defeated, with 2,423 opposing and 2,384 supporting the boycott.

One of the questions asked by some members was what effect would a boycott of Israeli academic institutions have to change policies of the Israeli government? The answer is none.

The resolution makes that clear. It states, “If the boycott is adopted, the AAA will refrain from any formal collaborations or other relationships with Israeli academic institutions…. There are no such relationships at this time, so adopting the boycott would formalize the current status quo in this regard.” It was meant, therefore, as mere rhetoric without any effect.

The resolution further states that the boycott would not hinder members from collaborating with their Israeli colleagues, and that Israelis could still be members of the association and would be allowed to publish in its journals. Indeed it would be an attack on academic freedom to attempt to block AAA members from such activities, but this again emphasizes the emptiness of the proposal.

Another question raised during the campaign was whether a professional organization should take a position on a matter outside the discipline’s sphere of activity when so many of its members disagree with the substance or the tactics of the position. Some members also asked whether it is appropriate that a scholarly organization become involved in a campaign of  political action, in this case the Boycott, Divestment, Sanctions campaign that was begun in 2005 by Palestinian groups as another line of attack, along with street demonstrations and suicide bombers, in their war against the Jewish state.

The “activist” wing within the AAA seems unaware of the true motives behind the boycott, or if they are, they don’t care. They’re fixed solely on solidarity with other activist groups in the pursuit of their ideology and its political agenda. Despite the razor thin defeat of the referendum, the AAA leadership has vowed, in their words, to “press on.”

Consequently, the Executive Board of the AAA announced plans to issue a statement censuring the Israeli government, and write letters to U.S. government offices identifying ways that U.S. resources and policies are violating the rights of Palestinians. Those are just more empty gestures having nothing to do with anthropological science.

People who hold those views are of course entitled to their opinion, but such posturing has nothing to do with the discipline of anthropology. Moreover, one faction of the organization has no right to force its views and policies on the rest of the membership.

This is yet another example of the lurch on the part of a large number of anthropologists away from the principles and the mission of the discipline. They’re moving it towards a narrow ideologically inspired political agenda and that has resulted in the take-over by activists of the governing apparatus of its principal professional organization.

In the process, the profession is losing legitimacy and credibility, both of which are necessary for support in financing anthropological enterprises. Those enterprises range across the spectrum of science, from the physical sciences in physical (biological) anthropology, through the social sciences to the humanities, which, like the other two branches of systematic inquiry, give us a better understanding and a greater appreciation of humankind as a part of nature.

Such an approach is not only important for a deeper, well-rounded understanding of the human species, but also because what anthropologists investigate and explain are of general public interest (seen for example in news coverage of its latest discoveries), and in the attention paid to museum presentations, historical sites as well as interest in courses in anthropology on the part of students specializing in other fields.

To jettison all that for some narrow ideology, of little or no practical consequence and perhaps only ephemeral in character, is to do a great disservice to science and the general public.

Scholarship requires an open forum, a skeptical approach, freedom of investigation and expression, and the acceptance of the results of research based on verifiable findings. The ideological approach in anthropology today is headed in the opposite direction: restriction of research, emphasis on the “correct” outcomes and suppression of opinions of dissenters through political correctness that leads to self censorship. Those features are closer to religion than to sound, scientifically based scholarship.

Some find it disheartening that the activists have gained so much control of the profession’s major association and that the victory over the ill-conceived boycott referendum was so close. Yet over half those who voted opposed the boycott, and emails sent to AAA members during the voting, arguing that the proposed boycott was inappropriate, indicate awareness of what is going wrong.

Also 49 percent of the membership did not vote at all, leading one to think that among them are many scholars who continue to pursue anthropological research and teaching in the proper manner.

Perhaps I am too optimistic, but it seems that political activism is starting to burn out in anthropology. Let’s hope this turn in events will soon run its course and anthropology as valuable branch of scholarship and human understanding will continue as before.