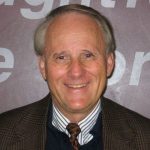 Dr. George R. La Noue is professor emeritus of political science and professor emeritus of public policy at the University of Maryland Baltimore County. He served as Director of the Policy Sciences graduate program for eighteen years. Dr. La Noue’s research has focused on education law, civil rights law, and public policy. He has published numerous articles and six books. His last book, Silenced Stages: The Loss of Academic Freedom and Campus Policy Debates (2019) documents the widespread failure in higher education to sponsor events where complex policy issues are discussed from a variety of viewpoints. 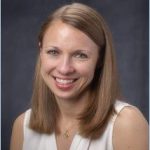 Dr. Sarah A. Treul is the faculty director of the UNC-Chapel Hill Program for Public Discourse and a Bowman and Gordon Gray Term Professor of political science. She specializes in American political institutions, with an emphasis on the U.S. Congress. She earned her B.A. in Political Science and Psychology from Wellesley College and her M.A and Ph.D. from the University of Minnesota. She is the recipient of UNC’s Tanner Award for Teaching Excellence, the Chapman Family Teaching Award, Honors Carolina’s Manekin Award for Teaching Excellence, and the department of political science’s Robson Award for Excellence in Graduate Instruction. 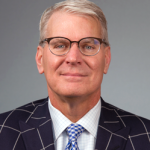 David Powers was appointed by the North Carolina General Assembly in 2011 and reappointed in 2015 and 2019 to serve on the Board of Governors of the University of North Carolina System. Powers serves as the chair of the Committee on University Governance.

In his role as a Board member, Powers is focused on the University’s function as a driver of the state’s economy.