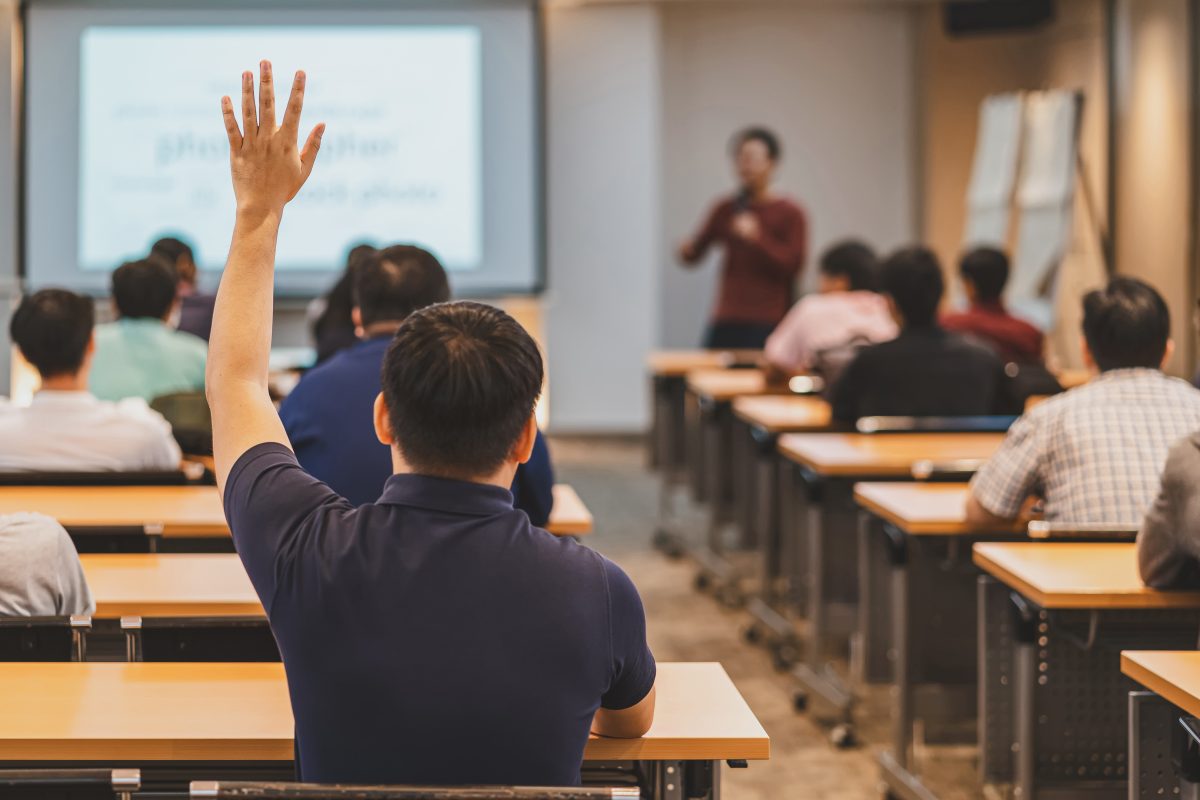 Richard V. Reeves, a senior fellow in economic studies at the center-left Brookings Institution, has written a timely and important book about the educational, economic, and familial challenges facing boys and men in the U.S. and, indeed, across the developed world. As he notes in the epilogue to Of Boys and Men: Why the Modern Male Is Struggling, Why It Matters, and What to Do About It, “many people are really worried about boys and men.” Count me as one of them.

Reeves paints an alarming picture. Boys and men are falling behind in the classroom, are less engaged in the working world than ever before, and are often unsure of their role, if any, in the family and the lives of their children. The foundations of our so-called patriarchy seem to be crumbling. Reeves’s claims about these phenomena are amply buttressed by studies and data.

Given the Martin Center’s higher-ed focus and the importance of academic success in our “meritocracy,” I’ll focus my attention on what Reeves has to say about education. Consider these numbers. In 2009, over 60 percent of the high-school students in the top two deciles of grade point average were women. At the bottom end of the grade distribution, the proportions were reversed: Almost two-thirds of the students in the lowest two deciles were men. In 2019, about 150 women earned postgraduate degrees for every 100 men who earned them. The proportion was only a little lower for undergraduate degrees (140:100). This is not just an American phenomenon: In many OECD countries, a significantly higher proportion of women than men have some “tertiary educational attainment,” with the gap typically ranging from 10 to 15 percent.

Whatever we’re doing academically, it doesn’t seem to be working for boys and men. Even worse, most of the programs explicitly aimed at enhancing educational success, from pre-K through college, show negligible benefits for male students. Most of the positive results from these programs seem to be driven by the achievements of girls and women. And, of course, that doesn’t take into account all the programs explicitly devoted to providing access and resources to women. While many colleges and universities have long had “women’s resource centers,” I haven’t heard of (and really can’t imagine) a “men’s resource center” anywhere.

I’ll return to this last point (and its implications) later but wish to call attention to Reeves’s very sensible, albeit limited, educational proposals: “redshirting” boys, recruiting and hiring more male teachers (especially in elementary school and especially for teaching English and literature), and expanding career academies in secondary education. The first proposal is based on an unfashionable (because biological) developmental truth: Boys’ brains develop at a different pace than girls’, so that “boys are at a developmental disadvantage to girls at critical points in their schooling.” Giving or at least offering them an extra year of pre-K before they start kindergarten mitigates some of the effects of this disadvantage. “Equity” (a favored term on the left) requires treating boys not equally but differently.

The third proposal isn’t intended to do much to address the imbalances in higher education, but if the goal is educating “productive citizens,” then surely a trade is just as good as what were once called “the liberal professions.” Adolescent boys who might not respond even to a man teaching what passes for literature in high schools these days might do better with hands-on experience in the auto shop.

I have a good bit of sympathy with Reeves’s wonky inclination to stay away from the culture wars and to anathematize the excesses of the Right and the Left, but his approach misses some opportunities and seeks to gain our acceptance of, or acquiescence in, the victories one side has won in those wars. Let me begin with the missed opportunities. First of all, he says nothing about homeschooling as an alternative for the tailoring of education to meet the particular needs of young students. Since he embraces the “broader goal” of “opportunity pluralism,” Reeves should at least offer a few words on the subject. Perhaps there aren’t enough studies to give him confidence in making a recommendation, but my own experience, as a father who was persuaded by his wife that our first-grade son would flourish if he were brought home, leads me to think that Reeves should bring the ample resources of his employer to bear on studying that issue, recently made even more urgent by our Covid experience. Homeschooling is surely not for everyone, but neither is public school. And the available evidence, flawed though it may be, suggests that homeschoolers perform quite well in higher education.

Second, Reeves says nothing about the content of the education that boys and girls experience in K-12. Surely what is taught matters at least as much as who teaches it. Whatever can be said about our teaching of STEM in high school, my experience in almost 40 years of teaching college students is that few of them are well-prepared by their high schools to enter, with enthusiasm and aptitude, the conversation among great minds that is, or should be, at the core of a genuinely higher education in the humanities. In The Abolition of Man, C.S. Lewis says that the task of the modern educator is to “irrigate deserts.” I’m not confident that much irrigation is being done in American education, secondary or tertiary, but I am confident that the right teachers and the right (challenging, inspiring, and, above all, deep and profound) curricula can make the desert bloom. But consideration of that topic strays much too close to the culture war for Reeves’s comfort.

Reeves rightly criticizes the routine invocation of “toxic masculinity” to pathologize male identity.So I will endorse Reeves’s recommendations and hope that “opportunity pluralism” is capacious enough to embrace homeschooling and the curricular diversity that still exists in American secondary and tertiary education, however much under assault by the Left. I will also hope he’s an ally in efforts to preserve that diversity. It cannot but help boys become men.

This leads me to my second reaction to Reeves’s line of argument, which relies on a kind of economic and cultural fatalism, or determinism, to offer a vision of manhood that would likely win more applause from fans of Jesus and John Wayne than from fans of the Duke himself. To be sure, Reeves rightly criticizes the routine invocation of “toxic masculinity” to “pathologize naturally occurring aspects of masculine identity.” And he’s surely right that the economy is not going to produce a surge in demand for stevedores and lumberjacks, and that job growth will occur even more in HEAL (health, education, administration, and literacy) than in STEM fields. In these circumstances, women can be economically self-sufficient, with little or no need of men as providers. But by treating the family in this limited way—as merely or largely a productive and reproductive enterprise—Reeves seems to overlook its cultural (especially character- or virtue-forming) significance, which is central to both classical and Biblical understandings. Yes, he acknowledges the father’s role as teacher, but he implies that what fathers teach can be decoupled from their role as husband. In other words, what the father teaches and models is not necessarily relational or communal. Reeves apparently accepts as inevitable the expressive individualism that is at the core of the contemporary understanding of the family. But it strikes me as no more inevitable than any other cultural accomplishment. Its contemporary preeminence is the result, not of impersonal, irresistible forces, but of an extended and successful philosophical, political, educational, and cultural campaign.

Reeves would rather we not challenge this accomplishment since it empowers individuals—especially women, who seem better equipped “by nature” to succeed once they are “liberated.”

One might wish that Reeves had written a different book, one that is more “cultural” and less “wonky,” and that seeks not merely to meliorate the handicaps connected with “manliness” but to recover or reconstruct a “complementarian” world centered on the relationship between men and women. Recognizing that there are other people better equipped by inclination and learning to write such a book (for example, Boise State’s Scott Yenor), I’m not making such a demand. I ask only that we acknowledge both the strengths and limitations of Reeves’s approach, recognizing that his policy proposals are, in effect, band-aids, not comprehensive solutions to the challenges faced by boys and men in the contemporary world. I welcome the band-aids to slow the bleeding, but I do not expect the patient to recover if that’s all we offer.

Joseph M. Knippenberg is Professor of Politics at Oglethorpe University in Brookhaven, Georgia.