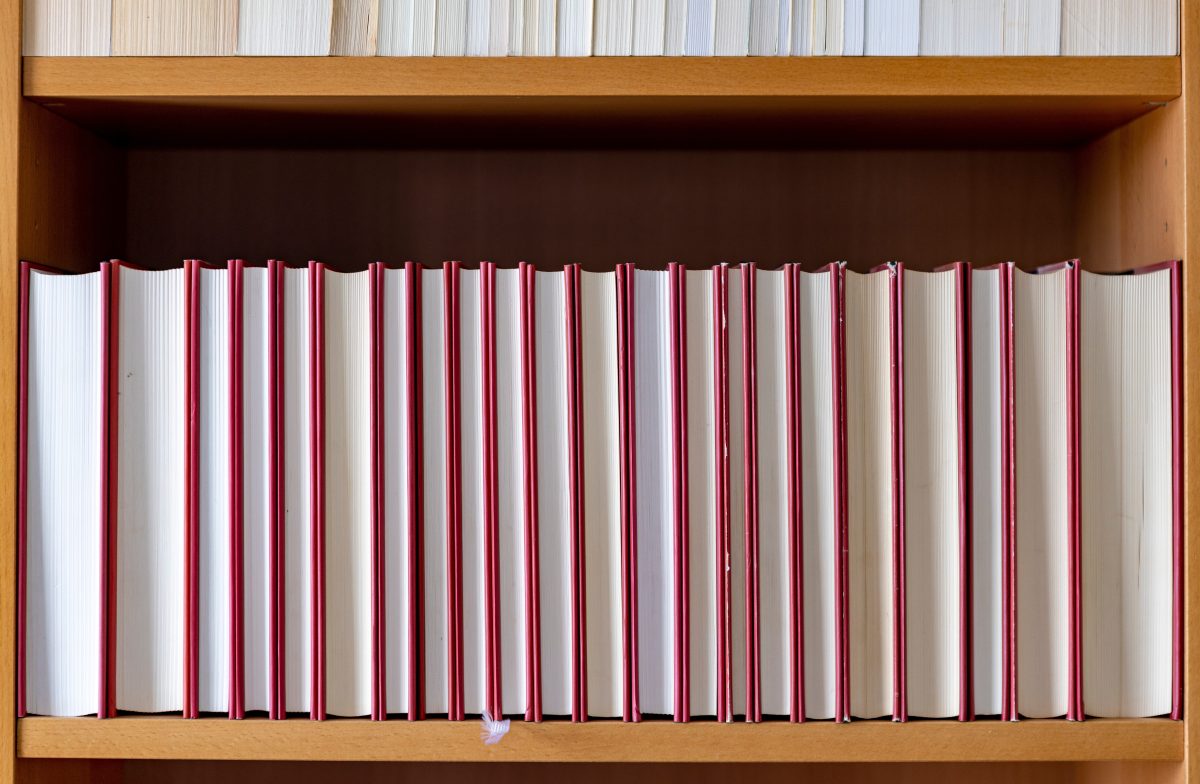 Like an overlong proxy war, the “canon” skirmishes of the 1980s and ’90s no longer feature in the media, though the conflict persists. As in a battle over this or that town, the ongoing war might manifest as a fight over particular books, but the real disagreement exists between competing visions for humanity and society.

Critics of the literary canon usually point to its preponderance of white males, but this antipathy toward tradition traces down to a more fundamental, even revolutionary, first principle. The radicals behind the anti-canon movement want more than the expansion of the existing canon; they want to eradicate any commitment to aesthetic ideals, objective truth, or moral imposition. Undergirding their resentment of Shakespeare or Tolstoy is a resentment of Western values as such, and so saving the canon is about more than saving Romeo and Juliet.

Undergirding resentment of Shakespeare is a resentment of Western values as such.In an essay that astutely chronicles the original canon war, philosopher John Searle rightly observes that “opening up the canon” would not satisfy most professorial radicals; rather, “the whole idea of ‘the canon’” had to be abolished. Professor of education Henry Giroux expresses the more radical belief of the anti-canon proponents when he criticizes the mere liberals of the 1960s (as opposed to the postmodernists), who “remained partially constrained by modernist assumptions.” Postmodernism, meanwhile, “asserts no privileged place, aside from power considerations, for the art works, scientific achievements, and philosophical traditions by which Western Culture legitimates itself.”

Giroux says the quiet part out loud. Where a classical understanding of education helps a child align his mind to objective reality and his actions to objective morality, the radicals wanted to eradicate any constraint from without. A canon of literature assumes objective standards of beauty, truth, and goodness, and so it must go.

This complete deconstruction is what anti-canon activists want. Their criticism of book lists is merely one part of the larger progressive project: Deconstruct all objective “oughts” as a means of guiding individual and societal behavior. Instead, personal desires and subjective perceptions, not right living or true belief, should become the final aim of man.

This begins, in education, at the curricular level. Giroux chronicles the “many colleges” that “reduced the number of so-called breadth requirements” and celebrates the “students [who] won both the right to initiate new courses and a greater voice in educational governance.” Students won not when Langston Hughes earned the respect of the professoriate but when they rid themselves of the imposition of knowledge from any authority, be it campus administrators or appeals to aesthetic superiority. The students believed that they alone should guide their learning.

This resentment of external imposition extends beyond education to any tradition or institution that places a responsibility on the individual from without. For example, Giroux betrays this larger goal when he derides our society for setting up the “nuclear family as the institution of preference.” When anyone marries or has children, the institution demands that he set his own desires and sense of entitlement as secondary to the needs of his family. And so the traditional family must go.

These ideological contagions have left the university lab and reached the halls of K-12.Perhaps the most egregious example of progressive deconstruction is contemporary gender ideology. Where it was in vogue decades ago to criticize religion or traditional institutions like the family, now even nature cannot impose itself on an individual. Self-actualization and subjective perception have such a final claim upon reality that one’s personal sense of gender—regardless of chromosomes or phenotypes—takes precedence. Thus, nature itself must conform to individual desire through gender surgery and hormone therapy.

When Searle wrote his reflection on the original canon war, he considered all of the arguments about poststructuralism and postmodernism to be “a silly but noncatastrophic phenomenon.” He was uncertain if he was “dealing with temporary fads and fashions or with long-term assaults on the integrity of the intellectual enterprise.” Alas, it proved to be the latter. Making the problem worse, these ideological contagions have left the university lab and reached the halls of K-12.

During and after the ’60s, overt endorsements of these radical views stayed behind closed university doors. Even there, progressives and conservatives found a tenuous compromise: Universities shed many of their general-education credits, but they held on to a few frayed threads of objective knowledge and tradition.

In schools of education, however, the radicals won out entirely, and so radical ideology began spilling out into public schools. Paulo Freire, an outspoken Brazilian Marxist, became an intellectual leader, and his apostles like Giroux came to run the departments. Freire and his disciples popularized what became known as “critical pedagogy,” an approach to education that sees social transformation and the deconstruction of “oppressive” structures as the final end of education, replacing academic instruction classically understood.

This aversion to classic novels, among other traditional materials, has become ubiquitous. The Units of Study, one of the most-used English curricula in the country, asks students to select their own books, design their own writing projects, and spend their time cloistered off, working independently. Similarly, in a height of irony, The National Council of Teachers of English recently recommended that we “decenter book reading and essay writing” in our English classrooms.

What does the progressive ideal present to students? What values does it communicate? That their personal desires ought to be the final arbiter of morality? That their own interests should be the only judge of what actions are worth doing or not doing? That any imposition of responsibility from outside themselves can and should be ignored?

Such questions extend far beyond the English classroom and the booklists therein. In the 1980s, Searle observed professors who wanted to make “social transformation the primary goal of education.” Now, Seattle public schools ask, in their math curriculum, how students can use math to “resist and liberate” or “measure their activism.” Similarly, action civics, whereby students spend their social-studies classes learning about societal issues and advocating for change, replaces traditional history classes. Education becomes a means to deconstruct “oppressive” societal institutions and systems.

If left unchecked, this worldview will continue to spread until it has deconstructed every institution. The logical conclusion to Freire’s pedagogy is a society that has razed itself to the ground. And the great irony of it all is that, once this has been achieved, the students whom postmodernism has created will lack the academic training and vision of a good life to build something worthwhile in society’s stead. Deconstruction is a wholly destructive philosophy.

Ironically, in his criticisms, Giroux presents the solution to his own radicalism. Speaking derisively, he tells how William Bennett, former secretary of education, tried to revitalize the education system:

He urged a massive curricular revision, the central features of which were resuscitating math and science education, concentrating on transmitting the canonical works of Western civilization as a required part of the undergraduate curricula of elite colleges and universities, and emphasizing values such as respect for authority, especially in the family, as well as patriotism.

If we’re currently watering our garden from a tainted well, it’s not enough to simply cut off the outflow of water; we must move the tap to another source. That’s a large task, but, as Republicans are now becoming the trusted party for education reform, it’s one that we can begin to undertake.

Daniel Buck is a teacher, editor in chief of the Chalkboard Review, and a senior visiting fellow at the Fordham Institute.

The Strange Attack on Blind Reviewing

Why the Canon Wars Still Matter