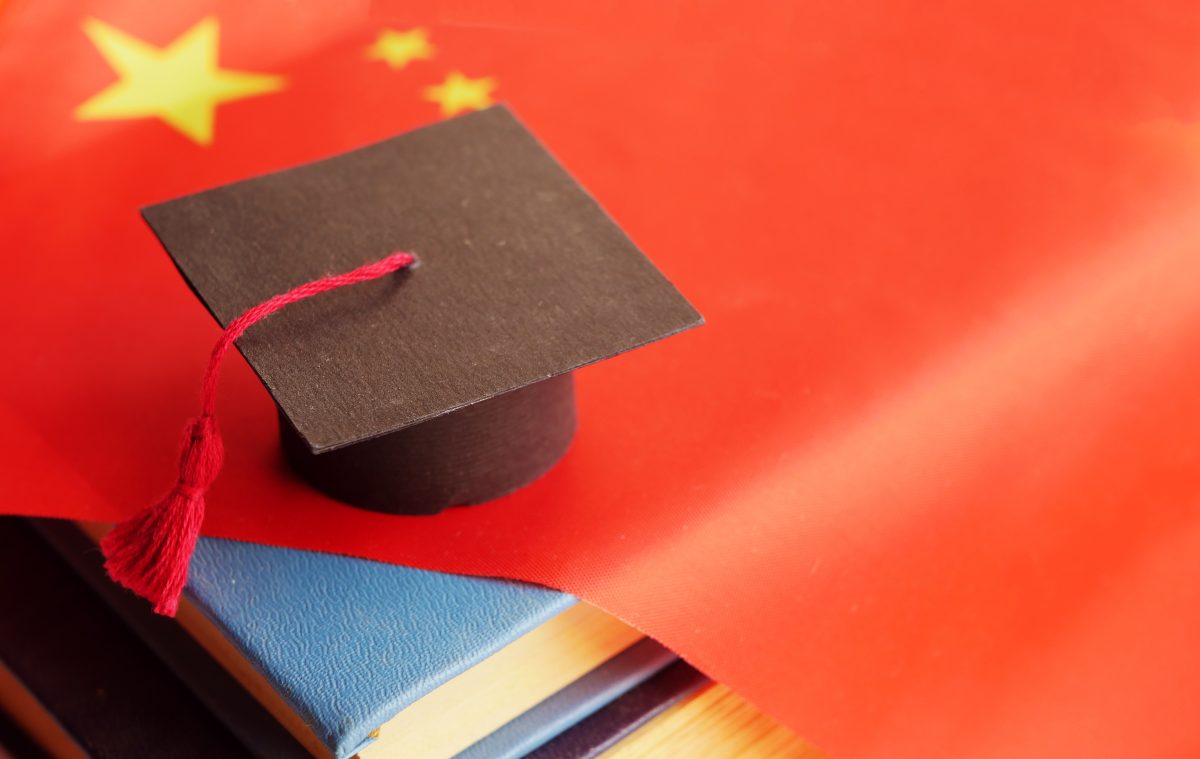 The United States is world-renowned for its higher-education system. As a result, it has become home to a massive population of international students. These students contribute to the cultural and intellectual diversity of our campuses, enrich the experience of the student body, and bring in-demand expertise to our institutions. However, this positive enterprise is thrown into peril when foreign actors exploit the freedom and opportunity provided by American universities for political and economic gain.

This is exactly what the People’s Republic of China is doing at American colleges and universities—including some in North Carolina. The Chinese government, through its embassies and consulates in the United States, has sought to suppress free speech among visiting Chinese students, fund political action surreptitiously, influence public perception of China, and gain access to ongoing research and protected intellectual property.

Officials are already sounding the alarm. Inside Higher Ed reported on testimony from FBI director Christopher Wray, in which he expressed concern over the accessibility of universities to malicious foreign actors, stating, “The level of naïveté on the part of the academic sector about this creates its own issues. They [China] are exploiting the very open research and development environment that we have, which we all revere, but they’re taking advantage of it.”

While the FBI notes that the vast majority of the 1.4 million international students studying in the United States do not pose a threat to their institutions or national security, it reported that “the annual cost to the U.S. economy of counterfeit goods, pirated software, and theft of trade secrets is between $225 billion and $600 billion.” Much of this cost is incurred by prestigious academic institutions, where the principles of academic integrity are subverted by the theft of ongoing research materials, intellectual property, and sensitive data.

In addition to the economic and national security risks associated with Chinese malice, Chinese Communist Party (CCP) influence poses a dire threat to university campus climates and free expression. According to the United States-China Economic and Security Review Commission (USCC), “China uses what it calls ‘United Front’ work to co-opt and neutralize sources of potential opposition to the policies and authority of its ruling Chinese Communist Party.” The CCP delegates this mission to its United Front Work Department, which, according to the USCC, has extensive foreign influence. The United Front Work Department conducts “overseas Chinese work” in which it employs Chinese organizations and individuals to advocate for Chinese governmental interests. According to the USCC, this is done in a manner that is hard to trace directly to the CCP, so that accusations of misconduct can be dismissed as racial prejudice.

Indeed, as reported by Foreign Policy, as President Xi has expanded his foreign sway, “consular officials have markedly increased their efforts to exert ideological influence over students.” Chinese embassies and consulates often pressure CSSA leaders to promote “patriotic” propaganda, post state-sponsored articles on their websites, and attend events featuring diplomatic visits of CCP officials. These entanglements foster an environment that can become hostile to political dissent, leading to self-censorship in the visiting Chinese and Asian-American student populations.

The USCC states that CSSAs are active participants in United Front work and “routinely coordinate with the Chinese government … in the suppression of free speech and the harassment, intimidation, and surveillance of Chinese student activists.” For example, U.S. counterintelligence officials believed a CSSA member at UC-Berkeley was reporting the activities of other Chinese students to the CCP secret police. Even more concerning actions have been taken by CSSA officers in other countries. The USCC noted that, in Egypt, two Uyghur Chinese students who were jailed by Chinese and Egyptian authorities stated that the president of the CSSA in Egypt had interrogated them about their religious practices before their arrest.

CSSA-related political tension came to a head at Duke University in 2008 when Grace Wang, a Chinese student, attempted to facilitate open conversation between Chinese and Tibetan students at a campus protest. After being shouted down and escorted away by campus security, Wang checked the Duke CSSA website, where she saw organization officers “gloating” about the turmoil. After responding with a call for civil discussion, she found the website flooded with pictures of her labeled “traitor,” as well as her Chinese parents’ state ID numbers. She then learned that her parents were receiving death threats and being harassed at their home in China. Her diploma was subsequently revoked by her Chinese high school.

Universities should be wary of threats to free expression on campus, especially those linked to foreign governments.The actions of Chinese officials and CSSAs also affect campus-wide opportunities. The Columbia University CSSA (which the university shut down for conduct violations) successfully “canceled” a presentation on Chinese government human-rights abuses. The UC-San Diego CSSA attempted to prevent the Dalai Lama from speaking (a common occurrence). According to a Chinese publication, a group of CSSA presidents in Houston acknowledged their goal of “promoting Chinese history and culture” on campus while “suppressing hostile forces.” These actions inarguably pose a direct threat not only to dissenting students but to the overall academic freedom and intellectual diversity of campuses around the country.

Universities should be wary of such organized threats to free expression on campus, especially when the organizations in question are directly linked to foreign governments. NC State’s CSSA website, for instance, proclaims that the organization is “formally affiliated” with several offices, including the “Embassy of P.R. China in USA.” The USCC report on George Washington University’s CSSA president uncovered the statement, in a promotional video, that that organization is “directed by the Chinese embassy.” The CSSA at Michigan Technical University, in addition to indicating a direct relationship with the embassy, notes in their constitution that they “will not participate in any political revolutions, unless in special conditions,” according to a Forbes report.

CSSAs’ connections to the Chinese government often involve financial ties. Foreign Policy’s report found that CSSAs frequently take money directly from Chinese embassies and consulates, though the monetary trail can be difficult to trace at many universities. Three CSSA members told Foreign Policy that, “in some cases, the consulate deposits the money directly into the personal account of the CSSA treasurer or other officer, rather than the official CSSA account.” This prevents universities from monitoring the financial activities of these organizations.

In an effort to ascertain whether UNC System schools received Chinese government money, I filed FOIA requests at all five state universities that have a CSSA chapter (see list below). None have provided insightful information regarding CSSA finances or budgets, and several asserted that they have access only to information regarding the money that the university or its student government has given the organization. Without a concerted investigative effort on the part of North Carolina’s universities, the financial inner-workings and consular ties of CSSAs will remain a mystery.

Considering the behavior of CSSAs at colleges and universities across the country, Chinese government involvement, and furtive financial practices, UNC System schools should maintain a heightened state of awareness regarding the activities of their respective CSSA chapters. Universities should ensure that CSSA actions align with their stated purpose of welcoming Chinese students to campus, not with the CCP’s United Front agenda.

In short, while we should avoid McCarthyism, we must ensure transparency and maintain vigilance. Our leaders must become more aware of how our institutions are being influenced so that we can ensure the freedom and safety of our international students, foster an intellectually open environment on campus, and allow our higher-education institutions to serve their purpose as places of open inquiry and drivers of freedom and opportunity.

Harrington Shaw is a summer ’22 intern at the James G. Martin Center for Academic Renewal and a rising junior studying economics and philosophy at UNC Chapel Hill.

Editor’s Note: An earlier version of this piece stated that UNC-Chapel Hill declined to provide information about its CSSA chapter’s finances. In fact, that chapter has been inactive for several years. We regret the error.

How China Plays Us for Fools: CCP Subversion of Student Groups

Did You Know? Student Loan “Pauses” Help Those Who Can Afford to Pay

Did You Know? Violations Found in UNC System Audits