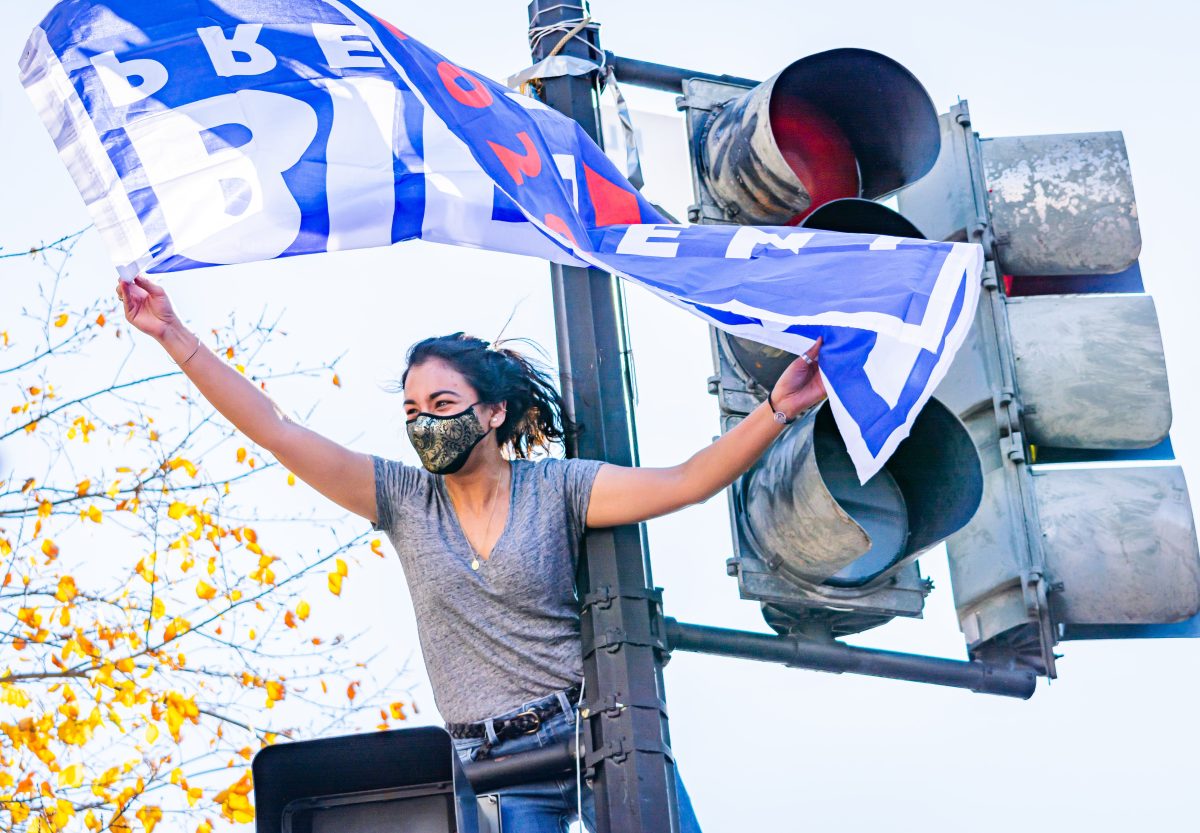 From the earliest days of his administration, President Biden has been under pressure from activist groups and many fellow Democrats to take action to relieve students of their college loan debts. For example, a coalition of 105 organizations urged him to unilaterally cancel most or all of the more than $1.6 trillion that students owe. Doing so, they claim, would enable borrowers to start generating wealth, saving for retirement, and beginning families.

Can the president simply declare that debts owed to the government under these loan contracts are forgiven? If so, will it have the beneficial consequences envisioned by advocates? And what if any disadvantages would such a move have?

In a recent study done for the Texas Public Policy Foundation, Andrew Gillen meticulously analyzed the arguments pro and con. A particularly appealing aspect of Gillen’s approach is that he avoids the tendency to set up “strawman” versions of the arguments for loan forgiveness—that is, asserting weak versions of those arguments that are easily knocked down. Instead, Gillen insists on doing the opposite. He “steelmans” the case for loan forgiveness, which is to say that he deals with the strongest versions of the case by citing its best advocates.

Let’s begin with the legality of the proposed cancellation. That ought to be the first question posed, since there’s no point in discussing the matter further if the president lacks the power to do it.

The Biden administration does not have plenary power to forgive student loans generally.The claim that the president does have this authority is grounded in the Higher Education Act of 1965, which provides that the Secretary of Education (and thus, presumably, his superior, the president) may “modify, compromise, waive, or release any right … including any equity or right of redemption.” Advocates of loan forgiveness leap to the conclusion that the language means that the president can cancel student loan payments because that entails “waiving” the government’s right to receive repayment.

Gillen contends that this language does not convey blanket loan forgiveness authority, pointing to the rest of the section quoted. It says that the Education Secretary may “modify, waive,” etc. only “with respect to the functions, powers, and duties vested in him by this part….” What that means is that the secretary is authorized to waive payments only under the terms of specific loan forgiveness programs enacted by Congress. It is not plenary power to forgive student loans generally.

Moreover, under the Constitution, Congress has the power of the purse, not the executive branch. Nowhere in Article II, which sets forth the authority and duties of the president (and his subordinates), is there any hint that his authority includes waiving the government’s right to receive payments.

Finally, the courts have not been sympathetic to the Biden administration’s claims of extraordinary power. The rent moratorium decreed by the Centers for Disease Control and Prevention was declared unconstitutional by the Supreme Court last year. Paying off student loan debts may be difficult, but it would be harder on the students who have them to be told that their debts have been canceled, only to see them reinstated later when the courts rule that the president doesn’t have the authority.

How about the moral arguments for loan forgiveness? Senator Bernie Sanders, one of the leading proponents of forgiveness, stated that cancellation “ends the absurdity of sentencing an entire generation to a lifetime of debt for the crime of getting a college education.” And some students were misled into believing that the college program they borrowed for would do much more for them than it did. So, why shouldn’t the government be compassionate and relieve them of their burdens?

Loan forgiveness advocates have also advanced distributional arguments, stating that forgiveness would help to close the black-white wealth gap, since black students have a harder time repaying their loans than do white students. The data support that point, but Gillen replies that group redistribution for its own sake is both bad policy and of dubious legality. The Fourteenth Amendment ensures “equal protection of the laws” for all citizens, and the Supreme Court has ruled against the legality of policies that are meant to benefit some racial groups over others. Therefore, the argument based on wealth redistribution is weak.

Finally, the pro-debt forgiveness side claims that the policy would be beneficial to the economy since the debtors would be able to spend the money that they now turn over to the U.S. Treasury. The added purchasing power would, supposedly, give the economy a boost. Gillen, however, disputes this notion. Since the federal budget is already far into the red, debt forgiveness would necessitate increased federal borrowing to offset the loss of revenue. That’s undesirable, he explains, because “higher deficits today imply higher taxes tomorrow, which will suppress future economic activity.”

To Gillen’s point, I would add that since the U.S. is already experiencing rapid inflation, infusing still more purchasing power won’t increase production but will instead lead to still higher prices.

Turning to the disadvantages of loan forgiveness, Gillen identifies several.

First and foremost, it would encourage students in the future to borrow even more, expecting that they, too, would benefit from similar political generosity. Economists call the propensity to engage in risky behavior if you think that any losses will fall on others “moral hazard.” Gillen sees that moral hazard is likely to lead students in the future to be more extravagant in borrowing for college if current debtors have their loans forgiven.

That point is even acknowledged by several academic backers of loan cancellation in a study done for the Levy Institute in 2018, “The Macroeconomic Effects of Student Loan Cancellation.” Their solution to the moral hazard problem is to combine loan forgiveness with a program to ensure “free or debt-free” college for all. Thus, it appears that general loan forgiveness is just a stepping stone to the true objective of progressives, namely making college education another entitlement.

If we forgive student loans, colleges will raise tuition.“Free college” or no, the moral hazard argument against loan cancellation is a powerful one. Students would be encouraged to borrow and spend recklessly, to the ultimate cost of the taxpayers.

Furthermore, if we forgive student loans, another predictable consequence will be that colleges will raise tuition. Gillen writes, “If students do not have to repay the debt that finances all these ventures, then one of the only significant constraints on tuition—student and parent willingness to pay—is removed.” This would exacerbate the cause of the problem that student aid was meant to solve, namely the high cost of attending college.

Finally, a loan forgiveness policy would be most beneficial for those who borrowed heavily for professional degrees in law and medicine—people who are earning high salaries and are among the country’s most successful individuals. Relieving them of the need to repay their student loans would unjustifiably increase the wealth gap between rich and poor. Progressives often rail against that gap, but student loan cancellation would make it wider.

Student loan cancellation is a very bad, politically driven idea. As a counter to this proposal, I suggest that we think about cutting the Gordian Knot, which is to say, eliminating federal student aid programs. Congress should enact legislation saying that, as of a future date (perhaps in five years), all federal lending for higher education will end. That would give students and institutions time to adjust back to the reality that prevailed in America until 1965—financing higher education is something for families and private lenders to deal with, not the federal government.