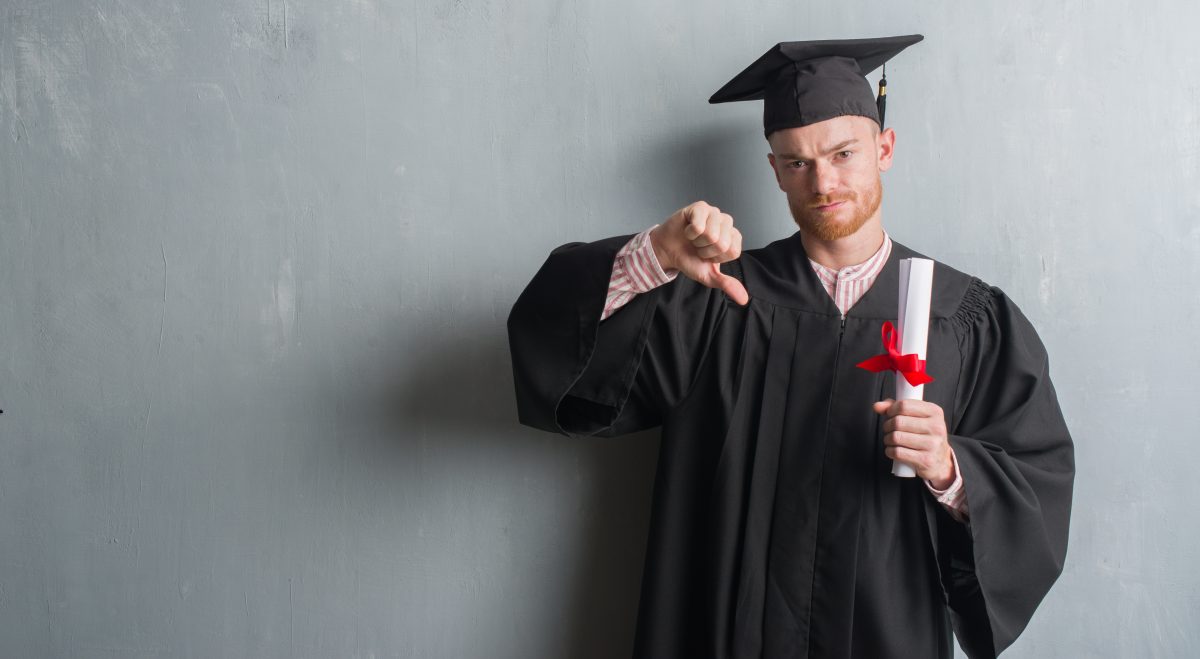 It’s old news by now that the wage premium attached to a college degree largely depends on the field of study. Engineering and health care, for example, are far more likely to lead to a faster economic payoff than the arts or religion.

But what if prospective employers were provided convincing evidence that graduates actually learned something of substance while in school? Would that change their minds about whom they hired? If a critical mass of employers demanded proof of student learning, then colleges would be pressured to provide that information. After all, the majority of students report that their main reason for going to college is to attain a job. What good would a college education be if students couldn’t give prospective employers the information they desired?

So goes the argument for the adoption of “the National Collegiate Exit Examination” (NCEE). Proposed by Ohio University economist Richard Vedder, the NCEE would measure students’ critical thinking abilities by requiring them to write a persuasive essay from various sources and solve a variety of math and related problems. The test would last three and a half hours.

At first glance, the NCEE has great intuitive appeal. After all, what’s wrong with testing for literacy and numeracy? But looks can be deceiving. A closer look at college exit exams in general suggests that they are not the easy fix some purport them to be.

Proponents of the NCEE argue that the test would offer those lacking the time or money an alternative pathway to impress employers even if they were not currently enrolled as a student. With tuition showing no sign of tapering off and student debt soaring, the opportunity to demonstrate proficiency in skills and knowledge would be a godsend. The test would also be applauded by employers who complain that the college graduates they hire aren’t ready for the workplace. One 2015 survey of business owners, for example, found that “nine out of 10 employers judge recent college graduates as poorly prepared for the workforce in such areas as critical thinking, communication and problem solving.” Knowing job candidates’ abilities from the get-go means employers would be able to avoid the costs related to bringing new hires up to speed.

Those in favor of tests like the NCEE also emphasize that it can help restore confidence in the quality of higher education. Over the last few years, campuses are increasingly on the defensive against charges that students don’t learn anything of value in college. Academically Adrift: Limited Learning on College Campuses made headlines in 2011 when it found that 45 percent of undergraduates in a survey of colleges and universities nationwide showed no improvement in critical thinking at the end of their sophomore year, compared to their scores as entering freshmen, and 36 percent showed no significant improvement after four years. But if schools could demonstrate via an exit exam that students do learn, the argument goes, it would help them push back on the perception that college is a waste of time and money.

However, although college exit exams are making a splash in the headlines, the general concept is not new.

Wayne State University once mandated that its students pass both a math and English competency exam in order to graduate. The English portion was a five-paragraph persuasive essay, and the math portion consisted of a one-hour multiple-choice test. But when too many students failed the test and couldn’t graduate, it was jettisoned. For that reason, colleges are likely to resist the implementation of an exit exam like NCEE. No college wants to be embarrassed.

Nothing can replace motivation and hard work, not even a test.

Then there’s the College Learning Assessment Plus, a standardized test with equally discouraging results. Rather than testing for specific content knowledge gained in particular courses or majors, it was designed to assess students’ growth in abstract reasoning and problem-solving. Colleges where students performed poorly tried to defend themselves by claiming the lack of progress between freshmen and seniors was because students were so advanced when they arrived that they had little room to improve. But that argument was seen as a way of diverting attention away from the overall disappointing results.

Students’ poor performance on learning assessments shouldn’t be a surprise, however. One need only observe their behavior to see that many do not take their academics seriously.

Indeed, the average student today hits the books for just 14 hours a week. That compares with about 24 hours a week in 1961. The decline affects students in all majors, from all demographics, and in all colleges. Students themselves candidly admit that they are not studying very much and still getting by. According to the associate director of the National Survey of Student Engagement, students taking a full load of 15 hours should be studying 30 hours a week. Can it be that their resistance to hit the books is the real reason they disappoint their employers, rather than what they major in or the cachet of their degrees?

Nothing can replace motivation and hard work, not even a test. That’s partly why college exit exams, including NCEE, are not a promising solution. They will not change student behavior. There is no reason they will under the present system.

If the number one goal of an exit exam is to restore employer confidence in the value of a degree, colleges’ reluctance to adopt the test is understandable. No single test—no matter how well designed—can do so. Employers will always do far better by examining an applicant’s past experiences, recommendations, and profile. That’s because standardized tests are limited in what they can predict about students’ abilities.

Until Bates College made SAT scores optional in 1984, the argument was that they were indispensable because of grade inflation. But the college’s twenty-five-year study found little, if any, significant difference in the four-year performance and on-time graduation rates between submitters and non-submitters of standardized test scores.

The same argument about indispensability is made by NCEE supporters.

However, the ability of NCEE or any other standardized test to provide employers with useful information about applicants is as limited as SAT scores are in predicting future performance in college. So much depends on other factors that cannot be reliably identified with any degree of certainty by any instrument. So-called soft skills, like emotional intelligence, remain beyond quantification. Yet they play an important role in success in the workplace.

In the final analysis, it’s time to admit that college is merely the most convenient place to learn how to learn. It is not an absolute determinant in students’ ability to gain new skills or secure a good job. The NCEE will continue to find great support from disillusioned and frustrated stakeholders, but it promises far more than it can deliver in practical terms. That’s the takeaway few will admit.