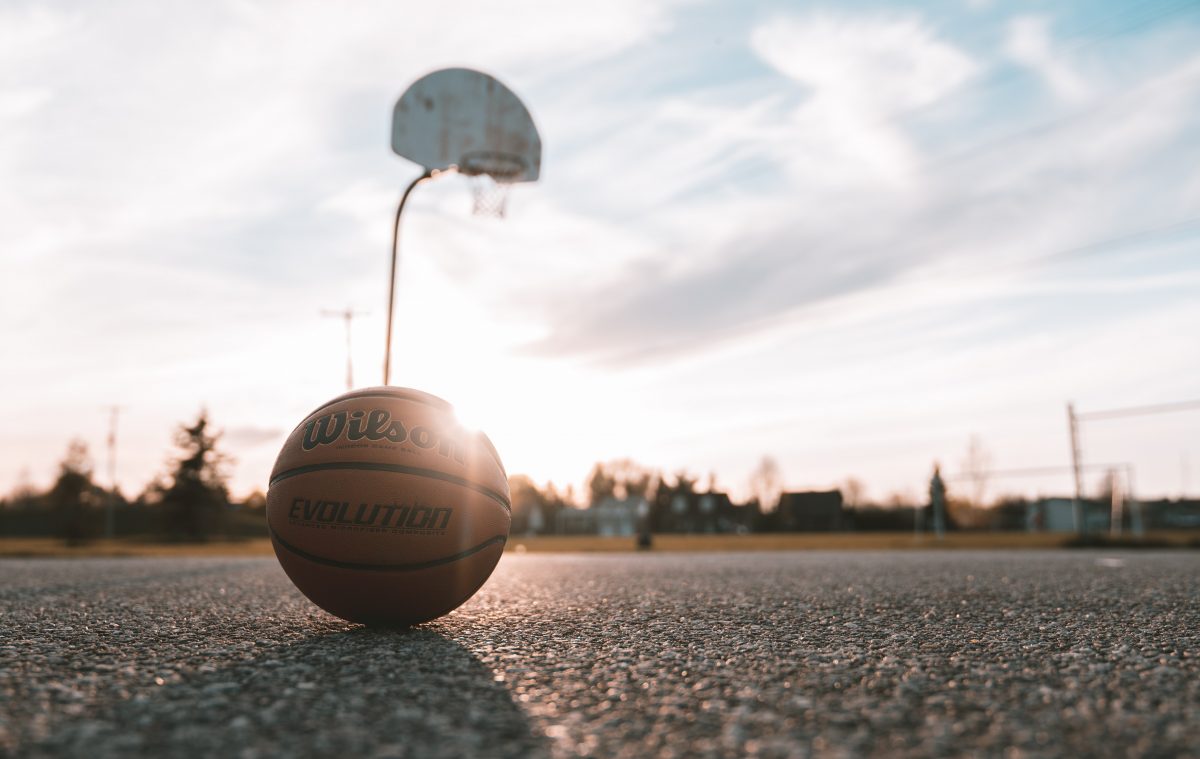 A decade ago, the University of North Carolina at Chapel Hill was engulfed in a sports scandal that made national headlines, brought down a chancellor who seemed destined for a lustrous career, and caused the school huge expenses in litigation and for public relations experts. For the Carolina faithful, those events are now just a bitter but much faded memory. The university has made the needed changes to avoid any repetition so everything is all right.

At least, that is the conventional wisdom. One UNC graduate who has his doubts, however, is Andy Thomason, author of a new book, Discredited: The UNC Scandal and College Athletics’ Amateur Ideal. Thomason was a UNC student during the scandal, serving as editor of the Daily Tar Heel. After graduating from UNC, he took a job with the Chronicle of Higher Education where he is Assistant Managing Editor.

Thomason retains his devotion to his alma mater, but is troubled by the “everything’s okay now” perception. He doesn’t know how right he is.

The key to understanding Thomason’s thinking about UNC’s scandal, and indeed the whole of America’s craze for big-time college sports, is the utter absurdity of the “amateur ideal.” The National Collegiate Athletic Association (NCAA) has long insisted that sports are clean and wholesome because the participants are “student-athletes.” That is, they are first and foremost students pursuing their education, and only secondarily are they players of football, basketball, hockey, or whatever sport.

Thomason shreds that myth. He writes:

The lives of most of the athletes who compete in the highest tier of college sports bear only a passing resemblance to those of their classmates. At universities like UNC, most of these students are admitted under different standards than non-athletes. When they get to campus, they have access to a separate team of academic advisers and tutors charged with ensuring their success, or at least preserving their eligibility. Meanwhile, a grueling schedule of practice and competition dominates their days, making coursework something close to an afterthought.

Digging far back into UNC history, Thomason relates the battle that UNC president Frank Porter Graham waged in the 1930s to prevent football from subverting the academic integrity of higher education. In particular, Graham was adamant that universities should not give athletic scholarships in order to recruit the best players. If that were allowed, he argued, the result would be a campus with two classes (scholarship athletes and everyone else), something that would “create problems undreamed of in our philosophy.”

Graham’s stand for academic integrity was rather like that of Leonidas and the Spartans at Thermopylae—doomed. The NCAA and the great majority of college leaders who cared more about the glory winning teams would bring their institutions prevailed. Schools could award athletic scholarships and confer all sorts of favors on players, so long as the favors were not monetary. The idea of truly amateur athletics was replaced by a “counterfeit version” that was masked by the use of a phrase concocted by the NCAA, namely “student-athlete.”

Many other universities had suffered athletic scandals, but UNC prided itself on being better. The “Carolina Way” supposedly meant that its sports stars were really students, earning their degrees while giving Tar Heel fans glorious victories. That notion, however, was deceptive. As the truth began to come out, it became clear that many UNC players had gotten through due to fake classes that kept their grade point averages high enough so they remained eligible to play.

Thomason recounts the details of the scandal in detail. Especially memorable was the involvement of Mary Willingham, a tutor hired by the university to tutor players who were struggling with their courses. She was sympathetic to them and was dismayed to find that many had pitiably low reading ability. That shocked her, since UNC supposedly had high admission standards, including for its athletes.

Not only did those students have difficulty reading, but when it came to written work, they had obviously plagiarized their papers. Willingham asked a superior what to do about that and was told, “Don’t worry about it.” She realized that many of UNC’s prized student-athletes were passed along without any real education.

Although Mary Willingham was distressed, those above her in the Athletics Department’s cottage industry of keeping academically challenged players eligible were perfectly content. One rationale was that the university benefited from more “diversity” by keeping the mostly black players who would otherwise fail enrolled. Another rationale was that no matter how little the players might learn, at least they were getting their UNC degrees, which was assumed to be their path to a successful life.

I will return to that point later.

A series of investigations revealed the unsavory truth about collaboration between the Athletics Department and certain elements of the faculty to ensure that players remained eligible no matter how weak their academic performance. The African and African-American Studies Department was the guiltiest party, although Mary Willingham offered the opinion that many faculty members were afraid to give players bad grades. UNC’s administration feared terrible penalties would come from the NCAA and perhaps also the Southern Association of Colleges and Schools (SACS), the organization that provides accreditation for the university.

(It’s worth noting that the deep academic integrity problems that the investigations revealed had gone undetected by SACS, which would lead one to question how much good it and other accreditation bodies are.)

But instead of severe penalties, UNC got off with a slap on the wrist from the NCAA, some loss of scholarships, and a one-year ban on post-season play. SACS did nothing.

In a face-saving measure, UNC promised a slate of reforms, including putting the support system for athletes within the academic side of the university rather than the Athletics Department, checking to make sure that classes were actually meeting, investigating courses with high percentages of athletes, and more carefully evaluating athletes to make sure they were an “academic fit” for UNC.

Thomason is not impressed by UNC’s response. Recalling Frank Porter Graham’s argument that allowing athletic scholarships would create serious, intractable problems, Thomason writes, “Rather than dust off his de-emphasis crusade, the university has made its patches and moved on.”

Unfortunately, most people will think that if UNC has made it impossible for another scandal to happen, then all is well. The school will still admit academically weak football and basketball players, but now they won’t slide through on fake courses and with illegitimate help from tutors. They won’t be Cheated out of an education (to borrow the title of the 2015 book on the scandal by Professor Jay Smith and Mary Willingham) so the critics should just move along. Nothing more to see here.

Even with UNC’s reforms (assuming that the Athletics Department doesn’t find ways around them), the football and basketball teams in particular will still have many academically marginal players who are far behind most of their classmates in basic reading and math. Can those individuals really gain much ground educationally when they have to devote so much time and energy to their sports?

Professor Jasmine Harris of Ursinus College writes here that she believes it is naïve to think that athletes have time for their coursework. Her research, she says, shows that Division I football and basketball players “spend three times as many hours per week on athletics as they do on academics.” Therefore, Harris continues, athletes “aren’t able to fully actualize their identities as students to the same degree as their classmates.”

Those students are the ones who need to devote significantly more time to academics if they are to advance equally with other students, but instead they put in much less.

Moreover, the academic programs that “student-athletes” most often pursue are not ones that hold much promise for life after college. Writer Kevin Trahan makes that point in his article “Athletes are getting degrees, but does that actually mean anything?” Reacting to the claim by NCAA president Mark Emmert that the collegiate sports model works because many of the players earn their degrees, Trahan responds, “The NCAA’s argument ignores the fact that some degrees are worth far more than others. Athletes are routinely clustered into majors that don’t set them up to succeed later in life, mainly because those majors are easy enough for athletes to focus on their sport.”

At least, it might be said, the academically weak players benefit from the remedial coursework they take. The problem is that we aren’t sure that remedial coursework accomplishes much, even under the best of circumstances. That’s the conclusion of a 2016 Century Foundation Report.  It concludes that “rigorous statistical analyses suggest that remediation does not improve long-term student outcomes.” If remedial classes are questionable for regular students, they must be even more so for athletes who are mainly dedicated to their sport.

A very few star college players make it into the professional ranks and (for a time, anyway) do very well. But what of the vast majority of players who don’t? The labor market is already glutted with college grads who end up underemployed and it is hard to believe that the second-string linebacker who eked out a degree in Communications would be any more successful.

Thomason’s book should inspire research into the post-college lives of typical players. All the “patches” that UNC or any other big-sports university can devise can’t solve the underlying problem that Frank Porter Graham identified some ninety years ago.