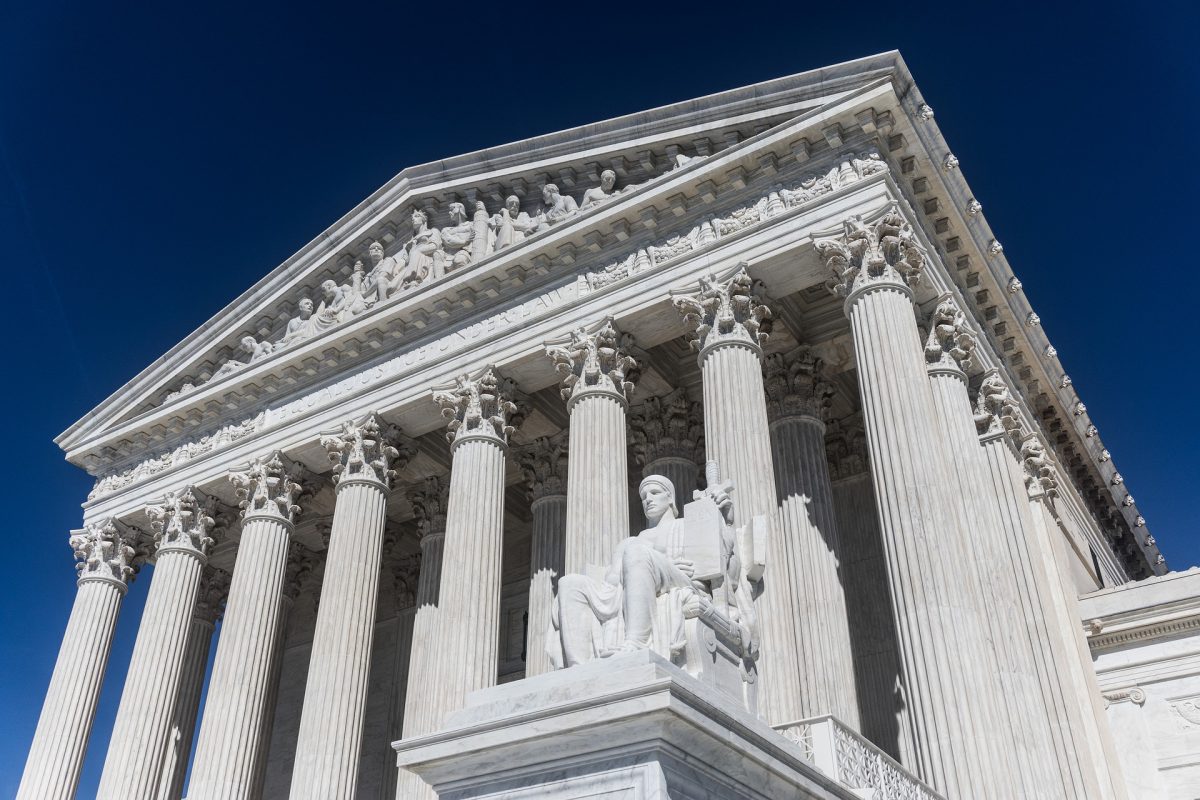 Over the last 30 years, federal courts have consistently ruled that restrictive speech codes and minuscule free speech zones on college campuses violate the First Amendment. So, why do college administrators continue to create and enforce such policies?

The answer is that they face no penalty for doing so.

A case that arose back in 2016 at Georgia Gwinnett College (GGC) presents the Supreme Court with the opportunity to rectify that.

Two students at the college, Chike Uzuegbunam and Joseph Bradford, were fervent Christians who wanted to communicate their beliefs to others on campus. When they spoke about Christianity and handed out literature, however, they were confronted by campus officials who informed them that their activities could only be carried out in the school’s free speech zone, which amounted to a tiny fraction of the campus.

The two students complied with the rules, which included making reservations for the free speech zone days ahead of time. On the day in question, they were speaking in normal, non-aggressive tones to passers-by when school officials again told them to stop because they were in violation of the school’s speech code, which forbade “disorderly conduct.”

Under the code, if anyone complained that a communication disturbed his “peace and comfort,” the speaker was guilty of disorderly conduct.

In short, GGC permitted the “heckler’s veto” without even the need for heckling. Just a phone call was all it took to silence the students.

Since someone had complained, Chike and Joseph were ordered to stop their efforts. If they hadn’t, they’d have faced punishment from the college.

Those events came to the attention of the Alliance Defending Freedom (ADF), an organization that battles against attacks on the First Amendment. Seeing a blatant First Amendment violation, ADF filed suit on behalf of the students.

At that point, GGC officials, no doubt after consulting with legal counsel, decided that their best move would be to change their restrictive speech policies. The school dropped its requirement that free speech could only be exercised in the tiny “zone” and also its language declaring that speech that anyone found at all disturbing was punishable “disorderly conduct.”

When the case went to trial, GGC moved that the complaint be dismissed because there was no longer any real dispute. The school had fixed the problem that gave rise to the suit and therefore the case was “moot.” In legal parlance, that means that there’s no longer any reason for a court to spend time on a case.

The federal district judge agreed with the school’s mootness argument and dismissed the case in June 2018.

That was a perfect example of what attorney David Osborne, CEO of Americans for Fair Treatment, calls the “First Amendment attack and retreat” strategy. He writes,

In creating their unconstitutional policies, the college surely considered the possibility of litigation, ultimately wagering that students were unlikely to push back, get legal counsel, or go through with a lawsuit over it. And if students did end up marshalling the resources to fight back, the college could always reverse course and change the policy. Even this small college knew how to exploit the ‘mootness’ doctrine in order to get a case dismissed.

That’s why Osborne calls this the “attack and retreat” strategy—free speech rights are first attacked, but if individuals fight back, the school (or, as Osborne observes, labor unions) retreats to avoid losing and setting a legal precedent.

College officials have often used that tactic, ADF points out.

Disappointed with the district court’s decision, the students appealed to the 11th Circuit Court of Appeals (which hears cases from federal courts in Georgia, Alabama, and Florida), but that court upheld the district court.

ADF attorneys then petitioned the U.S. Supreme Court to review the case, which it agreed to do. Oral arguments in Uzuegbunam v. Preczewski were heard on January 12.

The Supreme Court could and should decide the case so as to drive a stake through the heart of the “attack and retreat” mootness ploy. At the same time, it has a perfect opportunity to validate students’ free speech rights and put college officials on notice that there will be serious consequences for future violations.

A strange wrinkle in the case is that the 11th Circuit based its opinion on a precedent peculiar to that circuit: If the plaintiff requests only nominal damages for his injury, the case cannot be heard. (That was based on a decision in the circuit that was made after Uzuegbunam was filed.) Since the two GGC plaintiffs were not asking for compensatory or punitive damages, the 11th Circuit, in addition to agreeing that the case was moot, decided to uphold the lower court’s ruling.

Arguing against the 11th Circuit’s rule against cases that only sought nominal damages, ADF president Kristen Waggoner maintained that many kinds of constitutional violations don’t lend themselves to claims for large amounts of money damages but are nonetheless important to recognize. To award the injured party even $1 upholds his legal rights and sets a precedent.

As for mootness, ADF argued, “A case is moot only when it is impossible for a court to grant any effectual relief.” Here, courts could give the two students relief: A tiny amount of money plus the satisfaction of knowing that courts acknowledge that their First Amendment rights had been violated.

Among the organizations that have filed amicus curiae briefs in the case is the Foundation for Individual Rights in Education (FIRE). Its brief argues,

Case law on the constitutionality of college and university speech codes and other policies would stagnate under the Eleventh Circuit’s outlier rule, making it harder for students to assess whether their rights have been infringed and to hold campus officials accountable for constitutional violations. Fewer cases would be litigated to a judgment on the merits, leaving in place ambiguities in First Amendment jurisprudence.

FIRE’s brief also documents the propensity among colleges to settle free speech cases by agreeing to change their policies, but later going back to enforcing their old restrictions—the attack and retreat tactics. The Supreme Court should put an end to that.

There is yet another reason why this is a crucial case. It is very difficult for aggrieved parties to hold government officials personally accountable for conduct that harms them and violates their rights, due to a judicially manufactured defense known as “qualified immunity.”

Under that doctrine, public officials cannot be held liable for damages unless they knew that their exact conduct was clearly illegal. Otherwise, they can say, “We didn’t know this was illegal” and escape responsibility. (If you’re interested in finding out much more about qualified immunity, Cato Institute has a website devoted to it.)

The more legal precedents there are on conduct that is illegal for college officials (as well as police and all other government agents), the more likely that the qualified immunity defense can be overcome. On the other hand, the more often schools can avoid decisions that set legal precedents, the less likely that any future case will be clear that public officials can’t raise the qualified immunity defense.

We will probably learn how the Supreme Court rules on this important case in June.