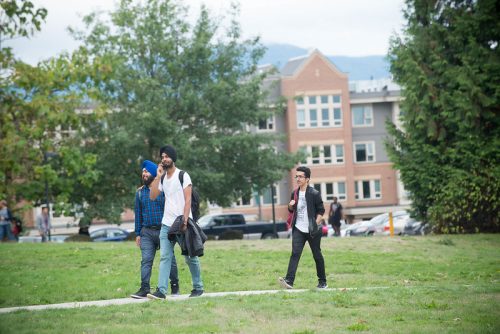 Higher education media has gone “all in” for keeping college campuses closed this fall, with articles like “The Case Against Reopening” in The Chronicle of Higher Education and “Colleges Are Deluding Themselves” in The Atlantic, just to mention a few.

Their basic premise: Reopening would be irresponsible because many students, faculty, and staff will get sick, some will die, and it will be our fault. The author of “The Case Against Reopening,” Stan Yoshinobu, asserts that there can be “only one right decision,” which of course is the one he advocates.

Attempts to portray those of us who favor reopening as insensitive, uncaring, or mercenary are uncivil and unjust. We, too, are concerned about students and others on campus, not just in the short term but also over the long haul. We believe the health—nay, the very survival—of our campuses is vital to the long-term health and well-being of all concerned.

With all due respect to Professor Yoshinobu, there is another possible answer—one I believe is better supported by the evidence. Here are four good reasons campuses should reopen in the fall.

Demographics. When coronavirus first began making headlines in March, it was indeed scary. We didn’t know much about it—whom it might affect, or how. For that reason, it was prudent to close campuses for the remainder of the semester.

Since then, the virus has been studied extensively. We have seen enough cases, and gathered enough data, to reach some reasonable conclusions. And one of the main things we’ve learned is that otherwise healthy young people are at very low risk. Italy’s National Institute of Health reports that, despite the country’s horrific, panic-inducing outbreak, only 16 people under 30 died of COVID-19.

I realize not everyone on a college campus is “college age.” But even in the 0-34 age bracket, which incorporates the vast majority of campus denizens, there have been only 499 total deaths nationwide, out of a population of 150 million.

Acknowledging that coronavirus poses little danger to the young and healthy, 22 European nations have reopened their schools and several are in the process of reopening universities. So far, according to a report by The Guardian, none of those countries has seen a spike in COVID-19 cases. There’s no reason we can’t follow the same strategy and expect similar results.

According to the CDC, accidents are the No. 1 cause of death among college-age individuals in the U.S., leading to about 12,500 deaths per year. Suicides and homicides account for another 5,500 and 4,800 deaths, respectively. Between 40,000 and 50,000 Americans die every year from opioid overdoses, most of them young. Indeed, prescription opioids are the second-most abused drug on college campuses, behind marijuana (and not counting alcohol), with one in four students admitting to their use.

Speaking of alcohol, the CDC estimates that about 1,800 college students die each year from alcohol-related causes, mostly drinking and driving. Thirty-five students a year succumb to alcohol poisoning.

“But those things are different,” some say. “They’re not infectious diseases.” Okay. How about flu and pneumonia? Those two respiratory infections together constitute the 9th-leading cause of death among individuals in the 15-24 age bracket. COVID-19 wouldn’t make the top 15.

Beyond that, the “those things are different” argument misses the point. The fact is, we know going into a new school year that a number of our students will be killed driving to and from campus. We know too many will commit suicide or become victims of deadly assaults (to say nothing of less-deadly assaults, including sexual assault). We know some will experiment, many for the first time, with powerful drugs—and for some, it will be their last time. We know many students drink too much, and some will die because of it. We know some will succumb to infectious diseases, like flu and pneumonia.

We do everything we can to mitigate the dangers—short of shutting down our campuses. That’s because we recognize those perils as the price of doing business—serving our students and communities. Why would we respond differently to COVID-19, when the data clearly indicate that it is less harmful to young people than many other risks deemed acceptable?

Herd immunity. People scoff at the notion of herd immunity, but its effectiveness has long been acknowledged by epidemiologists and immunologists. Basically, “herd immunity” means that enough people have contracted the virus (whether symptomatic or not) and developed antibodies that the disease begins to die out. That is what has, for millennia, kept the human race from dying off every time a new virus comes along.

A number of medical experts have pointed out that isolating ourselves not only keeps us from developing immunity to this virus, but might cause us to lose our immunity to other viruses. Our immune systems are designed to encounter potential pathogens so they can learn how to overcome them. As Dr. Dan Erickson puts it, “Sheltering in place decreases your immune system. And then as we all come out…with a lower immune system and start trading viruses, bacteria—what do you think is going to happen? Disease is going to spike.”

Bringing students back to campus will allow them to develop herd immunity to coronavirus much faster while also allowing them to maintain their immunity to other pathogens that are potentially just as dangerous.

Many argue that we cannot allow students to return to campus until we have a vaccine. But that might not be for another year or more, and as Dr. Anthony Fauci has noted, a vaccine might not be highly effective. The other possibility is to lock ourselves in our homes indefinitely.

This isn’t about colleges making money; it’s about their survival.

Even that wouldn’t help, in the long run. As Dr. Artin Massihi explains in the article above, “There’s two ways to get rid of a virus: either it burns itself out or herd immunity…Viruses kill people, end of story. The flu kills people. COVID kills people. But for the rest of us, we develop herd immunity. We develop the ability to take this virus in and defeat it, the vast majority of us.”

Extinction avoidance. The last reason to reopen our campuses is that if we don’t, many will cease to exist. Some may go under, anyway, but others can be saved if they have enough enrollment this fall. Failing that, it will just be a matter of time before they close their doors permanently.

Those who attempt to frame this as a cynical “lives versus money” debate again miss the point. This isn’t about colleges making money; it’s about their survival. And the ones that will suffer the most are those that serve the most marginalized students, including small rural colleges, regional universities, and HBCUs. Walter Kimbrough, president of Dillard University, observes that for many schools like his, “not reopening the campus this fall amounts to an institutional death sentence.”

Those who think we can simply hold all our classes online again this fall are deluding themselves. Students tolerated that in the spring because they had to. But study after study shows that a clear majority favor returning to campus; short of that, many do not intend to return at all. Can our campuses survive that intact? Can our higher education system? Can our students?

Probably not. Recently, 600 doctors, representing “thousands of physicians in all specialties and from all states,” wrote a letter to President Trump in which they expressed “alarm over the exponentially growing negative health consequences of the national shutdown.” Among other long-term health issues, the letter addressed that of campus closures: “Keeping schools and universities closed is incalculably detrimental for children, teenagers, and young adults for decades to come.”

If this were a clear-cut choice between life and death, then there would be no question. But the choice is not clear-cut. Given what we know, we are unlikely to see large numbers of students, faculty, or staff die from COVID-19, especially if we take common-sense precautions like reducing the size of our lecture sections and expanding online offerings and work-at-home options for those at higher risk. Any benefits of keeping campuses closed will be far outweighed over time by the negative consequences of that decision.

College leaders should adopt the approach that countries like Sweden have taken: Protect the most vulnerable while allowing everyone else to get back to living.