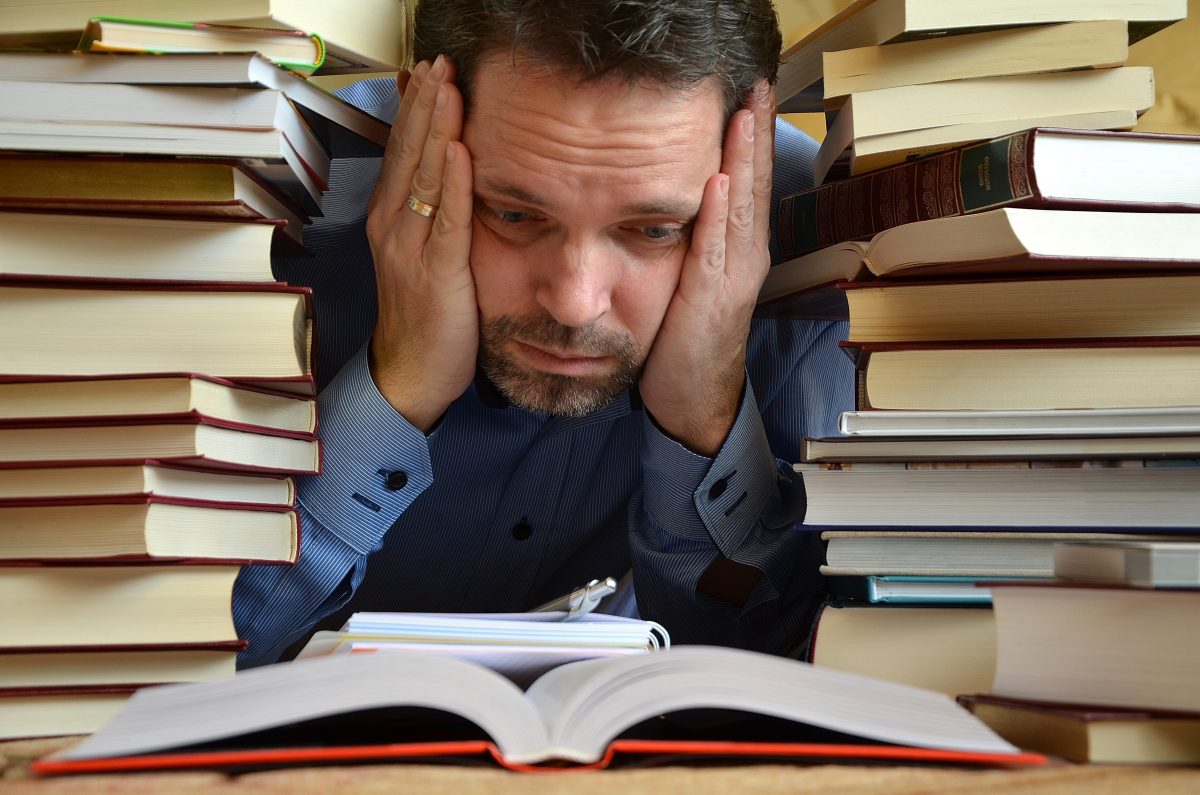 Many college graduates think to themselves, “I don’t have any immediate job prospects that are attractive and I can easily get into grad school with the chance of eventually getting my PhD and then a tenured professorship; I guess that’s what I’ll do.”

If you know anyone in that situation, do him or her a big favor by suggesting a new book by Georgetown University philosophy professor Jason Brennan: Good Work If You Can Get It.

This year (at least before COVID-19 struck us), about 80,000 students were planning to begin doctoral programs, but, Brennan cautions, “most are destined for disappointment.” That is because only about 20 percent of those students will ever obtain any faculty position, much less the coveted tenured professorship at a good school. He wrote the book to guide the many would-be professors who are “clueless, naïve, and misinformed about what grad school and academia are really like.”

There has been a crying need for a book like this for many years.

Something needs to offset the perverse incentives that current professors have to encourage as many sharp students as possible to consider going for a PhD and the benefits it might bring. After all, grad students are themselves a valuable resource for senior faculty, who often give students an unrealistically optimistic view of the path ahead of them.

In the U.S., the PhD is poorly suited to students who thirst for self-discovery and personal enrichment.

It is a professional credential meant to train new college faculty. If you don’t relish the prospect of spending loads of time doing what faculty members are expected to do—teach, grade, counsel, and write, write, write—then you should try something else, Brennan advises.

Moreover, most programs are not well designed to prepare new professors. “There is little congruence,” Brennan writes, “between what most PhD programs train you to do and what most professors in fact do. The PhD primarily trains you to do research—to write original papers and conduct original experiments in your field. But most faculty do little research and instead spend most of their time teaching or performing ‘service’ work.”

Spending the five or more years it generally takes to earn a PhD no doubt filters out people who wouldn’t be good at doing true research, but it also filters out a lot of people who would be quite good at the teaching and service work. In earlier days, Brennan notes, individuals who didn’t have doctorates often landed faculty positions on the basis of their knowledge of the subject, but now that we have created such a glut of doctorate holders, schools (even community colleges) can afford to turn away all but those with terminal degrees to their names.

The efficiency of our PhD programs becomes even more questionable when you consider that, as Brennan notes, most professors actually produce little research after they have achieved tenure. Also, as scholars like Mark Bauerlein have observed, most of the research that faculty (those seeking tenure and those who have it) produce is ignored even by others in the same field. Therefore, the whole PhD production system is evidently quite wasteful.

Most of Brennan’s book is devoted to questions as to what doctoral students should expect and how to improve their chances of success.

First and foremost, what is the likelihood of eventually achieving the goal of becoming a tenured professor? Citing the statistics he knows best—from his own philosophy department at Georgetown—Brennan makes it clear that even if you earn your doctorate from a well-respected program, you face rather dim prospects.

Over the last decade, just one out of 32 Georgetown PhDs obtained a research-intensive faculty position where she devotes most of her time to philosophical research. All the rest are regular college teachers. Nothing wrong with that, but it’s like being a player in Class B minor league baseball when you thought you could be a star in the major leagues.

Brennan makes it clear that even if you earn your doctorate from a well-respected program, you face rather dim prospects.

Brennan’s crucial point is that there are so many other people getting their doctorates and vying for one of the very few top faculty slots that you must do all you can to make yourself stand out.  Much of the book is devoted to sage advice on how to do that.

It is essential to success that aspiring professors publish a lot of papers while in grad school and after they have gotten that initial faculty spot. Brennan suggests that they devote at least 20 hours per week to writing. That calls for discipline and a rigid time budget. Don’t waste time or you’ll fall behind those who manage it better. Among other do’s and don’ts, Brennan advises not to spend more time than is absolutely necessary on teaching and grading for undergrads. Being great at that won’t count at all when you’re being considered for faculty positions.

When it comes to all that essential publishing, Brennan recommends having at least three papers in the works at all times. But don’t try to make them perfect. What matters is getting things published. The academics up the ladder who will decide whether to hire or promote you aren’t going to read, much less evaluate, your work.

When the student is ready to enter the job market, they should apply for every position that they could possibly qualify for. Since academia is a buyer’s market, with hundreds of applicants for every opening, students cannot afford to be picky. When contacting the faculty veterans who will either give you a chance or toss out your application, you have to hook them immediately. Professors spend very little time evaluating applications (often less than one minute) and dull, jargony ones will be quickly thrown away.

Brennan’s point about clear, concise writing is one that all academics, not just grad students, should take to heart:

Anyone can hide a half-baked idea behind vague, opaque prose that creates the illusion of profundity. To be able to explain a profound and complicated idea—say, quantum mechanics—in simple English requires genuine talent. You can’t fake that around experts.

Last but not least, Brennan addresses a question that students who hold conservative or libertarian beliefs are probably wondering about: Is the purported bias against them real?

It is, he answers, pointing to evidence that many academics admit that they tend to look with less favor on applications from conservatives and libertarians. But that doesn’t mean they shouldn’t try. What it does mean is that they need to choose their fields and advisors with great care, and then outperform the competition. Brennan compares the situation conservatives and libertarians face with that which blacks used to face—you can succeed, but you have to be your absolute best.

Don’t let anyone you know apply to grad school without first encouraging them to read Good Work If You Can Get It.