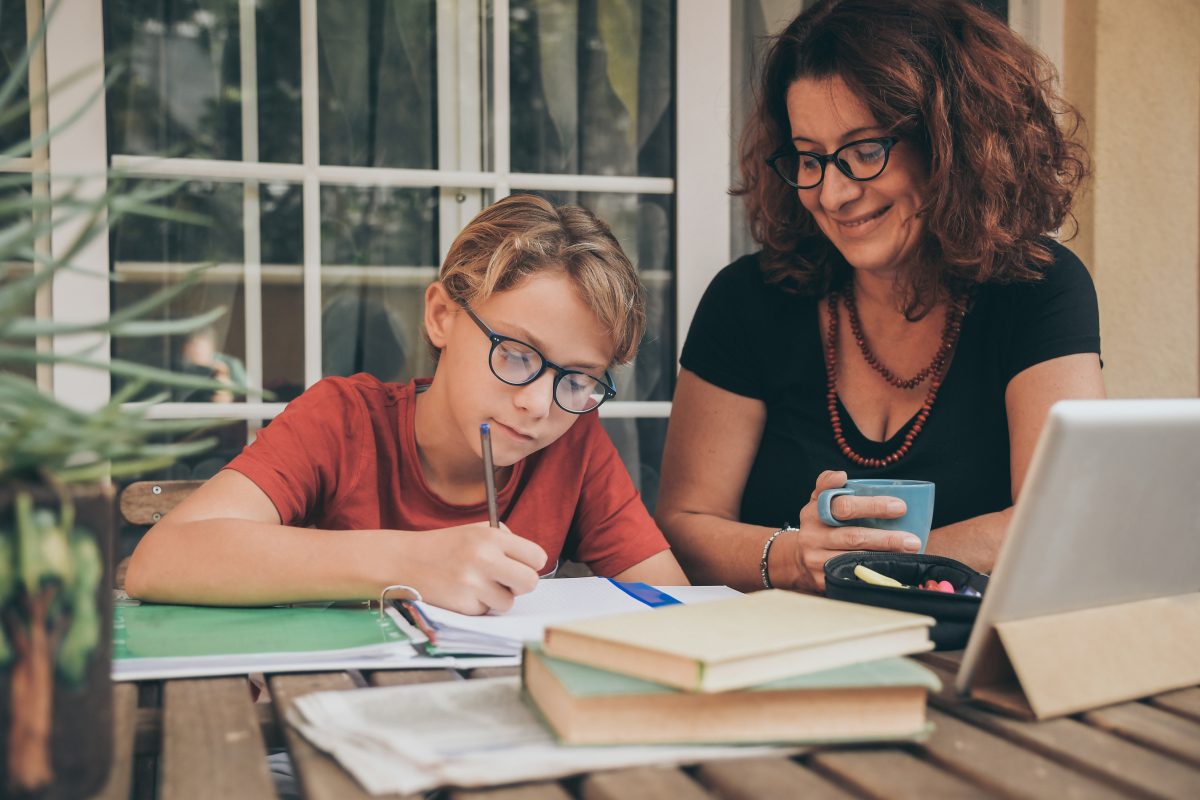 While mainstream America has embraced homeschooling as a viable and positive educational option—and as 55 million K-12 students and their parents have been thrust into “crisis-teaching at home”—the angst of some academics over homeschooling has abruptly emerged.

Professors Elizabeth Bartholet of Harvard University and James Dwyer of William and Mary School of Law organized a summer meeting to “focus on problems of educational deprivation and child maltreatment that too often occur under the guise of homeschooling, in a legal environment of minimal or no oversight.” In a highly controversial article in Harvard Magazine, Erin O’Donnell advanced Bartholet’s arguments in favor of a homeschooling ban.

Yet, what does the evidence tell us about homeschool educational and social outcomes? Is there any sound corpus of evidence that homeschooled children are actually educationally deprived or maltreated? And what worldview drives anti-homeschoolers such as Bartholet and Dwyer?

Joseph Murphy and Brian Ray provide quite optimistic reviews, while other appraisals present positive, albeit more tentative, conclusions. A one-of-its-kind review of only peer-reviewed research by Ray revealed that 11 of the 14 peer-reviewed studies on academic achievement found that homeschool students significantly outperformed conventionally schooled children. Both of the publicly available state-provided data sets showed higher-than-average test scores for homeschooled children.

A similar pattern emerges for the social, emotional, and psychological development of the homeschooled.

A growing body of research indicates that graduates of home-based education excel. Eleven of the 16 peer-reviewed studies on success into adulthood (including college) showed that homeschoolers had better results for political tolerance, college GPA, and college retention than students in conventional schools. After reviewing the relevant literature, Gloeckner and Jones concluded that the “comparative results of the studies reported in this review, combined with the data collected from college admission officers provide evidence that homeschooling is an effective alternative path to college for the children of many families.”

Homeschoolers are not being educationally deprived, maltreated, or abused. On the contrary, the research literature suggests that rates of abuse (e.g., physical abuse, sexual abuse, neglect) are lower among homeschoolers than institutionally schooled children.

Although there are certainly cases when homeschoolers are abused (and such cases should be prosecuted), banning homeschooling is not the answer, nor will it improve education or make children safer.

As a society we do not, for example, close public schools when a child is abused there. When scholars like Bartholet, Fineman and Worthington, and Dwyer and Peters advocate for a total or presumptive ban on homeschooling, they do so without solid support from the empirical literature. When Bartholet and others advocate for forcing children to enter the public school system, they are ignoring evidence that only approximately 40 percent of conventionally schooled students are at, or above, proficiency in reading and mathematics.

Certainly, many public educators are engaged in terrific efforts to provide high-quality education, but it is also clear that the public school system has significant limitations.

Why, then, do some academics want more government control and restrictions on homeschooling? We think it is not hard to perceive: They do not approve of the values and beliefs of the parents who choose to homeschool.

One of us partially addressed the answer in a scholarly journal some years ago. Ray identified four classes of negativity toward parent-led home-based education. Some scholars make theoretical arguments that government schools are the gold standard of education that advances the common good, while private schooling is bad for society. A second group argues that homeschooling is an attempt to “cocoon” one’s children from ideas and people that the parents disdain. Another category holds that homeschooling harms children philosophically, psychologically, religiously, physically, and educationally. And the fourth group goes against homeschooling by theorizing why the state should have more domination over children and their parents.

Certain academics’ agitation over homeschooling appears to be based on their perspective that the state—and not parents—should control the education of all children.

In the end, however, all of those categories of opposition are founded on different values, beliefs, and presuppositions than those at the core of parent-led homeschooling. Dwyer and Peters, for example, presuppose that “[t]he state must have the ultimate authority to determine what children’s interests are” and that the state is the entity that shall decide over what aspects of a child’s life his parents have authority.

In a similar vein, Bartholet argues that the state, not the parent, shall have the ultimate authority to decide what and how children shall be taught. Parents, in her world, must prove to the state that they deserve permission to educate their children outside of the government’s control. Fineman’s philosophical zeal is so clear that anything other than state-funded and state-controlled education must be banned by the government.

These kinds of ideas simply stem from their philosophical and religious worldviews. It is “natural” for them to conclude that the civil government must control children’s teaching, training, and indoctrination. It is natural because their worldviews cannot comprehend or tolerate a worldview such as classical liberalism or Christianity that holds the state should not control boys’ and girls’ educational formation, unless parents are abusive.

While the relevant research has limitations, scholarly research shows that homeschooling has positive outcomes for children. There is certainly no body of clear evidence that homeschooling undermines children’s academic and social development and should be restricted. Certain academics’ agitation over homeschooling appears to be based on their perspective that the state—and not parents—should control the education of all children.

Compared to conventional students, homeschool graduates are more likely to

In summary, opponents of homeschooling lack empirical data for their arguments, and judges and governmental officials consistently hold that parents have the right to educate their children at home.

Those arguing for state domination lost their major battles in legislatures, courts, and the public mind in the 1980s and 1990s. Homeschooling advocates have strong support in protecting their freedom to educate outside state-run systems.

College personnel, employers, and independent business advocates should be glad about homeschooling. It is a form of free enterprise. It costs taxpayers less than public schooling and its graduates are well-equipped to be the next generation of entrepreneurs, leaders, parents, householders, creators, and everyday citizens. In summary, we agree with U.S. Secretary of State Mike Pompeo’s analysis of this issue: “The risk to children is not from homeschooling. The risk is from radical leftist scholars seeking to impose their values on our children.”

Brian D. Ray, Ph.D., is president of the National Home Education Research Institute and is internationally known for his research on homeschooling.

Carlos Valiente, Ph.D., is a Professor in the T. Denny Sanford School of Social and Family Dynamics at Arizona State University.

The Academic and Social Benefits of Homeschooling

The Academic and Social Benefits of Homeschooling