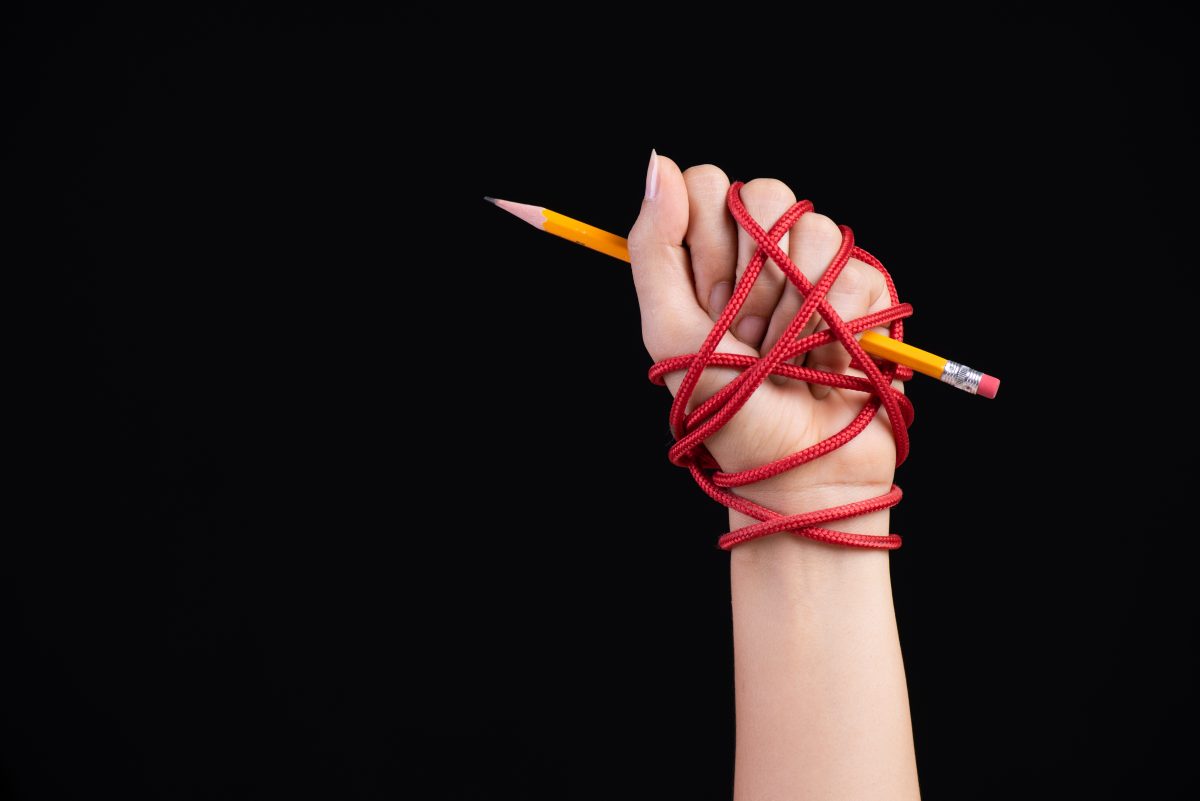 On picking up What Snowflakes Get Right: Free Speech, Truth, and Equality on Campus, one might expect a book urging those who dismiss today’s college students’ complaints about institutional racism, persistent sexism, and other societal ills to take them more seriously. To engage with their arguments and to try to empathize with them, rather than ignoring or lambasting them, even when they engage in what seems to many people like unjustified histrionics.

What Snowflakes Get Right is not that book. In fact, on completing NYU comparative literature professor (and former vice provost) Ulrich Baer’s book laying out his views on campus free speech, one can’t help but be struck by its near-total lack of empathy for anyone who disagrees with his political viewpoint, or whose interpretation of the principles of free speech and equality differ from his own, extremely arguable, views.

The result is a book that does nothing to change the minds of those not already disposed to agree with the author, and almost seems intended to alienate them. Baer repeatedly cites Donald Trump’s election, in lurid terms, as a justification for universities to forbid speech that creates “inequality.” Every example paints his ideological opponents in a bad light, and those who agree with him in a positive one.

Perhaps the book is merely meant to stiffen the spines of left-leaning critics of free speech who may be having a hard time justifying their demands for censorship when it’s gobsmackingly obvious that neither the left nor the right have pure motives. But it’s also possible that it is the natural result of Baer’s belief that it’s both right and admirable to refuse to debate certain topics unless the other side has already agreed to some or all of your contentions.

While one should generally be loath to come to such a conclusion, it can’t be ruled out in this case because the fundamental premise of Baer’s book is that there are some arguments that students, and members of minority or marginalized groups more generally, simply should never have to encounter.

Baer argues that while universities should be places where topics are discussed and debated, those who wish to debate certain views, which he repeatedly labels as discredited, obsolete, or both, should be excluded, especially if they are expected to come from off-campus speakers who wish to speak on campus. He writes that on campus, “[s]peech that crosses this line is speech that disputes the inherent equality of all students based on group belonging.”

From this sentence alone, it’s clear that Baer’s version of equality is not the “not by the color of their skin, but by the content of their character” kind of equality that is still revered by untold millions of Americans. Rather, this version of equality specifically builds in the “intersectional” understanding of individual identity as being determined by the combination of one’s membership in an ever-evolving number of identity-based groups. Regardless of whether or not one accepts this definition, to say it is arguable is to engage in considerable understatement. But for Baer, accepting this premise, or at least not challenging its precepts, is the bare minimum qualification for a speaker to be allowed to get his or her foot in the door. 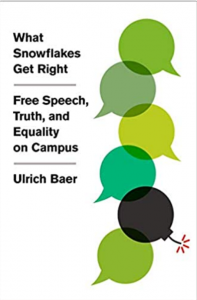 That may be easier to understand if one considers that Baer accords a nearly magical power to speech that he deems racist, sexist, homophobic, etc. To express such views, he repeatedly argues, is not merely to offer bad arguments for discredited and obsolete ideas, but to actively force members of the targeted groups to “prove their humanity,” and by doing so quite literally make them unequal. The most virulent bigots, even those who to all appearances seem the most pathetic of people, are actually enormously powerful. And why in the world would someone try to see things from the perspective of those who are both evil and powerful?

Understanding this perspective is key to understanding Baer’s book, because his ultimate answer to “what snowflakes get right” seems to be that they are correct to demand that people who “deny their humanity” be silenced. Otherwise, they themselves will be unable to benefit from America’s promise of freedom of speech, while bigots, Nazis, and Donald Trump freely enjoy their First Amendment rights.

So, what beliefs and people, specifically, does Baer believe deny the humanity of students, and therefore warrant restriction? Sadly, Baer, in keeping with most of those who write on this topic, does not give us a convenient and easily accessible list. But he does leave breadcrumbs here and there. Donald Trump is an obvious member of Baer’s blacklist of individuals, of course, and is joined by Charles Murray, Milo Yiannopolous, and Ben Carson.

As for beliefs that must be excluded from campus discussion, these include “claims that some human beings…are illegal or unworthy of legal standing,” denial of the “rights of transgender people for legal equality and protection against discrimination,” arguments that women are less skilled in abstract thinking, and many others, stated in terms of varying clarity.

None that I could find would be stereotypically considered to be “left-wing.” If you really needed a heuristic to guess what ideas Baer would restrict from campus—and you might, as Baer was once a college administrator, and many of them demonstrably think the same way he does—you’d probably get 90 percent of the way there simply by assuming that his blacklist includes anything to the “right” of what a conservative talking head on mainstream media would say.

A treatment of all of the problems with Baer’s book and argument would be longer than the book itself.

Baer understands the arguments made by both conservative and liberal advocates for free speech, though again, in keeping with his strangely blinkered partisanship, he does not really seem to grasp that free speech advocates from both right and left agree about much more than they disagree about when it comes to the issue. (If this were not true, the Foundation for Individual Rights in Education, where I work, could not exist, as our staff is made up of liberals, conservatives, and everything in between.) If you wonder how Baer thinks this is working out for our campuses, the title of his chapter discussing this, “An Unholy Alliance,” is a helpful clue.

A treatment of all of the problems with Baer’s book and argument would be longer than the book itself. Some are real head-scratchers, such as where Baer suggests that a law school would decline to host “someone who argues against judicial autonomy.” (Really? I went to law school and I highly doubt that.) Others are likely to elicit a snort, such as when Baer says that college administrators are “almost always trained and experienced in the process of vetting ideas for inclusion in debate,” which is why they are supposedly qualified to determine who may speak.

But most of his arguments are no different than those swatted away by John Stuart Mill 160 years ago in chapter 2 of On Liberty—and make no more headway against Mill now than they did then. (In fairness, Baer mentions and even briefly cites Mill, so presumably Baer just disagrees with him.)

One comes away from What Snowflakes Get Right with a sense of puzzlement. Why write a book arguing that people shouldn’t have to argue about some things, and do it in a way so poorly designed to change minds? Baer is an accomplished and intelligent professor, but he simply is not equal to the task of justifying the restriction of differences of opinion, on college campuses of all places, of some of the most hotly debated issues in our society. I suspect there’s no one out there who is.

But in the end, those looking for a convincing answer to the book’s titular question will not find that answer within its pages.

Robert Shibley is a member of the board of the James G. Martin Center and is executive director of the Foundation for Individual Rights in Education (FIRE). The views expressed here are his own.

What Provosts Get Wrong: A Failed Case for Campus Speech Restrictions