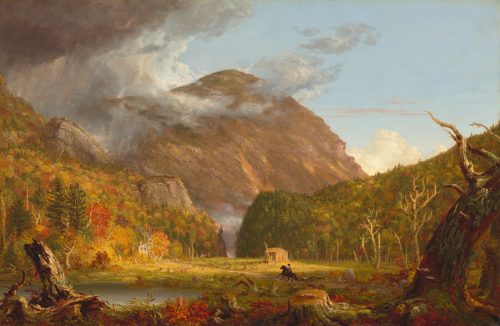 What do conservatives want to conserve? Clearly, conservatives everywhere desire the preservation and maintenance of the good things belonging to their various cultures that have been passed down from previous generations to their present time. That desire also implies conservatives wish to continue their cultural inheritance by passing these benefits on to their children and future generations. That is why teaching culture at universities and schools is important to conservatives.

People who claim to be conservatives, but do not participate in the perpetuation of these good things are deluding themselves. Partisan and pedantic, they corrode the conservative image to the point of appearing philistine. That false presentation of conservatism harms its reputation.

The danger of having a benevolent preoccupation with preserving traditions for their own sake is that it may lead to a pretentious aping of their formal, ceremonial aspects. Preservation then lacks an appreciation for what lies at the heart of the thing being preserved. This kind of imitation is not the conservative’s goal. In fact, the true preservation of the good things of the past is always a reinvention, not a duplication.

The task of the conservative is to use the good things of the past in the new context of the present, to apply them to this new time. When they are truly good, these things are resilient to the abrasive superficialities of fashion and provide the strong core of culture.

Efforts to duplicate the past inevitably fail because the past very quickly becomes an alien place, held at first in the memories of the living, and then only in the recorded history of the dead. That disappearance presents a difficult problem for people keen to conserve the good things of the past. Since we are incapable even of coming to a common understanding of the present and are willing to engage in intense disputes about the interpretation of current affairs, how can we claim to comprehend the past? All histories are nuanced by the positions of their writers.

The answer is that this subjectivity does not mean that the good things of culture are actually bad. It simply means that it is difficult to get culture right. Nor does it mean that conservatives should abandon their desire to maintain them in the studios and classrooms where they are taught.

Culture is never frozen; it is an emergent form that arises from the shared experiences and desires of the living and the dead. The flexible and uncertain past is nevertheless the foundation upon which culture is built. The past cannot be duplicated, but if a culture is to maintain its identity, a healthy respect for its traditions is essential.

Every culture is like a rope stretched through time, made up of long strands, our long ideas, twisted together to give it strength. As we pass through time, different strands take their turn at the top of the rope and achieve more cultural relevance. It is precisely the changing importance of these long truths as time passes that create culture, with its attendant changes in emphasis and importance.

Consequently, it is disturbing to witness the reckless abandonment of the arts apparent in contemporary conservative America.

Cultural outlets that viewers might expect to be reliably conservative do little to suggest that they are the champions of the good things of the past—or that they have any idea of how these good things might address the present or the future. An online survey of news stories about the arts on the Fox News website, for example, reveals a desperate shortfall in coverage, which should cause embarrassment to all Americans claiming to champion the conservative cause. Thankfully, some evidence shows that the situation is improving. After a decade of neglect, National Review has done the right thing and now publishes regular stories about some of the excellent American art of the past. However, it has yet to begin considering living artists who carry the Western artistic tradition.

Fox News celebrates painters like Steve Penley who makes pictures of our presidents burning the Constitution or running for a touchdown, or Jon McNaughton, who adopts the bright colors of Andy Warhol to make portraits of Republican star politicians. They are sectarian propagandists. Endorsing artists who are political partisans is not the same thing as maintaining the good things of American culture.

As didacts, they serve a purpose in stimulating political argument and stirring the passions of voters. But the long ideas of Western culture are richer and more complex than mere campaign marketing.

The sensible and compassionate thinker Roger Scruton, whose recent death has left a dark hole in intellectual conservative culture, said there were two kinds of conservatism. One is a metaphysical respect for the sacred ideas and things we treasure and the will to defend them, and another is the pragmatic conservatism which recognizes that the good things of Western civilization are worth protecting. Scruton said that these things are: individual freedom, the protection of common law, the protection of our environment from exploitation, intellectual freedom, and liberal democracy. In his book A Brief Introduction to Beauty, Scruton shared his ideas about art as a bridge between the metaphysical and the material aspects of culture, as the practical expression of the ideas that bind together the people of the past, present, and future.

Conservatives bear an increased responsibility for the maintenance of the long ideas of culture in both the personal realm and in the realm of education.

To American conservatives, government is only necessary because humans are incapable of living a virtuous life which does not harm others in their individual pursuit of happiness. A limited government punishes those people who fail to understand their role in the society of individuals and organizes the state to defend its citizens. Protecting their culture is a priority of great nations. At the extreme, lives are willingly sacrificed in the defense of ideas—declarations of war are the moments in which a culture insists on the value of its long ideas even at the price of the deaths of its members.

To American conservatives, government should have no involvement in other aspects of life, including the arts. That distaste for governmental interference, does not, however, mean that American conservatives are somehow detached from the arts. In fact, it means that they bear an increased responsibility for the maintenance of the long ideas of culture in both the personal realm and in the realm of education.

John Adams, Benjamin Franklin, and George Washington were all culturally engaged. Washington was an active collector of the cutting-edge landscape paintings of his day and was an enthusiastic fan of history paintings, campaigning for the purchase of canvases depicting the revolution by American master painter John Trumbull.

Washington emphasized the painter’s popularity, the greatness of the design of his compositions, the “masterly execution of the work,” and how the paintings would “equally interest the man of a capacious mind and the approving eye of the connoisseur.” Washington particularly approved of the efforts Trumbull had made to get excellent likenesses of the key players of the revolution in France and the United States and believed that this attention to detail would “form no small part of the value of his pieces.”

Adams insisted that painters should seek something more substantial than merely copying reality. He said, “the pleasure which arises from imitation we have in looking at a picture of a landscape, a port, a street, a temple, or a portrait” was great, but “there must be action, passion, sentiment, and moral, to engage my attention very much.” He had little time for still life or landscapes as visual records alone, demanding more substance to the work. “A million pictures of flowers, game, cities, landscapes, with whatever industry and skill executed, would be seen with much indifference. The sky, the earth, hills, and valleys, rivers and oceans, forests and groves and cities, may be seen at any time,” he said.

The chief pleasures of history, and poetry, and eloquence, and musick, and sculpture, and painting are derived from the same source. Beside the pleasures they afford by imitation, they receive a stronger charm from something moral insinuated into the performances.

Those are the words of American conservatives, interested and engaged in the living arts: arts that are based on the cultural traditions of the past, but which respond to the present.

Traditional but evolving skill-based technique; connoisseurship; attention to detail; narrative; sentiment; a moral message. Those characteristics are found in the paintings and sculptures of the flourishing 21st-century representational art movement.

What is the place of art and culture in higher education, then? Should American professors be involved in partisan politics? No. Leave that choice to the students as their democratic obligation.

In our universities and schools, we should provide our citizens with the technical training they need to continue this great American cultural tradition, but also with the imaginative training they need so that they can find ways for these good things, these long ideas, to address the present.

Image: Thomas Cole, “A View of the Mountain Pass Called the Notch of the White Mountains (Crawford Notch),” 1839.

Michael J. Pearce is founder and chair of The Representational Art Conference (TRAC). He is the author of “Art in the Age of Emergence.”

The New Masters of the Atelier

Birds of Paradise: The Moral Poverty of Faculty Freedom Fighters