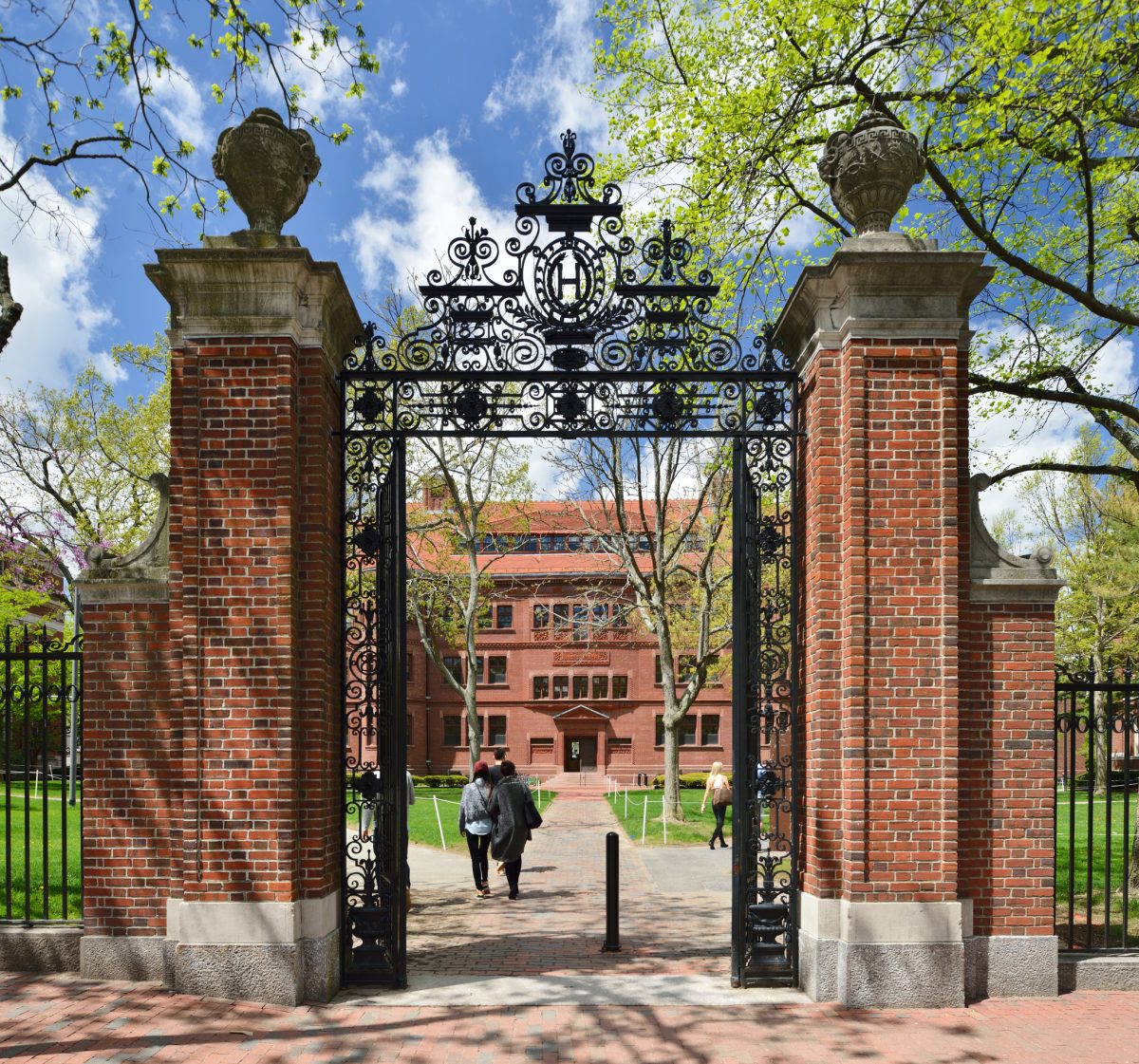 Editor’s note: This is an abridged transcript of a speech Richard Vedder gave at a Martin Center luncheon on January 30, 2020.

I will concentrate today on the economics of higher education—why it is so costly, and a few things we can do about it. When I entered Northwestern University over six decades ago, the tuition fee was $795 a year, which is under $7,000 in current dollars. Today, Northwestern’s annual tuition, excluding room and board, is $56,232—eight times as much.

A similar pattern exists with state schools. When I started teaching at my state school, Ohio University, in the mid-1960s, the tuition fee of $450 was less than one-third what it is today, adjusting for inflation.

The higher education establishment usually stresses two explanations for rising costs. First, some economists argue that higher education is a service industry where productivity improvements are hard to accomplish. Teaching is like theater, they say—performing King Lear takes as many actors to perform today as when Shakespeare wrote it 400 years ago.

Professors require compensation increases like other professionals. As salaries rise with productivity in the rest of the economy, they must rise in higher education as well, thus necessitating higher fees to cover increased personnel costs.

The second explanation for rising student fees is that state governments are reducing their support of higher education. Where in the 1960s, state subsidies covered 50 percent or more of university budgets, now they only finance 10 percent to 30 percent of them, again necessitating higher fees.

These explanations are both weak. With respect to the first (often called the Baumol hypothesis), resources universities spend on professors and teaching is only about one-third of total university spending. A typical university has more administrators than faculty. Moreover, technological advances allow professors’ lectures to be replicated many times for large audiences electronically.

As to declining state support, the actual number of dollars appropriated by state governments for higher education is at a record high—$96.6 billion for this fiscal year.

Part of the reason why state appropriations are a smaller portion of university revenues than previously is that those budgets, at least until recently, have grown on a per-student basis. A generation ago, universities didn’t have expensive armies of diversity and sustainability bureaucrats or other administrative positions unrelated to the core academic mission. Moreover, fees have also risen sharply for private schools that receive no state subsidies.

If those two factors are minor, then what explains the explosion in higher education tuition fees? From 1840 to 1978, tuition rose about one percent a year more than the overall inflation rate. Since the incomes of Americans were rising two percent annually, college was becoming more affordable. In the next 40 years, 1978 to 2018, however, tuition rose about three percent annually more than inflation, and also much faster than income growth, which actually slowed down. The burden of financing college rose sharply.

Why did this happen? The reason reflects the explosion in our huge and dysfunctional federal student financial assistance program, especially student loans.

Before 1944, we had no federal student support and limited support (mainly the GI Bill) between 1944 and the late 1960s. In the 1970s, federal student loans became prominent.

Research by a number of scholars at the New York Federal Reserve Bank of New York and at the prestigious National Bureau of Economic Research confirmed that Bennett was right. The best estimate is that for every dollar more federal assistance provided each student, schools raise their fees by 60 or 65 cents, capturing a large majority of the federal aid.

And within schools, the increased revenues have financed a massive expansion of administrative staff, some reductions in teaching loads for tenured and tenure track faculty, and increased student amenities—things like climbing walls and lazy rivers.

It is noteworthy that, originally, the push for federal student financial assistance was motivated by a desire to increase access for lower-income students to attend college. On that score, the student aid program has been a colossal failure. The proportion of recent college graduates from the bottom quartile of the income distribution now is smaller than in 1970.

Before discussing some possible remedies for the current dysfunctionalities in public policy, I should provide more detail on inefficiencies making colleges so expensive.

We could begin by suggesting that college resources are vastly underutilized. Start with the buildings. Most of them are largely unused for several months a year, mainly the summer. But even during the academic year, most classrooms are lightly used in evenings and weekends, with the “weekend” beginning on some college campuses around five p.m. on Thursday.  By contrast, how much business office space lies empty for at least one-third of the time?

And what about the faculty? Fifty years ago, tenured faculty taught six hours a week, sometimes nine. At similar schools today, they teach three to six hours a week, for 30 or so weeks a year. Even someone teaching two courses is in the classroom less than 200 hours a year and spends maybe a similar amount of time preparing lectures, grading papers and exams, and advising students.

Low teaching loads are usually justified on the grounds faculty members are doing research. But does anyone read it? One study showed that over 1,000 academic papers are published annually on Shakespeare. Few papers get more than one or two citations. Is there that much new insight we can gather from the writings of the Bard, as great as he was? Diminishing returns set into almost everything, including academic research.

But faculty aren’t the biggest component in rising academic costs and inefficiency. A typical school in, say, 1970, had perhaps one non-instructional white-collar worker for each two faculty; today, the number of bureaucrats exceeds the number of faculty at most schools.

We have armies of administrators doing tasks that did not even exist 50 years ago. The University of Michigan, for example, at last report had 93 diversity and inclusion administrators, of whom more than two dozen made over $100,000 annually. I ask: If that school fired all of them, saving probably $10 to $15 million annually, would Michigan revert to massive racial and gender discrimination? I doubt it.

There are lots of cost-enhancing eccentricities of higher education that we can’t discuss in detail. The institution of tenure in some cases raises costs and impedes needed change. The heavy subsidization of sports, unique to American universities, needs to be revisited. So does accreditation, which was originally designed to protect consumers from fraudulent or shoddy instruction. It does little of this today. Schools of great distinction typically have the same accreditation as schools that do horrible jobs of educating students. Accreditation is costly, excessively complex, lacks transparency, and is mired in conflicts of interest.

Colleges are too expensive, but what can we do about it? If the federal student loan programs instituted 50 years ago are a prime culprit, wouldn’t we sharply reduce tuition price inflation if we got rid of those programs?

University people would scream, “Eliminating federal aid will lead to lower enrollments and prevent some poor kids from going to college.” I would argue that in a world where 40 percent of full-time college enrollees fail to graduate in six years, and where 40 percent of those who do graduate are underemployed, we are overinvested in higher education and some enrollment decline is desirable.

Moreover, I think alternative modes of financing college will evolve. One option would be to introduce on a wider scale privately funded Income Share Agreements (ISAs), where students who previously borrowed for college now sell equity in themselves—a share of postgraduate earnings for several years. An engineering graduate of Duke or NC State might agree to pay eight percent of her earnings for 10 years in return for the money to finance college. By contrast, a gender studies major at East Carolina might have to pay 18 percent of her earnings for 25 years. The terms on ISAs would encourage enrollments in good programs training workers to do productive things—more engineering, less gender studies bloviating.

If it’s politically impossible to end the current federal student loan program, at least several changes could mitigate its damage.

Most important, schools could be forced to have “skin in the game,” sharing in the losses occurring when students default on loans. Schools would become more careful about who they accept for admission and perhaps even nix trendy majors like gender studies.

Similarly, we should reform student loans in other ways. We could impose minimal academic standards—students with poor first-year performance could be constrained from borrowing for a second year, for example. We could impose stricter limits on the amount of borrowing and end loans to parents of students—PLUS loans.

Finally, the U.S. Department of Education has harmed higher education in America, and probably K-12 as well. It is time to eliminate it.

Richard Vedder is Senior Fellow at the Independent Institute, Distinguished Emeritus Professor of Economics at Ohio University, and author of the Independent book, Restoring the Promise: Higher Education in America.