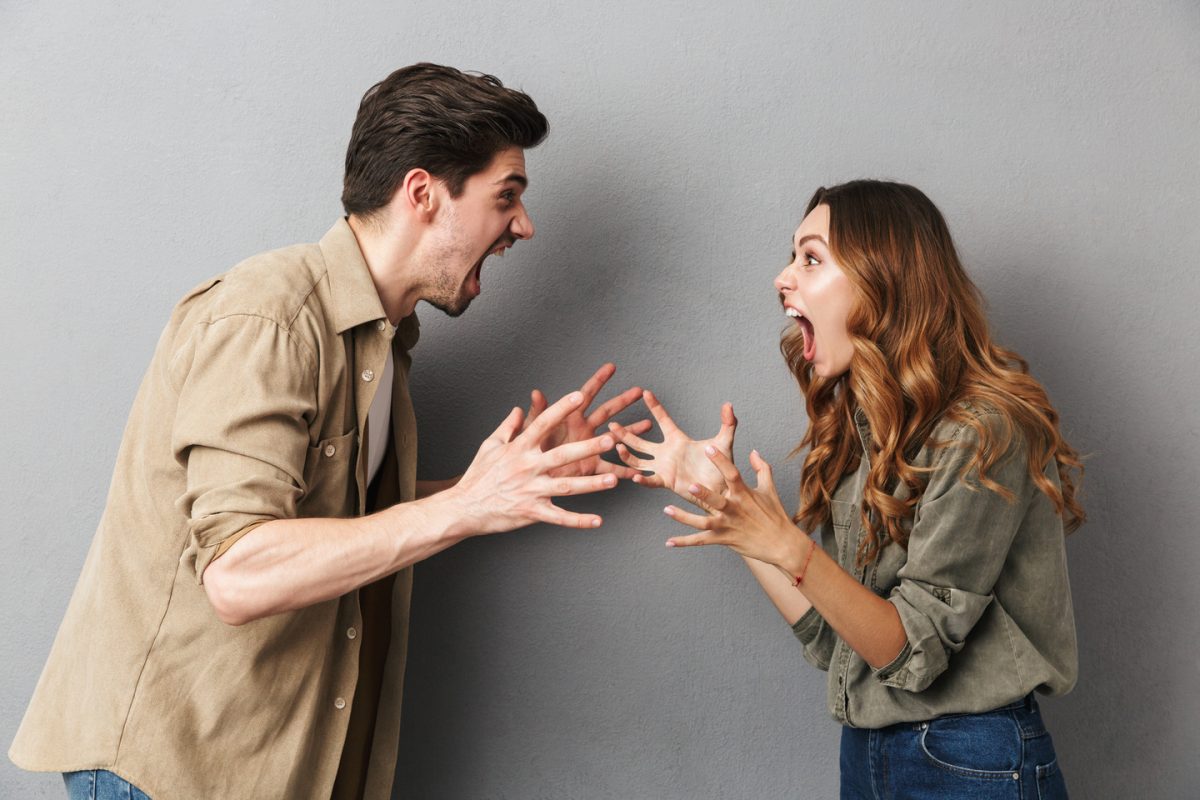 We must not be enemies. Though passion may have strained, it must not break our bonds of affection. The mystic chords of memory will swell when again touched, as surely they will be, by the better angels of our nature. —Abraham Lincoln

A certain degree of polarization is a natural consequence of political discourse. The citizens of a country are bound to disagree—even profoundly—on the best course of action on any number of political, social, or moral issues. And on the brink of an election year, a spike in charged political discourse is to be expected.

But when political disagreement breaks down to demonizing one’s ideological opponents, something clearly has gone amiss. The tendency to think the worst of those on the other side of the political aisle has not only meant governmental gridlock: it has driven a wedge between families, friends, and communities. Indeed, since the 2016 presidential election, the length of Thanksgiving dinner has diminished by 30 to 50 minutes due to political tensions.

Because of higher education’s strong cultural influence, many of the efforts to heal civic culture are targeted at college campuses. Organizations and programs such as Bridge USA and American University’s Project on Civil Discourse try to help students approach strong disagreement with respect and empathy for their ideological opposites.

One organization that is growing in North Carolina is a national citizens movement called “Better Angels.” On October 29, two representatives of Better Angels came to Duke University to talk about their aims to “bring liberals and conservatives together for real dialogue.” The guest speakers were Ciaran O’Connor, who worked on Barack Obama’s and Hillary Clinton’s presidential campaigns, and John Wood, Jr. who ran as the 2014 Republican candidate against representative Maxine Waters in southern California’s 43rd Congressional District.

The speakers began by describing the extent to which hyper-polarization is corrupting civil and social institutions. For example, in 1960, only about 5 percent of Americans “expressed a negative reaction to party intermarriage.” Now, that number is over 50 percent. In 1994, less than 20 percent of people in both parties viewed those in the opposing party “very unfavorably.” In 2017, that percentage rose to 45 percent.

O’Connor also cited a study from the University of Maryland and the University of Louisiana entitled Lethal Mass Partisanship. According to the study, 15 percent of Republicans and 20 percent of Democrats “agree that the country would be better off if large numbers of opposing partisans just died.” Nine percent of all participants said that violence would be occasionally acceptable if the opposing party wins the presidential election in 2020.

The speakers then described Better Angels‘ mission: to rebuild connections across ideological lines. O’Connor and Wood repeatedly emphasized that the organization’s purpose is not for people to compromise their beliefs or become politically “moderate.” Rather, the goal is to restore courtesy and respect in public discourse. Better Angels members and volunteers are spread out across the country in all 50 states—with over 200 members in central North Carolina alone.

Better Angels centers its work around conducting “Red/Blue” workshops and facilitating debates on college campuses. The first Better Angels workshop took place three weeks after the 2016 election. There were twenty participants: Ten who voted for Donald Trump and ten who voted for Hillary Clinton.

For all workshops, the leaders first lay some ground rules before the group activities begin. The first rule is that no one is there to change anyone’s mind, but instead to learn how to listen. Second, they emphasize that no one is being asked to compromise their values.

Participants are then led through several exercises based on the methods used in couples therapy. The activities help participants realize that “things aren’t so black and white [and] are more nuanced than one would have thought; they start to see commonalities and they also start to clarify disagreements,” O’Connor said.

Organizing workshops on college campuses, however, is a little more difficult due to constraints on students’ time and resources. So the organization adapted its method to fit a simpler debate model. If a student is interested in hosting a Better Angels debate, all he or she would have to do is to reserve a space for the event. Better Angels would, in turn, send a trained member to moderate the debate.

Better Angels debates don’t follow the typical debate format. “There are no teams, it’s not about winning, it’s not about making a case, all of our goal is to come here and share what we think on a difficult topic. We can talk about the hardest things under the sun if we do it with the right spirit,” said a moderator during a 2018 Better Angels debate at American University.

“We can talk about the hardest things under the sun if we do it with the right spirit.”

Of course, not all students can participate in Better Angels’ activities, but that doesn’t mean they can’t help heal civic culture. A new book by Peter Boghossian and James Lindsay entitled How to Have Impossible Conversations: A Very Practical Guide outlines ways to have seemingly impossible conversations that aren’t just civil, but fruitful.

The book outlines 36 techniques Boghossian and Lindsay recommend as effective ways to have fruitful exchanges. The techniques are organized by difficulty of application: 1) basics, 2) intermediate, 3) advanced, 4) expert, and 5) master.

Some of the tactics are very simple and require a slight—but meaningful—modification to how conversations are commonly approached. For example, one technique the authors recommend is to focus a difficult conversation on a specific question instead of a broad topic—the approach taken by Socrates in his dialogues. The result is a focused, clearly defined conversation.

Boghossian and Lindsay also emphasize the importance of easing into a conversation by building rapport, which can be done by showing a genuine interest in the other person’s life and opinions. Another key feature of productive dialogue is learning how to listen well. Listening is also a good way to diffuse tense moments in a conversation: “It is difficult to have an adversarial relationship with someone who’s an excellent listener,” they wrote.

Perhaps Americans’ inability to honestly listen to what others have to say is at the root of their contempt for one another. They can’t talk to each other because they do not listen to each other. Consequently, people come to view their ideological opponents not just as misguided or wrong, but as morally repugnant.

But as Better Angels and the authors of How to Have Impossible Conversations repeatedly underscore, having productive conversations across ideological divides is not about avoiding disagreement, or refraining from asking pointed questions. Instead, it’s about shifting one’s attitude away from winning to understanding. That change in mindset, if adopted by most Americans, could go a long way to healing the country’s unraveling social fabric.