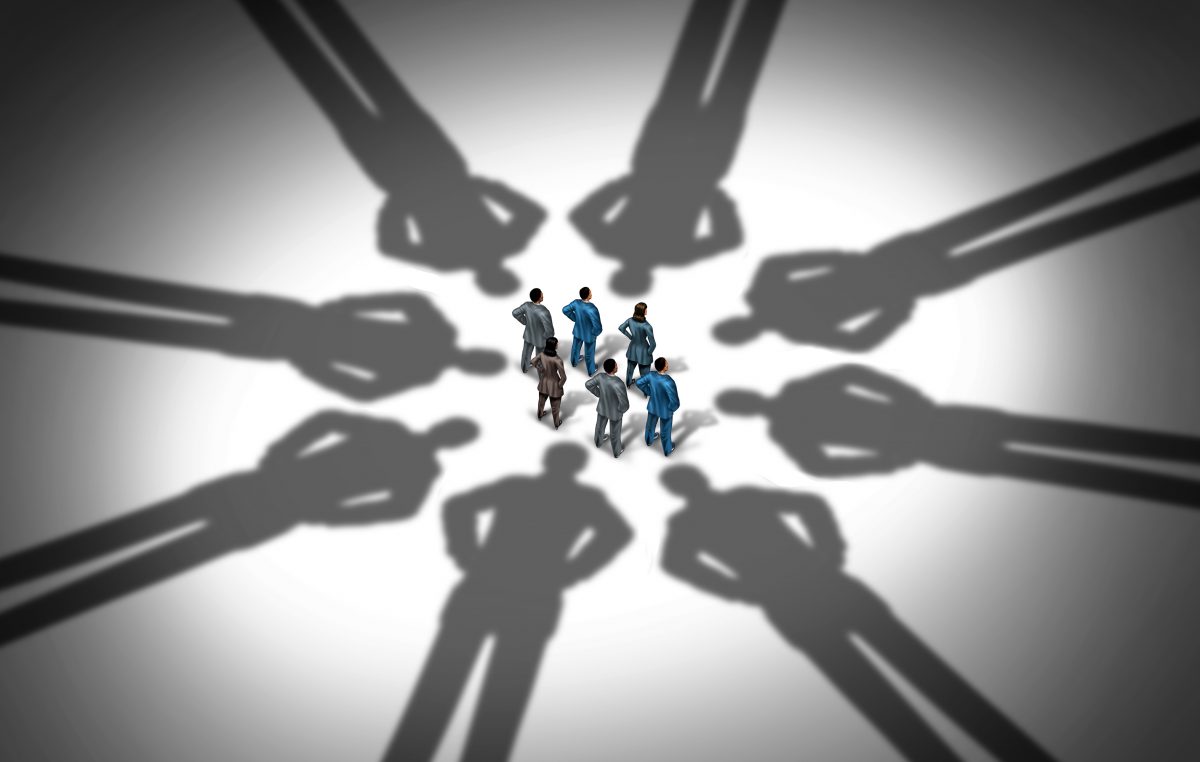 Since April, I’ve witnessed the ongoing destruction of the University of Tulsa (TU) by a cadre of wealthy and powerful people affiliated with the billionaire George Kaiser.

Kaiser is the controlling shareholder of the Bank of Oklahoma Financial (BOKF), which handles much of TU’s business and is the corporate trustee of its $1.2 billion endowment. Frederic Dorwart, the chairman of TU’s board of trustees, is BOKF’s general counsel and president of the George Kaiser Family Foundation (GKFF). TU President Gerard Clancy sits on BOKF’s board; Steven Bradshaw, BOKF’s CEO, sits on TU’s board of trustees. TU trustee Chester Cadieux III sits on the boards of both BOKF and GKFF. TU provost Janet Levit is the wife of Ken Levit, the CEO of GKFF, which will eventually be the primary shareholder of BOKF. (I tried to make sense of these ethically bewildering entanglements in an article I wrote for The Nation.)

After Dorwart and Levit took office in the spring of 2018, the administration pushed through True Commitment, a restructuring plan that eliminated 40 percent of the university’s academic programs, dissolved all academic departments, and raised teaching loads. They did so in secret, using seriously flawed data fed to a handpicked committee whose members were required to sign blanket non-disclosure agreements. (I reported on these matters in City Journal.) Since then, the administration has engaged in a pattern of bullying and intimidation that has recently reached a crisis point.

Scott Holmstrom, the president of the faculty senate, and Jennifer Airey, the vice president, have spoken on multiple occasions to Concerned Faculty of TU (CFTU) about having to endure ill-tempered rants by Clancy and members of the board. The two met with the board of trustees on September 16 and 17, during which they were treated in a manner that Airey described as “brutal” and Holmstrom as “unprofessional.”

In those meetings, the board proposed that faculty be given access to the university’s instructional budget and have 30 days to suggest alternative cuts to academic programs, amounting to the same millions in savings as True Commitment was projected to produce.

Many faculty regarded the board’s offer as a transparent attempt to delay a planned vote of no confidence in the administration. Almost all acknowledged that the time limit of 30 days is impossibly restrictive.

According to Airey, Levit told her and Holmstrom that the faculty needed either to accept True Commitment or come up with their own proposals for academic cuts; otherwise, the trustees were prepared to fire 10 percent of the faculty outright.

They could only do that, however, by declaring a fiscal emergency, and there’s been no indication that such an emergency is imminent. Indeed, Clancy stated on April 12 that the university is “on solid financial ground,” and as recently as August 28 he publicly referred to our endowment as evidence that TU is “a strong university.”

Levit announced the board’s offer at a faculty senate meeting on September 19. Clancy then tried to win support for the offer by asserting that he and Levit overcame a 2 percent chance of success—that was the spuriously exact figure he cited—when they managed to convince the Higher Learning Commission, TU’s accreditors, not to place us on probation in 2018. He has maintained that True Commitment will “allow us to remain in good standing with the Higher Learning Commission,” but he’s refused to release the HLC site visit report on which this claim rests.

Clancy couldn’t resist blaming faculty for making trouble. He said that administrators have suffered because they’ve had to spend precious time dealing with faculty opposition and because the uproar generated by True Commitment has affected their health.

He justified withholding essential financial data (including administrative expenses) on the ground that “a few faculty have a track record of spreading sensitive data and misinformation to the media.” He’s said this more than once, most recently denouncing “inflammatory rumors” in the Chronicle of Higher Education, but has never offered any evidence to back up his claims.

Clancy and Levit also ignored senators who insisted that they stop retaliating against faculty who oppose True Commitment. I am one of those faculty members.

On August 30, I was notified by my college dean that I had violated the TU Code of Ethical Conduct by “sending unsolicited electronic communications through Blackboard to promote a third-party website.” I’d used Blackboard, an online platform hosted by the university, to direct alumni to tuplan.org, a website that offers an overview of the academic disaster.

Then on September 4, I was informed of another alleged ethics violation, concerning a post I’d made on April 16 to a Facebook group established as a focal point of resistance to True Commitment. My post was in response to the university’s offer of non-confidential counseling to students upset by the elimination of academic programs. I’d written: “Non-confidential counseling? DO NOT TRUST THEM!” (Non-confidential counseling, of course, is just that; one proceeds at one’s own risk.) The complainant asserted that my post “resulted in harm to students” because it “negatively impacted students’ perceptions of the counseling center as a resource.”

The university then hired Karen Glickstein, a lawyer at Jackson Lewis, a 900-attorney firm specializing in “workplace law representation to management,” to drive down from Kansas City to interview me about the complaint. Glickstein wanted to meet immediately; I suspect the university was hoping I would not be accompanied by counsel. Luckily, I had retained my own lawyer after I was temporarily unable to send or receive emails on my TU account in April and a computer unaccountably disappeared from my office in May.

While Glickstein claimed that she would merely be trying to ascertain the facts pertaining to the complaint, that was not my impression of the interview. She produced no evidence that any student failed to get counseling or suffered any harm whatsoever because of my statement. Nor did she explain what part of the Code of Ethics I might have violated.

Instead, she grilled me for over an hour, repeatedly attempting to get me to incriminate myself. For example, she asked me whether it ever occurred to me that my statement might cause harm to students. My lawyer ultimately stated for the record her concern that the real motivation of the investigation was retaliatory.

The university’s general counsel told me to notify her “if you feel that you have been subject to any retaliatory acts for participating in this [investigatory] process.” Although I believed that the process itself was retaliatory, I saw no point in lodging a complaint. That’s because the Code of Ethical Conduct concludes: “The authority to grant exception to one or more of these policies and procedures is vested with the President of The University of Tulsa or his/her delegated representative(s).”

The administration’s punching down against opponents goes beyond faculty. It extends to the very students they are ostensibly so eager to protect that they will spend tens of thousands of dollars on lawyer’s fees to do so, even in the face of alleged financial exigency.

On September 9, two undergraduate journalists published a detailed and compelling article about the administration’s attempt to avoid a vote on their violation of the faculty senate constitution. They later received an email from Mona Chamberlin, TU’s executive director of marketing and communications. Chamberlin wrote:

It’s also been brought to my attention that Professor Jacob Howland recently referred to you and [name withheld] as being on his “team” following an article in last week’s Collegian. Futhermore [sic], it seems that [name withheld] agreed with that assessment. This activity raises [a] concern for me. We would like to work with Collegian reporters and editors the same way we work with other reputable media outlets, but we need reassurance that the paper and its staff practice sincere, objective journalism.

The Collegian article, it turns out, had been posted to Facebook. Seeing the post, I’d congratulated the reporters on a “superb article that any newspaper would be proud to publish,” and I’d added that “we are proud to have you on our team.” Pleased with the compliment, one of them had “liked” my comment. That’s all it took for Chamberlin to impugn the integrity of two of the university’s best young journalists.

Dorwart, Clancy, and Levit treat faculty like employees to be managed, monitored, and wherever possible replaced by younger, cheaper, more vulnerable and compliant ones. Yet there can be no doubt that they are inept at their jobs. Clancy, in particular, is cynically sowing chaos. His latest email blast angrily maligns CFTU as a “faceless” group that “has attacked…our university.”

What is so disturbing about all of this is the way supposedly liberal academics can turn into intimidating bullies once they’ve adopted transformational plans like True Commitment. No commitment should be higher than to decency and respect.

I suspect that there is only one person who can stop Clancy and his allies from further damaging the university. That man is George Kaiser, who may one day decide that he’s simply had enough of their incompetence.