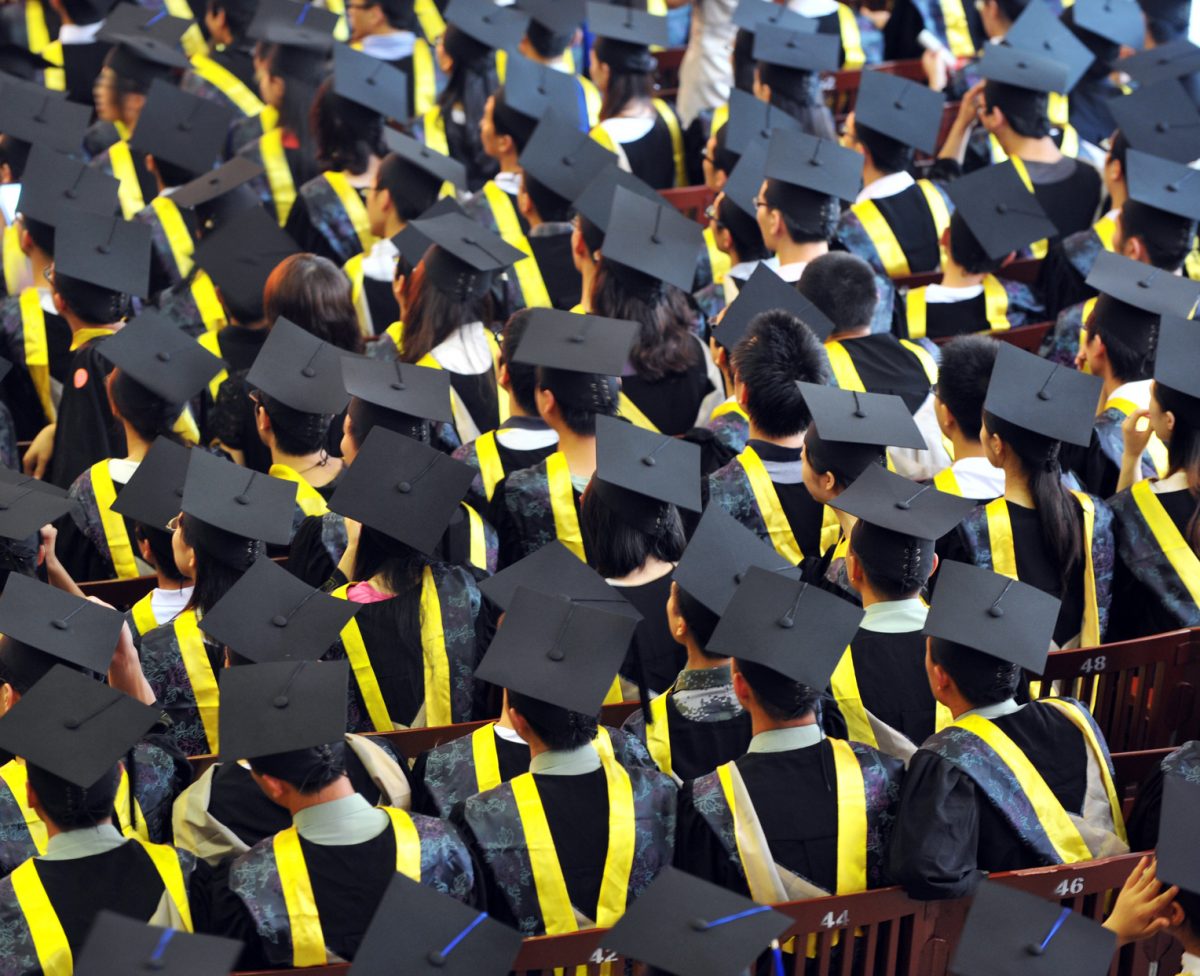 In 2017, the North Carolina legislature passed House Bill 527 (now State Law 2017-196) to foster open inquiry in the state’s public colleges and universities. One of the provisions ordered the University of North Carolina system Board of Governors to produce an annual report on two categories of intellectual freedom: free speech and institutional neutrality.

The law states that colleges should aspire to “institutional neutrality,” where schools do not take a stance on a political issue, so that students and staff don’t feel pressured to share the views of the political majority on campus.

However, during the political science commencement ceremony at the University of North Carolina at Chapel Hill, I saw institutional neutrality fail. The last official event graduating students would attend with Chapel Hill was suffused with politics rather than reflections on knowledge and truth.

This year, the political science department at UNC-Chapel Hill chose Gina Collias, a conservative-turned-liberal North Carolina politician running for Congress in the 10th District, to give the commencement speech—which she used as a platform to campaign for Congress and praise liberal students.

Collias began her speech by correcting an error in the commencement program, clarifying that she was no longer a Republican. During her speech, Collias spoke about her time at UNC-Chapel Hill, but she also brought up abortion. With states like Alabama recently passing abortion restrictions and other states like Vermont protecting their citizens’ right to abortion, mentioning abortion positively was a way for Collias to flush out the audience’s partisan leanings.

When she received a positive reaction from the crowd, Collias then told a story about correcting her white privilege and urged members of the audience to do the same. Collias spoke about being at an African American church when she was young and didn’t know who Martin Luther King Jr. was. She said the congregation was shocked and that she “should have known who this figure was.” She cited where she grew up and blamed white privilege for her ignorance to highlight how easy it is for white people to be unaware of the issues of others.

That sentiment about white privilege has been shared by the university in its Racial Equity Resources and has been used to justify the Silent Sam protests and its eventual toppling.  Later in her speech, Collias talked about her political efforts to inspire change in her community by spearheading an effort to build a playground in Kings Mountain, North Carolina, which she noted was scoffed at by local Republicans.

By the end of her speech, Collias tried to broaden her horizon. She encouraged students to make a difference in their community and to be proud of their Carolina education. However, after a speech covering abortion, white privilege, and her political aspirations, students who didn’t share her ideology may have felt that Collias would denigrate the differences they would make in their community. As a political figure and Carolina alumnus, Collias could have used this opportunity to congratulate and inspire students regardless of ideology, but she chose differently.

When asked if the commencement ceremony was recorded, UNC-Chapel Hill political science department staff said it was not recorded due to staffing and time constraints.

I was reminded that individuality and freedom of thought are of secondary concern on Chapel Hill’s campus and in political science.

By inviting Gina Collias to speak at the political science commencement, UNC-Chapel Hill confirmed, once again, that they will push a progressive political line at non-political events. Pushing that political line at a commencement ceremony defies the spirit of the law to uphold institutional neutrality and puts politics above the university’s academic mission.

Institutional neutrality on college campuses is important because college is a place where students go to explore the truth, think for themselves, and learn to be contributing members of society—and this cannot be accomplished when students are encouraged to submit to progressive political thought. By allowing politics to rule on campus, UNC-Chapel Hill undermines its supposed commitment to free thought and scholarship. If Chapel Hill wants to regain the reputation it has lost through academic scandal and controversy and set an example for the rest of the UNC system schools, it should stop lecturing its students, with parents and family in attendance, about their political views.

As a graduating student, I felt neither inspired nor proud to be a political science student. Instead, I was reminded that individuality and freedom of thought are of secondary concern on Chapel Hill’s campus and in political science.

By practicing politics on college campuses, institutions are doing a disservice to their students. In adopting progressive political leanings, universities are stamping out the diversity of ideas which are part of what makes college campuses important centers of learning. Politicization will continue to tarnish the reputation of colleges and distort the learning process unless diversity of thought and fruitful discussion are returned to college campuses.

In the future, I hope UNC-Chapel Hill will exercise better judgment when choosing commencement speakers. Students deserve speakers who focus more on the accomplishments of graduates and the meaning of a college education, rather than their personal political views.

Magdalene Horzempa is a Martin Center intern and a graduate of the University of North Carolina at Chapel Hill.