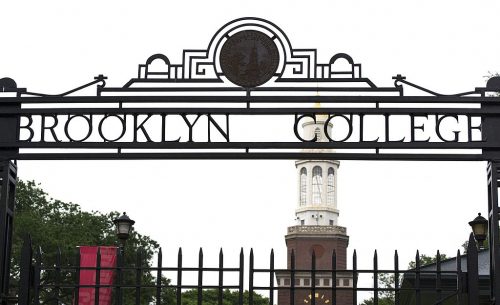 Public universities morally should and legally must uphold free speech. Unfortunately, the university where I’ve taught for 43 years has a very bad record, and matters are getting worse.

The City University of New York (CUNY) has a long history of speech suppression, as a sampling of legal cases at its various campus units reveals. For example, in 2007, a federal appeals court ruled that the College of Staten Island’s president violated students’ First Amendment rights when she nullified a student election; in a 2017 court settlement, Queens College administrators agreed to reverse their arbitrary decision to deny official recognition of a pro-life group litigation.

The administration of Brooklyn College has been particularly aggressive in suppressing speech. This is illustrated in a series of court cases involving students who were attempting to stop the college from collecting a mandatory fee in support of the New York Public Interest Research Group (NYPIRG), an off-campus, liberal lobbying group.

Those cases are remarkable not only because of how blatantly administrators violated the students’ First Amendment rights but also because of how the students obtained their legal victories. In each of the court cases, students acted as their own attorneys, beating attorneys from the state attorney general’s office. That amateurs repeatedly bested professionals in court is an indication of how obvious the college’s violations were.

Some of Brooklyn College’s violations of speech rights never made it to court, but they are nonetheless noteworthy. For example, in 2013, security officers removed four pro-Israel students from a forum on the movement to boycott, divest, and sanction Israel. A college administrator told reporters that the removal was “based on official reports” that the students had been disruptive. A subsequent investigation proved (based on audio tapes) that there had been no disruption. The college had violated the students’ rights by removing them without cause and had defamed them with false accusations.

More generally, the administration’s actions against the pro-Israel students sent a message to the campus community that holding some viewpoints carries with it a risk of official retribution.

Sometimes CUNY administrators use more subtle means to undermine free speech. This can be illustrated by Brooklyn College’s response to posters placed around campus by the David Horowitz Freedom Center in 2017. Those posters labeled two of the college’s professors as terrorist supporters, a view that is not only constitutionally protected (because it falls short of incitement) but is also arguably true. (The professors had been arrested while demonstrating in support of a Gaza government led by Hamas, a group designated as a terrorist organization by both the United States and the European Union.)

The president of Brooklyn College, Michelle J. Anderson, did not regard the posters as protected speech, however. She characterized them as “targeted intimidation” designed to “defame and silence specific individuals.” She built on that premise to assert that members of the college have a right “to express political opinions in an atmosphere free from hate and intimidation.”

Her assertion that the opinions of Brooklyn College professors deserve more protection than those of the Freedom Center is at odds with First Amendment case law, which mandates that public institutions maintain viewpoint neutrality. As president Anderson would have it, Brooklyn College professors should be free to share their political opinions with students without having to defend their thinking against provocative (but protected) viewpoints that originate off campus.

The consequence of shielding campuses from controversial political thoughts (whether from off-campus posters or guest speakers) is predictable: the reinforcement of group-think. If CUNY administrators repeatedly and willfully violate First Amendment rights, is it any surprise that CUNY students fail to grasp the value of free speech and the legal protection that it is afforded?

Sure enough, last year there were three noteworthy student-led campaigns targeting the protected speech of wrong-thinking faculty. Two of those campaigns comprised standard demonstrations and letters demanding that action be taken by college administrators. The third, however, represents a noteworthy and very troubling escalation.

One campaign targeted professor Mitchell Langbert of Brooklyn College. He had posted an essay on his blog about the Kavanaugh hearings that critics labeled as pro-rape. Professor Langbert defended his obviously satirical take on the issue (“In the future, having committed sexual assault in high school ought to be a prerequisite for all appointments, judicial and political.”) by claiming that it was designed to provoke a debate on free speech. Rather than prompting thoughtful discussion, however, professor Langbert’s blog piece triggered the usual “fire him” demonstration.

A second campaign targeted professor Rohit Parikh, also of Brooklyn College. He had posted a controversial view on Facebook, writing in support of legal immigration but advocating the deportation of all those in the U.S. illegally. He touched off the firestorm by stating, “Hispanics are GOOD people…But are they really the population which America needs for the rest of this century when more and more education is required?”

His critics labeled his thoughts a direct threat to undocumented students, rallied against him, and issued demands including an investigation of his views and “sensitivity training” for all faculty and staff.

Of course, the proposed penalties for professors Langbert and Parikh are proscribed by First Amendment protections at public universities such as CUNY. But that matters little on campuses these days. Using the heckler’s veto is pretty much the current norm for campus activists, who are ever vigilant against “unsafe” ideas, whether they originate from wrong-thinking faculty or conservative guest speakers.

The third anti-speech campaign at CUNY last year started out the same way as the others: An adjunct professor and administrator at CUNY’s Kingsborough Community College, Michael Goldstein, posted comments on his Facebook page that critics labeled racist, anti-Muslim, sexist, and so on. “Which Christian or Jew plowed their van into 20 people in London?” he asked, for example. That prompted the usual reaction. Activists, including a sociology professor, called for Goldstein’s firing.

That the peaceful demonstrators and the vandals at CUNY differ in their tactics should not obscure the fact that both share the same goal: firing faculty who express unpopular personal viewpoints.

But this campaign—detailed by Armin Rosen in The Tablet—significantly differed from the others both in length and nature: It has lasted for 10 months already and has involved vandalism and intimidation. Students banged on the windows and doors of Goldstein’s office, made harassing phone calls, and defaced a photo of his late father, a former Kingsborough president, with the words “kill Zionist entity” and “f*** Trump Goldstein.” Someone punctured the tires of a car owned by the chair of Goldstein’s department.

Those incidents were so alarming that the administration placed a security guard and surveillance cameras outside of Goldstein’s office.

That the peaceful demonstrators and the vandals at CUNY differ in their tactics should not obscure the fact that both share the same goal: firing faculty who express unpopular personal viewpoints.

I think it is reasonable to conclude that the attitude of CUNY administrators toward free expression influences the actions of anti-speech student activists. If the president of a public college asserts the campus community’s right to be free from hearing disagreeable but protected viewpoints, why wouldn’t student activists think that firing professors for their private opinions is constitutionally acceptable? And if CUNY administrators repeatedly and illegally act to suppress speech, why wouldn’t some activists see their own illegal actions (such as vandalism) as justified?

Simply put, the failure of college administrators to respect and enforce the right to free expression helps nurture the excesses of anti-speech activists. But suppositions need testing, and I see a way to test mine.

In 2015, the University of Chicago issued a statement and a set of rules in defense of free expression on its campus. Tens of other universities have adopted those principles. A comparison of student behavior regarding speech on “Chicago-type” campuses to their behavior on “safe space” campuses could prove instructive.

Of course, student behavior could improve at speech friendly campuses simply due to stricter enforcement of penalties for interfering with speech. I’d welcome improvement, even if coerced. But will student attitudes change? That answer could be determined with well-designed surveys comparing student attitudes over time at campuses with differing policies on free expression.

For those who still believe in the value of unfettered debate on campuses, the University of Chicago model might prove to be a valuable tool in helping reverse the slide toward speech suppression that is exemplified by recent events at CUNY.

David Seidemann is a professor in the department of Earth and environmental sciences at Brooklyn College.

The Slippery Slope of Speech Suppression at CUNY