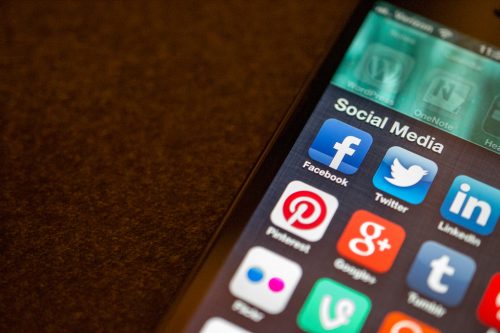 When Congress wrote the 1972 amendments to the Education Act, it meant to prevent colleges and universities that received federal money from discriminating against students based on sex. Title IX states that schools lose eligibility for federal money if they discriminate against either men or women.

Over the years, federal courts have expanded and contorted the meaning of Title IX. By late 2018, it means, according to the Fourth Circuit Court of Appeals, that a college or university violates Title IX unless it goes so far as to shut down an off-campus social media platform that it does not control because some people (who might or might not be students) are using it to communicate nasty messages about a feminist group.

In short, Title IX now requires schools to mount a frontal assault on the First Amendment if some students complain that they’re subject to “discrimination” because people are saying things they dislike.

The case in question is Feminist Majority Foundation v. University of Mary Washington (UMW). It began in 2014 when UMW’s student senate voted in favor of allowing male-only fraternities. Members of Feminists United (FU) at the school argued against that decision in a subsequent campus meeting and continued to do so on Yik Yak, a now-defunct social media app. Yik Yak allowed its users to post anonymous messages (“yaks”) within a limited geographical range and some of them expressed strong, offensive, criticism of FU.

Matters escalated a few days later when members of the UMW men’s rugby team were captured on video in a chant that glorified violence against women. That video was given to the UMW administration. Members of FU sought and obtained a meeting with the school’s president, Richard Hurley. They wanted to know what the university would do in response to the video; Hurley told them that some unspecified action would be taken.

Feminists United president Paige McKinsey was not mollified by Hurley’s bland assurances, so she published an opinion piece in the student newspaper in which she discussed the rugby team’s chant, the harassing Yaks, and concluded that UMW was “not a feminist friendly campus.” That led to still more verbal and cyber-attacks on FU members.

McKinsey then informed Leah Cox, UMW’s Title IX coordinator, that she wanted action taken against the rugby team, but Cox said that she did not know of any action that the school could take. On March 11, 2015, president Hurley held an open forum to discuss the tensions on campus, stating that he took student safety concerns seriously (FU members had complained that they felt unsafe on campus) and that several of the rugby players had been sanctioned for their conduct.

Hurley’s actions did nothing to cool the climate, however. Feminists United, therefore, filed a complaint with the federal Office for Civil Rights and a lawsuit against UMW. The arguments advanced in the suit were that UMW had violated the law by showing indifference to the hostile, discriminatory campus environment and that president Hurley was personally responsible for publicly defending the school against allegations of discrimination. That defense, the complaint argued, was tantamount to retaliation against the students.

The federal district court that heard the case dismissed all aspects of the suit in 2017. It held that UMW had not been indifferent to the claimed discrimination and harassment because it had no control over anonymous postings on Yik Yak. It also held that Hurley was not liable for “retaliation” merely because he did not do everything FU had demanded and issued a public defense of the university.

But the plaintiffs were not willing to accept that their novel views on the scope of Title IX had been rejected. They appealed to the Fourth Circuit Court of Appeals, arguing that their case should be reinstated. Last December, they got their wish (at least in part) when that court ruled that their claims against UMW could proceed. The Fourth Circuit agreed, however, that the complaint against Hurley as an individual was properly dismissed. (The decision is available here.)

The essence of the Fourth Circuit’s decision was its view that UMW could have exercised “substantial control” over the harassers (which it assumed were mostly UMW students even though that couldn’t be proved) and the context in which the harassment occurred. The majority held that because the university could have blocked campus access to Yik Yak and could have taken additional steps (such as holding a mandatory student assembly and/or requiring anti-sexual harassment training for students), it had apparently been indifferent to the harassment of FU members. Therefore, the case should not have been dismissed.

In dissent, Judge G. Steven Agee argued that the majority opinion was not consistent with the Supreme Court’s leading Title IX harassment case, Davis v. Monroe County Board of Education and had disturbing First Amendment implications. He wrote that the plaintiffs’

Persistent requests to ban Yik Yak for all students demonstrates their indifference to the need to balance their Title IX claims against the First Amendment rights of their peers. To stop speech FU doesn’t want to hear, it wishes to close the public forum to all speech and all speakers…Blocking Yik Yak from the University’s wireless network would have run afoul of these (First Amendment) principles without any apparent effect given that—at least as alleged—nothing connected the University’s wireless network to any of the reported Yaks in the first place.

Judge Agee has identified a key problem with the approach many Title IX zealots take, namely that stopping harassing speech they dislike is so important that free speech must be sacrificed.

Upon rehearing, the district court should address a crucial issue that has up until now been ignored—whether the harassing posts on Yik Yak were protected by the First Amendment.

Even though many of the Yaks were vulgar, they did not rise to the level of “true threats” which the Supreme Court has held do not have First Amendment protection. Rather, they were expressions of opposition to FU’s political advocacy on campus, which are covered by the First Amendment. As the Foundation for Individual Rights in Education states in its amicus brief, “The posts may have been uncivil, but the authors’ choice to be uncivil is constitutionally protected.”

Furthermore, the presence of hostile Yaks did not prevent the plaintiffs from getting the benefits of an education at UMW since all they would have had to do to put an end to the problem, the brief continues, was to “ignore the posts or delete the application.” Instead, they chose to use Title IX as a sword against speech they wanted to silence.

Judge Agee’s dissent sums up the trouble with this ruling:

Make no mistake, the majority’s novel and unsupported decision will have a profound effect, particularly on institutions of higher education, until the Supreme Court reaffirms that Davis means what it says. Institutions like the University will be compelled to venture into an ethereal world of non-university forums at great cost and significant liability, in order to avoid the Catch-22 Title IX liability the majority now proclaims.

The University of Mary Washington case will probably end up in the Supreme Court a few years from now and the justices will have to decide if they want to allow Title IX to keep surging over the First Amendment on college campuses.