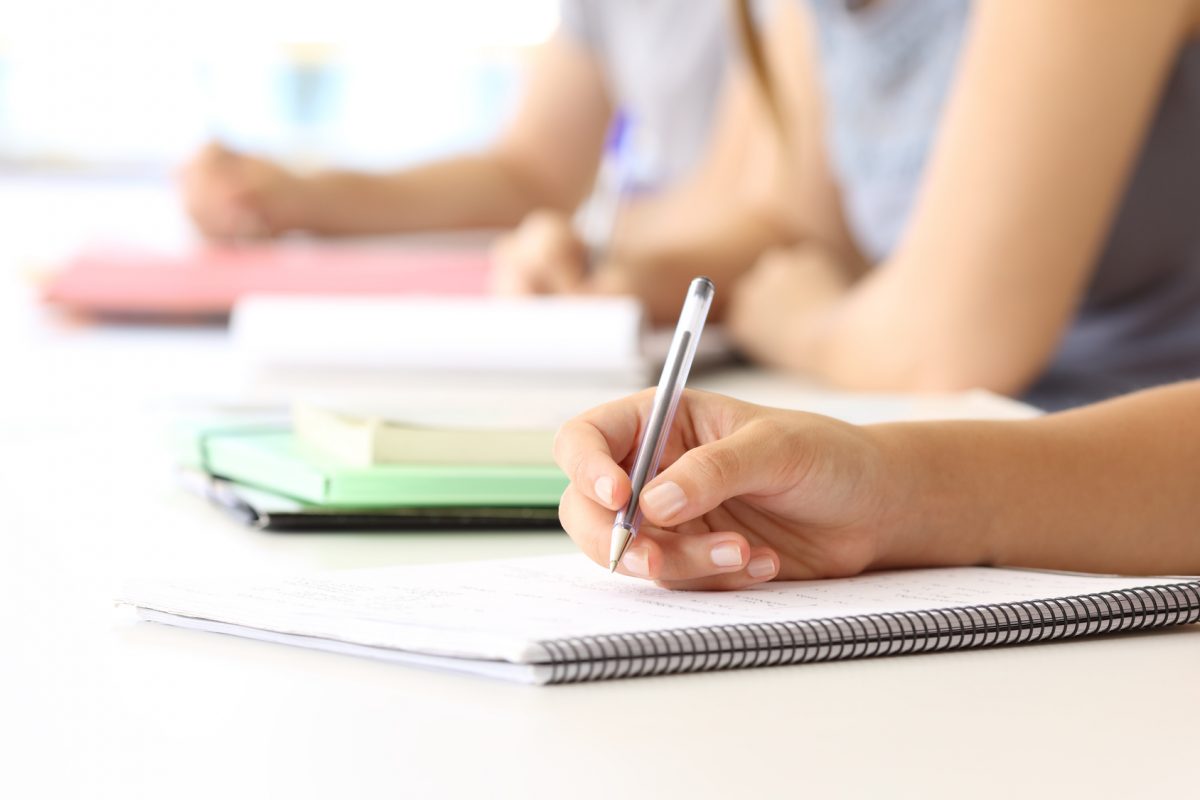 Academia has a long history of ignoring original minds who push their fields forward.

There was the monk Gregor Mendel, who experimented with cross-breeding peas in his monastery garden. His work was forgotten until it was rediscovered after his death and became the foundation of genetics.

Austrian physician Ignaz Semmelweis had a similar fate. Semmelweis insisted that the medical residents in his maternity ward wash their hands in carbolic acid between patients. Though he didn’t know why it worked, he knew it saved women’s lives. Still, his fellow obstetricians ignored him and he died in an insane asylum. Twenty years later, Louis Pasteur’s germ theory provided an explanation for the life-saving habits that Semmelweis had ranted about.

I’m a college writing instructor and the sadly ignored innovator I think about all the time is Rudolf Flesch. Dr. Flesch (1911-1987) became known as a reading expert because of his best-seller Why Johnny Can’t Read. But few remember his The Art of Readable Writing, which is sad because we need it now. There’s a flood of college graduates who can’t write a clear sentence. Though writing professors are mostly defensive, at least some of them admit not knowing what to do about bad college writers. Prof. J.R. Teller, for instance, began his essay “Are We Teaching Composition All Wrong?” with this lede: “My students can’t write a clear sentence to save their lives, and I’ve had it.” 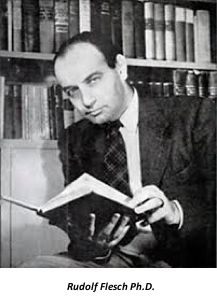 Flesch was a Jewish lawyer who had to flee Nazi Germany in 1939. He came to New York, got into Columbia, and attached himself as an assistant to Lyman Bryson in the Teacher’s College Readability Lab. He became a doctoral candidate and researched the limitations of readability formulas—which at the time were mostly for grading the difficulty of children’s books. His doctoral dissertation later became The Art of Readable Writing.

He tuned up the readability formulas of his day and developed new ones. These formulas worked by calculating average sentence length and difficulty of vocabulary and allowed publishers to figure out the grade level of children’s books they were putting out.

Flesch’s first new formula estimated the reading ease of books for adults, a novelty at that time. He indexed average sentence length in words, number of prefixes and suffixes, and number of personal references. And he went on refining it until he had his Flesch readability scale, which counted average sentence length, average syllable length, and percentage of “personal sentences.”

Early reviewers of his work were skeptical, but repeated tests showed that the system worked. Because his reading-ease score consistently represented how easy or hard a passage was to read, its use spread quickly to businesses and agencies who wanted to know that their audiences understood them. Today it’s used by everyone from the Associated Press to the U.S. military. Many states require car insurance policies to be written at a 9th-grade Flesch level. It’s even on your laptop in Microsoft Word, which runs a crude “Flesch Reading Ease” score. 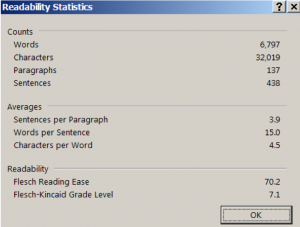 But his work never became accepted by English departments. He could not get the tweedy tribe of English professors to teach college writing with it. The classic English prose style is a good thing—look at Swift, Defoe, John Bunyan, and Hemingway. Why not teach it directly using readability concepts?

But the English departments ignored Flesch as the medics had ignored Semmelweis. They closed ranks against him, misrepresenting him as a crank who wanted to reduce everything to the level of a Dick-and-Jane reader. Envy may have played a role in his rejection as well because Flesch wrote compelling prose. He became famous and his books were best-sellers.

Which brings us to the educational challenge of today: many students arrive at college unable to string sentences together, unaware that some sentences are good and some are not. They are almost non-literate. Then they enroll in comp courses that are poorly focused and cover almost everything but quality writing.

A comp course on readable prose from the Rudolf Flesch angle would be a great boon. Such a course would focus on the mastery of these skills:

With sentence control mastered, the course could go on to cover the organization of short essays: writing a title, a beginning paragraph, a forecast sentence, a body organized with a set of verbal signposts, and a graceful ending.

I already teach the readability course I’m proposing here. I’ve structured the course so it leads students step by step to the kind of writing behaviors that Flesch would want to see. I stress control of average sentence length like he would. I stress one-syllable active verbs like he would. I make a big deal about simplifying language—meaning using short words whenever possible like he would. Both he and I are big fans of using short sentences to break things up. His overall theme is readability and so is mine.

I’ve taught readability to freshmen for 22 years and it has produced big improvements in their writing. They come out of the course understanding why interesting writing is interesting. Because it has the single focus of helping the reader, students embrace it and find it practical. Other instructors are now using the method in colleges around the country.

When I propose a new way of teaching writing, I don’t want to downplay the hard work that idealistic part-time writing instructors are now doing in the trenches of freshman comp and remedial writing. They want their students to write clearly but don’t have a way of being systematic in their style instruction. They need better tools. The Readable Writing course is systematic on the subject of achieving a clear style. I know of no other freshman course that can make that claim.

Rudolf Flesch told the truth about writing. A simple style has a great impact; it’s not just for simpletons. It’s for smart people, and if you don’t get your writing simple and plain enough on the first draft, you can do it on the second or third. A writer who consciously works toward a simpler style, he said, would never lose his former readers, but in fact would serve them better because they’ll read faster, understand better, and remember longer.

Flesch remains an intellectual pioneer, the man who investigated in detail what it means for a writer to help the reader. American colleges should circle back and make use of his insights.

The Forgotten Man We Need Now for College Writing Reform

Why Many College Students Never Learn How to Write Sentences