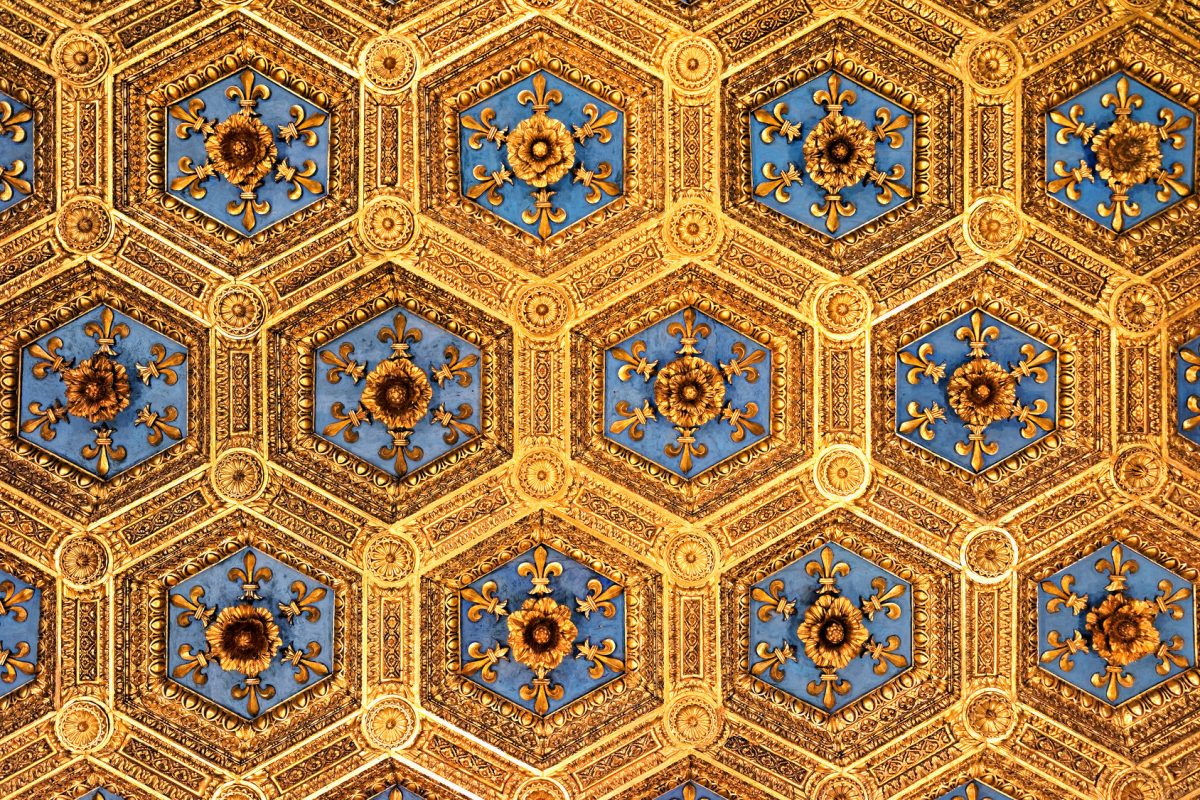 A recent book by Thomas L. Martin and Duke Pesta, The Renaissance and the Postmodern: A Study in Comparative Critical Values represents something of a critical cat among the contemporary theoretical pigeons. Martin and Pesta, associate professors of English at Florida Atlantic University and the University of Wisconsin, Oshkosh, respectively, set out to judge the results of applying current literary theories to Renaissance works by measuring them against the critical, philosophical, and religious principles of the Renaissance authors themselves.

One indicator of the importance of their undertaking is the baleful influence of the unholy French trinity of Jacques Derrida, Michel Foucault, and Jacques Lacan in departments of English and foreign languages over the past 50 years. These men have dazzled the eyes of American literary scholars, although their influence in their own fields has been problematic and ephemeral.

The general effect of their ideas on literary study has been to question the distinction between imaginative literature and other forms of written discourse, to undermine our sense that written documents of any kind convey a clear, stable meaning, and, finally, to maintain, in conjunction with Marxism, that all texts are the products of the material forces of history rather than the conscious intentions of authors. By demonstrating that the literary ideas of Renaissance authors themselves provide far more convincing accounts of their works than interpretations based on postmodern theory, Martin and Pesta provide important insights into the sources of the cultural decadence with which we grapple today.

Since literature classes provide students with their most intense experience in reading attentively and critically, literary theory has a substantial effect on how they respond to historical documents, op-ed pieces, and other treatments of social and political issues. If all “texts” are approached with suspicion and disdain, as postmodern skepticism about meaning encourages, it is hardly surprising that students are shouting down controversial speakers on campus and demanding the censorship of classic literary works.

In their first chapter, Martin and Pesta point out that contemporary scholarship on Renaissance drama, preoccupied with “gender theory,” reproduces, in effect, the view of the theater asserted by Puritans in the age of Shakespeare, Marlowe, and Jonson, who attacked all staging of plays. Those enemies of drama were offended by (among other things) the stage convention of the era in which all the women’s parts were played by boys, suggesting that boys in feminine costumes would provoke unnatural lust in male spectators.

Commenting on these passages, the authors observe, “If all distinctions topple, particularly between character and actor, and between dramatic and social, then too so does the distinction between literary and non-literary.” They call our attention to a puppet show in the last act of Ben Jonson’s Bartholomew Fair in which this “rejection of theatrical illusion” is hilariously satirized in the character Zeal-of-the-Land Busy, who “argues with a puppet as if it were a real person.” For all the pompousness of their quasi-scientific language, postmodern literary critics share the naïve attitude toward literature of the comic butt of Jonson’s satire.

To accept the postmodernist view, however, has grave consequences, which apply not only to imaginative literature but to written discourse generally. If an author cannot separate his representation of reality from reality itself, as in a dramatic fiction, or his idea about reality, as in a philosophical, scientific, or historical treatise, then we can maintain no understanding—no rational grasp of our world—since our reasoning and imagining are reduced to random material phenomena. It is as if our system of numerals could not be distinguished from the physical items that we were counting.

Pursued to its logical conclusion, that premise makes rational understanding of anything impossible, because we are prisoners of the blind forces of history.

Do not shrug this off as an obscure, merely academic debate with no social and political consequences. In the light of Martin and Pesta’s discussion, we may consider, for example, the current public outrage over “cultural appropriation” if men and women of European descent are as cast Asians or American Indians—would Sir Lawrence Olivier dare take the role of Othello today, as he did in a 1965 film of the play? Or we may ask why so many in the “millennial” generation are such avid supporters of LGBTQ rights and then remember that their teachers both in high school and college were taught by professors wholly caught up in postmodern notions of “the interchangeability of the sexes,” who read all works of literature indiscriminately to find evidence for a preconceived ideology.

At the root of such perverse misreading, as Martin and Pesta point out, is an assumption pervading postmodern theory: “Literary representation becomes a representation of culture, the text a social text whose real message is not so much the author’s expressive vision as it is the expression of the social processes that constructed both author and artistic statement.” Pursued to its logical conclusion, that premise makes rational understanding of anything impossible, because we are prisoners of the blind forces of history.

Postmodern critics apply withering skepticism to every text except their own. Among numerous examples in The Renaissance and the Postmodern, one of the most revealing is the account of how Lacanian interpretations of Edmund Spenser’s Faerie Queene inevitably insist that the poem illustrates Lacan’s basic principle that the human self is the creature of desire, and that any apparent rational or noble motive is an illusion masking the underlying surge of unfocused, alienating longings.

Readings of Lacanian critics thus distort or ignore the numerous passages where one of Spenser’s chivalric heroes escapes from illusion or overcomes unreasonable desire because triumphant virtue is incompatible with Lacan’s view that all human beings are hopelessly neurotic. Such a critic, Martin and Pesta write, “sees only his own assumptions at work in Spenser’s poem, or perhaps only sees himself. Those assumptions create a very different narrative from the one Spenser wrote.”

Again, do not mistake this more a matter of merely “academic” concern. The tendency to narcissism has become a truism; but consider a more disturbing example: if all texts are simply the product of social or unconscious psychological forces, then this applies to the United States Constitution as well. As society or the human psyche “evolve” under the pressure of irrational historical forces, then the meaning of the Constitution, as of any document, must be evolving, too. Hence, we have the notion of the “living Constitution,” which conveniently always evolves in ways that suit the predilections of progressive politics.

To be sure, problematic Supreme Court decisions antedate the ascendancy of postmodern literary theory, but such dubious legal interpretations have become more common and more extreme over the past five decades as postmodernism has flourished. Moreover, our educational system during this same period has been nurturing in students deconstructive and historicist approaches to texts which ignore their actual, original meaning and encouraging the notion that passions, especially desire, are the essence of human nature. These desires very quickly become newly discovered “rights.”

Martin and Pesta have provided a shrewd, insightful analysis of how Renaissance scholars under the influence of postmodernism have mainly succeeded only in distorting the literary works that they purport to study. While they only discuss academic study of Renaissance literature, they provide us with a basis for judging how literary scholarship matters in the wider world.

Freshman Comp, Then and Now