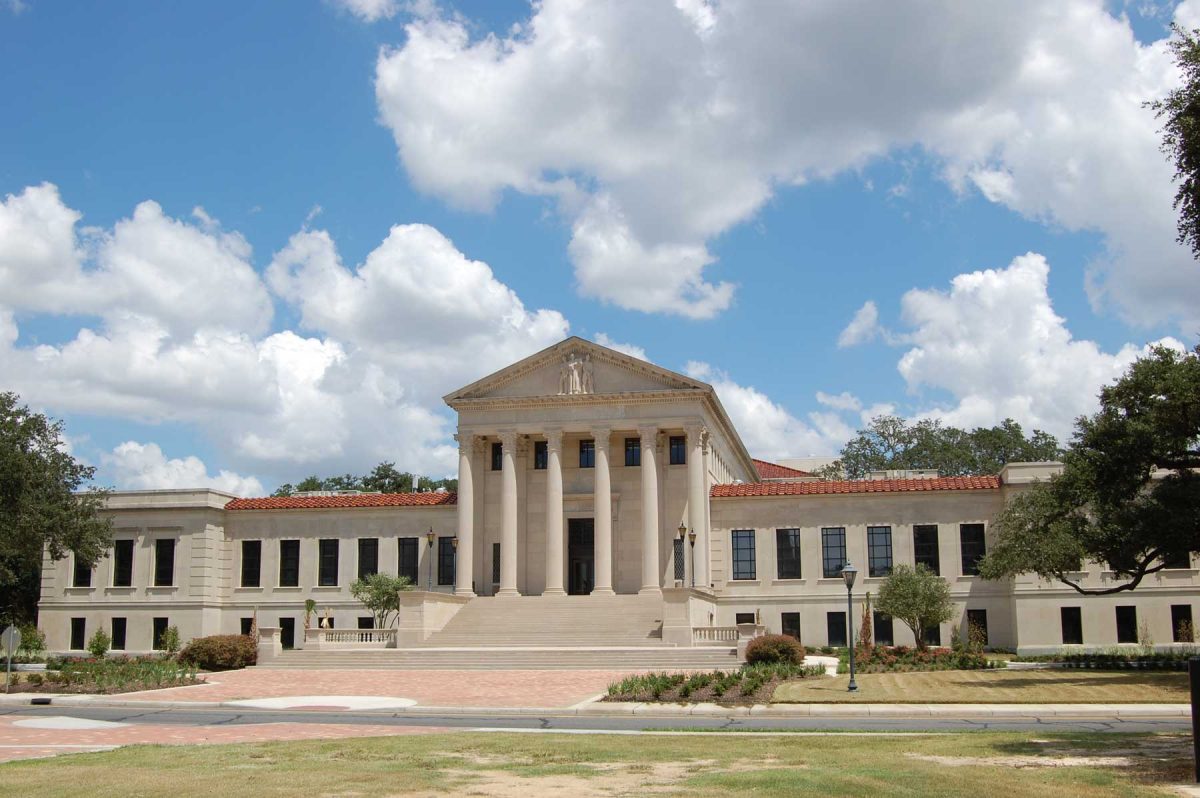 Tenure used to provide faculty members with solid protection against all but criminal behavior. But now it is proving no match for weak excuses for firing professors who administrators want to be rid of. Marquette University’s termination of political science Professor John McAdams for speaking his mind about a younger faculty colleague’s handling of a student is one such case.

Another case has arisen at Louisiana State University.

Teresa Buchanan had been teaching in the education program at LSU’s Baton Rouge campus for nearly 20 years when, in 2015, she was fired for violating the school’s policy against sexual harassment. What had Professor Buchanan done to get the administration so upset that it went straight for the ultimate academic penalty, even over the objections of the faculty senate?

This FIRE release summarizes the case against her:

Professor Buchanan’s transgression (if one can call it that) was to occasionally use vulgar language in class. She gave unvarnished feedback to students, which prompted a few complaints about her tone in student evaluations. And one student took personally remarks Professor Buchanan made in class that students’ significant others become increasingly less willing to make allowances for the rigors of the program as time goes on. But the idea that these isolated, blunt remarks created a “hostile learning environment” is ridiculous.

Buchanan’s troubles began with a complaint from an outsider, the superintendent of a local school system, that she had used inappropriate language during a visit to his school. Subsequently, a student also complained about her bluntness and occasional profanity in class.

In May 2014, LSU’s Office of Human Resource Management informed Buchanan that a complaint had been filed against her for violation of the university’s sexual harassment policy. No student actually accused her of sexual harassment, but the LSU administration saw that it could justify punishing Buchanan on the grounds that her language amounted to that.

In the toxic environment created by the Department of Education during the Obama administration, many schools went to absurd lengths to prove that they were zealous about attacking the supposed epidemic of sexual harassment on campus. Teresa Buchanan presented an opportunity for LSU to show its commitment to the crusade. Professor Buchanan’s colleagues tried to save her job. In March 2015, a faculty committee stated that she should not be terminated but given the opportunity to modify her language, which she admitted was sometimes blunt and profane. The LSU Board of Supervisors ignored the committee and in June went ahead with her firing.

LSU’s faculty senate could see the injustice of that decision and in October passed a resolution of censure against LSU President F. King Alexander, Provost Stuart Bell, and Dean Damon Andrew of the College of Human Sciences and Education. The resolution assailed the university for its “confusing, dangerous, and untenable standards” and failure to adhere to due process in its haste to terminate Buchanan.

The Association of American University Professors also went on record opposing LSU’s firing of Buchanan, pointing out (among other problems with its decision to fire her) that tenured faculty members are usually given an opportunity to respond to criticism of their performance rather than being summarily terminated. She was not. Opposition from the AAUP and the LSU faculty senate did nothing to deter the administration from carrying out its termination of Buchanan.

It was Buchanan’s job to deliver that unwelcome message to student teachers who were not succeeding in the classroom. It appears as though she didn’t sugarcoat her feedback and some students got their feelings hurt and complained. LSU combed through years of Buchanan’s service and now claims every time she had a bad day, it somehow implicated federal or state law and created a hostile environment for students.

In short, because of a few gripes about Buchanan’s language, she had to go. The university’s vague rules on speech provided the excuse. Unhappy over her termination, on January 21, 2016, Buchanan filed suit against LSU in federal district court, arguing that in firing her, the university had violated her civil rights.

Here is the central argument in her complaint:

Despite the fact that Professor Buchanan had a distinguished record of scholarship after 19 years at LSU and had recently been recommended for promotion, and notwithstanding that the language in question was integrated into her pedagogical approach and was not directed at—nor did it disparage—any student, LSU terminated her employment. It did so under LSU policies that define “sexual harassment” without regard for First Amendment protections governing free speech and academic freedom. LSU’s flawed policies mirror a “blueprint” for campus anti-harassment policies promulgated by the U.S. Departments of Education and Justice, which unlawfully equates all speech of a “sexual nature” with sexual harassment.

The wheels of justice often turn very slowly. It was nearly two years before the judge issued a ruling on the case. When Federal District Judge Shelley Dick finally did so, on January 10, 2018, she dismissed Buchanan’s complaint. In a lengthy decision, Judge Dick granted the university’s motion for summary judgment. She ruled that there was no First Amendment protection for Buchanan’s speech, that LSU had not violated her right to due process, and that its harassment policy was not unconstitutionally vague.

What that ruling means is that tenure offers a professor no protection if a college administrator decides that his or her speech amounts to “sexual harassment.” LSU wins, but tenure has been badly weakened. But the case is not over. As we read here, Buchanan is appealing to the Fifth Circuit Court of Appeals, seeking to have it review Judge Dick’s decision that LSU has done nothing wrong. Perhaps the judges on the Fifth Circuit will see what a bad precedent the Buchanan case sets and reverse it.