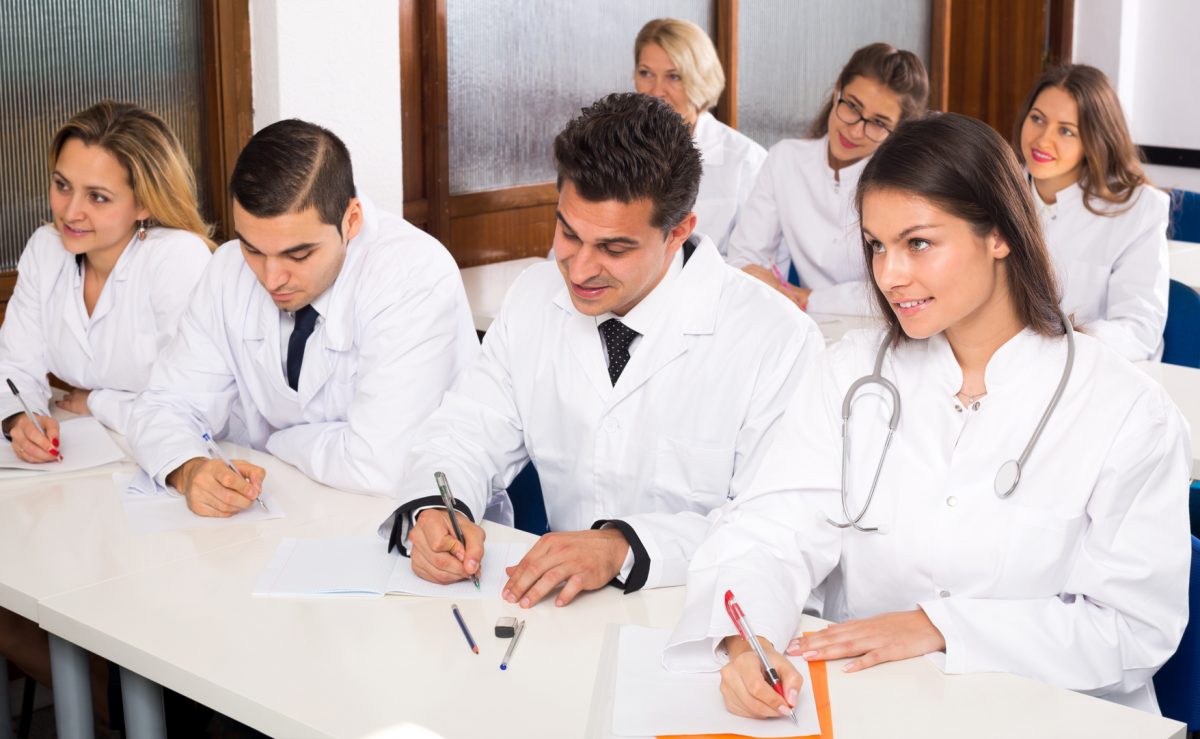 “The United States is producing more research scientists than academia can handle,” so begins a July 2016 article by respected New York Times science reporter Gina Kolata. It turns out that new PhDs in science have a hard time getting a job like their mentor’s: tenured faculty in a research university. Fifty years ago, in my own area of experimental psychology, things were very different. Postgraduates, after four years of college, were able to get their PhDs in four or five years. They usually got a tenure-track job at a reasonable university right after graduating.

Not now, though. An oversupply of nascent scientists has been the rule since at least 2010 and not just in the U.S. The Economist, in an article called “The Disposable Academic,” wrote that “universities have discovered that PhD students are cheap, highly motivated and disposable labour.”

The norm now, in biomedicine and other science fields, is for newly minted PhDs to take three or more one-year stints as postdoctoral fellows in other research labs before getting a tenure-track job. Depending on the discipline and their boss, they may have a chance to pursue some independent work without the distractions of teaching and administration that beset regular faculty. But, more likely, they will serve simply as low-paid help. In large, well-funded labs dealing in hot topics, postdocs and graduate students may be little more than over-specialized technicians. They no longer feel like students or academic colleagues. Many feel like exploited employees. Collegial culture has been eroded. A predictable result is the rise of adjunct-academic unions.

Kolata writes that “In the STEM labor market: the academic sector is generally oversupplied,” concluding that even after years of marginally satisfying labor, “fewer than half” science and engineering doctorates end up where they wanted to be in academe. Top- flight engineering schools may get hundreds of applicants for a simple entry-level job. Statistician Robert Larson commented to Kolata that “84 percent of new PhDs in biomedicine should be pursuing other opportunities.” Some, especially in the “harder” sciences, do eventually get to use their skills in industry. But they have wasted years gaining skills that are largely irrelevant to their final profession.

The basis for the current oversupply is that the “reproductive rate” of academic scientists is very high. Each lab director during his or her career produces five or more new scientists. Researchers will hire as many assistants as they can afford. As research support has grown, so have the number of PhDs looking for a tenure-track job.

Perhaps this oversupply will self-correct in the long run. Students considering graduate school may realize how unlikely it is that they will achieve an academic goal and choose accordingly. Should that occur, research grantees will begin to experience a labor shortage and the problem may eventually resolve itself.

But there is a much more serious and hard-to-pin-down problem. In 1945 Vannevar Bush, engineer, public intellectual, and architect of today’s system of government-sponsored academic research, wrote a famous report that led to the foundation of the National Science Foundation. In SCIENCE, the Endless Frontier Bush declared that “Scientific progress on a broad front results from the free play of free intellects, working on subjects of their own choice, in the manner dictated by their curiosity for exploration of the unknown” (my emphasis). His unmistakable claim is that the field of science is essentially infinite, that the opportunities to make new discoveries are unlimited. In short: the more scientists the better!

But is that true? Bush’s ambitious claim has come under attack recently, partly because of problems with the research product. The ability to repeat an experiment and get the same results—replication—is the standard of truth in experimental science. And scientific theories are supposed to predict. There is a “replication crisis” in social and biomedical science, and serious conceptual and predictive problems in economics. Astonishing percentages of research results in areas from chemistry and biology to medicine and environmental science cannot be replicated. The figures in social science are undoubtedly even worse, but we do not know because exact replication is rarely even tried.

Experiments that cannot be replicated are not science but “noise” in the engineering sense. They just add confusion, proliferating rabbit holes into which new researchers are fruitlessly drawn. Attempts are being made to remedy these problems, but their source may lie outside our control.

An obvious reason for these bad studies is the bad incentives under which most scientists operate, as I described in earlier posts. But ambition and the desire for fame are not necessarily obstacles to real science. James Watson, co-discoverer of the structure of DNA, was by his own admission ruthless and ambitious in his quest. Labeled by evolution icon E.O. Wilson as “the Caligula of biology” and “the most unpleasant human being” he had ever known, Watson nevertheless succeeded because he tackled a real problem for which there was a real solution.

The root cause of the replication crisis and “bad science” generally may lie beyond, and be a partial cause of, its present poor incentive structure. Methods may be crappy because scientists in the current environment need to get results they can publish—replicable or not. But if the ratio of scientists to soluble problems is increasing, real results may be harder and harder to get.

But if the ratio of scientists to soluble problems is increasing, real results may be harder and harder to get.

Vannevar Bush spoke of scientific advance on a “broad front.” “Broad,” yes, but not infinite. As each problem is solved, new questions open up. There may be no end to this process, but the number of soluble problems at any given time is likely to be finite.

The growing number of pseudo-scientific missteps we have witnessed in recent years may be not just a testament to human frailty, but a reflection of the fact that the number of solvable scientific problems has not kept pace with the growing number of scientists. This disparity is not disastrous. There are still answers to be found; advance continues. But the mismatch does mean that the ratio of unsuccessful to successful experiments will increase.

A high rate of failure is not in itself a problem, scientifically speaking. Failure is OK; it is a necessary part of science. But it is not just scientific discovery that is at stake: repeated failure is not compatible with career advancement, and science is now for most scientists a career, not a vocation. Failures are essential to scientific advance, but they do not play well with research administrators. An ambitious scientist cannot afford to fail.

And that has created a major problem, one that threatens to corrupt science to its core. Anxious researchers will be drawn to research methods that look enough like science to become accepted practice, and are guaranteed to get positive results at least some of the time. Hence the reliance on significance testing at a too-generous 5 percent level and the resulting replication crisis.

In other words, the replication crisis and other problems of science, like the apparent slowdown in the rate of discovery of new therapeutic drugs, may reflect something more than human susceptibility to bad incentives. Watson did good science for sometimes questionable motives. Perhaps the problem is not people, but nature? Perhaps there are simply too many scientists for the number of soluble problems available? Perhaps we have taken the low-hanging fruit and what is left is too tough to harvest without abandoning rigor?

There can be too much of anything. There must be an optimal number of scientists that is less than 100 percent of the adult population. Beyond that optimal number, the scientific community will begin to generate noise rather than signal, and advance is impeded. Are we at that point now in areas like social science and biomedicine? Vannevar Bush’s inspiring prose was appropriate at the end of WWII and led to great advances in government-supported pure and applied science. But the situation now may be very different. We should at least be thinking about whether we need not more, but fewer, scientists.

John Staddon is James B. Duke Professor of Psychology and Professor of Biology, Emeritus, at Duke University. Many of these issues are discussed in his most recent book Scientific Method: How science works, fails to work or pretends to work. (2017) Routledge.