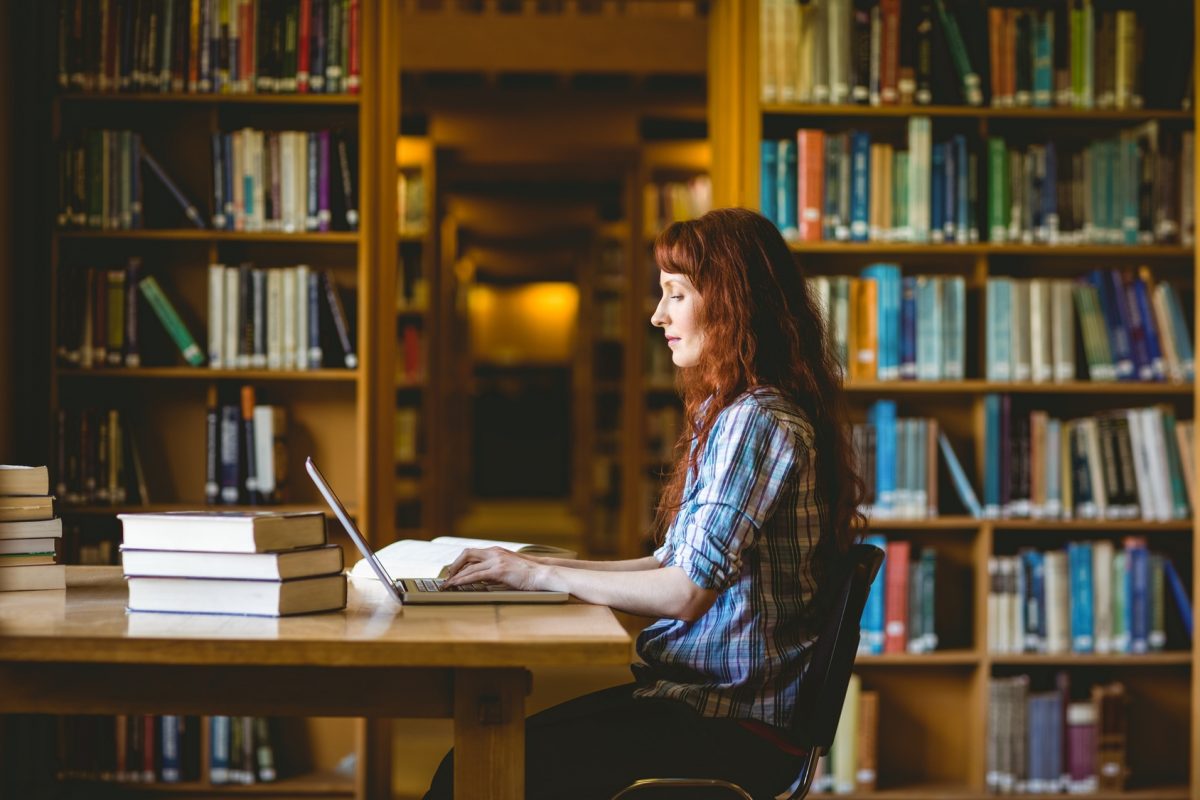 Harvard history professor Jill LePore tells this story. She was hosting an event in her home for new students, promoting the university’s history and literature program. One of the students there was suddenly distracted by urgent text messages from her parents telling her, “Leave right now, get out of there, that is a house of pain.”

LePore’s tale exemplifies the attitude that many Americans now have with regard to liberal arts education—it’s a waste of time; a “house of pain.” Studying history, literature, philosophy or anything else that doesn’t have a clear occupational path is just throwing away years of school time and a great deal of money. Focus instead on practical subjects that might at least lead to a job after college.

One person who doesn’t agree that a liberal arts education is a waste of time is Randall Stross. Stross majored in Chinese history, went on work in Silicon Valley, wrote a column for the New York Times (“Digital Domain”), has written several books including The Launch Pad, and is currently a professor of business at San Jose State University.

His latest book is entitled A Practical Education: Why Liberal Arts Majors Make Great Employees. As he sees things, the big problem is that while top business executives say they prize the abilities that liberal arts majors have, their subordinates don’t.

Interviewed by Inside Higher Ed about his book, Stross said, “Chief executives tend to advocate for hiring graduates with the analytical and communication skills that a liberal education sharpens, but the managers or teams who make the actual hiring decisions have in recent years sought instead something else, what they call the ability of a new hire ‘to hit the ground running.’” They doubt that a student can do that without a STEM major or a career-oriented degree.

The purpose of A Practical Education is, Stross says, to “nudge” the business world back toward considering what liberal arts majors can do. He goes about that by presenting case studies of a number of recent Stanford graduates who managed to find good employment in tech companies despite having studied the liberal arts. Those cases are illuminating, and not just because they pertain to elite university liberal arts majors. They also tell us a lot about the post-college job search that most American grads face. 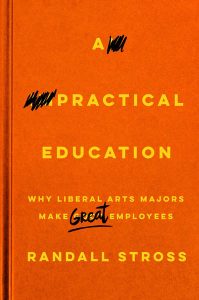 Consider Meredith Hazy, who majored in English. She loved literature and her courses, giving little thought at all to what she’d do after graduation. When that day inevitably came, she decided to try finding employment at one of the many tech firms in the Palo Alto area, even though she knew almost nothing about computers. Twitter was a company she had heard about, so she applied for an advertised opening for an “account manager,” although she had little idea what that job would entail.

In her interview, the recruiter asked, “How would you convince people to use Twitter ads?” She pictured this exercise “as a form of improvisational theater” and did well enough to earn a second interview. Incidentally, she was not asked anything about her major or coursework.

For her second interview, she was given the task of preparing a paper on “the digital ad space.” Meredith knew nothing about that either, but set about writing the paper just like she would have if she’d been given a paper assignment on an unfamiliar writer. “The ability to learn quickly what you needed to know,” she said, “was the only real prerequisite.” She got the job with Twitter.

After working for Twitter for a year, she grew restless and started looking again. She came across a new firm named Stripe, which had been founded just a year before by two brothers who had dropped out of college. Stripe needed a risk analyst, which meant identifying and predicting fraudulent purchases.  Meredith had never done anything like that, but persuaded the interviewer that she had the necessary drive and brainpower. She got that job, too.

Stross acknowledges a crucial point, namely that “her Stanford pedigree and the school’s reputation for selectivity confers a competitive advantage to its job-seeking graduates over those who went to less selective schools.” If Meredith had majored in English at, say, San Jose State, she might never have been granted an interview at either firm. I’ll come back to that point later.

Another Stanford grad Stross profiles is Stephen Hayes, a 2010 history major. Like Meredith Hazy, he was not sure what to do after graduation, and during his senior year decided to apply for Teach for America.  After a year of teaching 7th graders, he was ready for something else. He applied at Google even though he didn’t have a tech background.

In his Google interview, his Stanford coursework never came up, but his TFA experience did. He was offered a six-month job working in Google’s People Operation Group on a team charged with coming up with better questions for interviewers to ask job applicants.

After completing his time at Google, Hayes went job-hunting again and clicked with a company called Inkling, which makes software for interactive textbooks. His work required him to read and compare original book versions of material with the digital versions Inkling had prepared and note any discrepancies. Essentially, the job called for good proofreading skills.

All this time, incidentally, he was deferring his admission to Stanford’s law school. To keep him from going, his boss at Inkling made him such a good offer that Hayes told the law school that he wouldn’t be enrolling.

After two years at Inkling, Hayes and his girlfriend (who also worked there) decided to take a four-month trip around the world and look for new jobs when they returned. Stephen got an interview with Lyft. The interviewer told him to prepare a case study on how to launch Lyft into a new market—Las Vegas. Hayes knew little about this business, but that did not daunt him. Stross explains, “This exercise entailed quickly acquiring essential information about unfamiliar topics, distilling, rearranging and adding his own insights, then presenting the result. It was not dissimilar from the process of preparing a history paper.”

Liberal arts grads at many other colleges don’t have the innate ability of Stanford students to begin with, then they coast along to their degrees, taking a lot of undemanding courses.

He landed the job.

The stories Stross tells about Stanford grads who ventured out into the world with only their liberal arts degrees are inspiring. The question is whether they will lead more employers to give liberal arts grads serious consideration, rather than filtering them out because they don’t look like employees who are ready to “hit the ground running.”

I suspect that it won’t, due to a problem that Stross dimly perceives—Stanford’s reputation for only admitting really sharp students. Stanford’s “brand” opens up doors that would be closed to graduates of less selective institutions. Many employers want and need workers who have the drive, mental acuteness, and communication skills that Stanford grads like Meredith and Stephen have, but they know that the graduates of many other schools aren’t comparable to them.

Liberal arts grads at many other colleges don’t have the innate ability of Stanford students to begin with, then they coast along to their degrees, taking a lot of undemanding courses. They never develop much of the “soft skills” that Stross extols. He looked at the cream of the liberal arts crop; most other students would be of doubtful value to an employer.

Although Stanford’s “brand” is still good, the “liberal arts” brand in general has been badly harmed by the erosion of academic standards and the diffusion of the curriculum. That is why so many students and their parents are drawn toward the “hard” majors. It requires a lot of discipline to earn a STEM degree. There are right and wrong answers. Professors don’t let students fake understanding of the material. Those degrees demonstrate knowledge and ambition.

College is largely about signaling your trainability. STEM and serious occupational degrees signal that the individual can meet challenges, while liberal arts degrees—sadly—only signal that the student has accumulated enough credits of some sort to graduate. They might have been tough credits that honed the student’s mind, but most business recruiters are rightly skeptical.

Yes, the liberal arts can be a practical education, but at too many schools there isn’t much education going on in their programs. Despite Stross’s fine book, liberal arts degrees will probably continue to be disfavored.