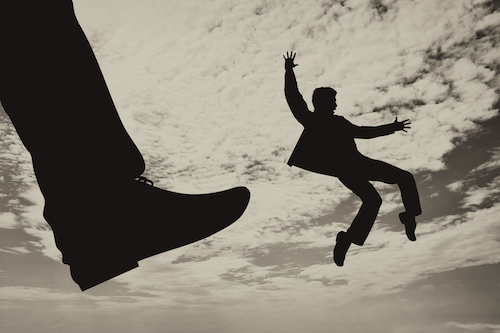 For most professors, the quest for tenure is an all-consuming obsession. It confers security against job loss and cements your position at the college or university. With tenure, you’ve “made it” in the academic world.

Tenure, however, does have its critics in the professorial ranks. Among them is University of Chicago economics professor Steven Levitt (best known for his book Freakonomics) who argues on his blog that “It distorts people’s effort so that they face strong incentives early in their career (and presumably work very hard early on as a consequence) and very weak incentives forever after (and presumably work much less hard on average as a consequence).”

Another critic of tenure is James Wetherbe, the Richard Schulze Distinguished Professor in Texas Tech University’s Rawls College of Business. He has not only expressed his opposition to tenure in principle, but has actually given it up.

Wetherbe, who teaches about business and entrepreneurship, writes, “Tenure makes it far too easy to be lazy and complacent. Real entrepreneurs can’t afford to be either.” And referring to the namesake of his chair at Texas Tech, Richard Schulze who founded the firm Best Buy, Wetherbe says, “The security of tenure makes it difficult for professors to cultivate his resilience in themselves—let alone in their students.”

To drive the point home, Wetherbe quotes statements he has heard from some of his colleagues, such as “I don’t care if the students complain; I can’t be fired.”

But Wetherbe kept running into a credibility problem when he would speak about the importance of entrepreneurship and the creative destruction it brings to the economy. People would say, “Well, it’s easy for you to talk about the benefits of disruption—you’ve got a safe, tenured professorship.” Realizing that such questioners had a good point, Wetherbe decided that the principled thing for him to do was to resign from tenure.

He first did so more than twenty years ago while at the University of Minnesota’s Carlson School of Business, after holding tenure there for 13 years. During a faculty meeting devoted to how the school could improve its national ranking, Wetherbe said that the school would move up immediately if the school were the first in the country to abandon tenure. No one else did so.

At each subsequent university where he has taught, he has done the same thing. Instead of seeking tenure, Wetherbe now negotiates one-year rolling contracts with his school. “Operating without the safety net of tenure has kept me mindful as well as motivated that my job security is based on my performance,” he declares.

In 2012, Wetherbe took his current position at Texas Tech, again with a contractual agreement that he would hold a faculty chair, but without tenure. But that seemingly harmless contract stuck in the craw of the university’s provost, Bob Smith. As Wetherbe explains in this piece, when Smith learned about his no-tenure contract, he declared it “illegal” and said, “tenure is not anything we want to lose, particularly in the political times we are in now.” Smith somehow managed to conclude that if professors could resign from tenure, that would “corrupt the system.”

Smith was not content merely to disagree with Wetherbe—he used his authority to block him from being considered for the deanship of the business school and withdrew his name from the list of candidates for a Horn Professorship, which is the highest faculty honor at Texas Tech. Finally, Smith demanded that Wetherbe either return to having tenure, or lose his position altogether.

Provost Smith’s actions led Wetherbe to file a lawsuit in 2012 against the university and its administrators. He maintained that they violated his First Amendment rights by retaliating against him for his public criticisms of the tenure system. Since the Supreme Court has often held that the First Amendment protects individuals’ freedom to speak out on an almost unlimited array of topics against governmental interference (and Texas Tech is a state institution), it seemed that Wetherbe’s case had merit.

The trial court, however, disagreed, granting the university’s motion to dismiss the case. The judge’s ruling was based on his opinion that academic tenure is not a matter of public concern and therefore the First Amendment did not apply. Also, he ruled that Wetherbe’s writings about tenure were not protected because that was work done in the course of his job.

That decision was just overturned on appeal by the Fifth Circuit. The three-judge panel unanimously found the trial judge’s view that tenure was not a matter of public concern to be erroneous. In its decision, the court stated, “Wetherbe’s personal stake in and experience with tenure do not necessarily render his thoughts less important to the public. In fact, Wetherbe’s position as a professor who has rejected tenure could make his thoughts on tenure of greater interest to the public, given his unique experience and vantage point.”

Moreover, the court noted, the fact that Wetherbe has often been approached by the media for comments on the topic “indicates that the public is actually concerned about tenure.” As for the notion that his articles criticizing tenure published in Harvard Business Review, the Financial Times, and elsewhere were “part of his job,” the court rebuffed it, saying that “there is no reason to infer that writing articles or speaking to the press are part of Wetherbe’s job duties.”

The court also ruled that the university itself is immune from suit, but not the individual administrators. Therefore the case can now proceed against them for their actions that impinged upon Wetherbe’s constitutional rights.

Quoted in this article, Wetherbe’s lawyer, Fernando Bustos, said, “Dr. Wetherbe is convinced that the First Amendment ought to be enough to protect academic freedom and that tenure isn’t necessary.” That’s an important question and the Fifth Circuit’s decision to remand the case offers strong reason to think that will be the outcome. Perhaps Professor Wetherbe’s view that tenure is unnecessary won’t catch on, but his fight for the freedom to speak out for his beliefs may have lasting importance for all non-tenured faculty.