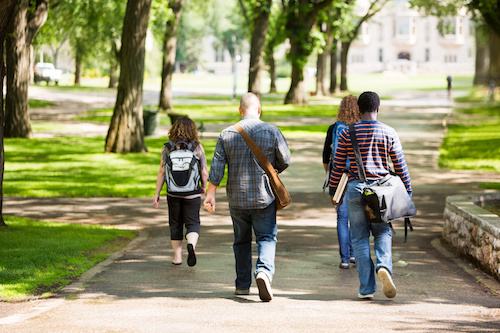 The United States got along nicely for its first 176 years without any federal legislation on higher education. (A good reason why there was no such legislation is the absence of any authority for it in the Constitution, but that’s not a point I want to go into here.) In 1965, however, Congress passed and President Johnson signed the Higher Education Act into law, putting the federal camel’s nose well inside the college tent.

That intrusion has had decidedly malign effects. College costs have risen far faster than ever before, while academic standards have generally declined to the point where people often now say, “College is the new high school.”

The Higher Education Act was last reauthorized in 2008 and the congressional wheels are slowly moving toward another reauthorization this year, opening the law up to amendments. This is probably the best opportunity reformers will get to improve this law and the National Association of Scholars (NAS) has done a great deal of work in formulating possible amendments, calling them the Freedom to Learn Amendments.

They are mostly excellent, with just a couple of questionable ideas.

First (and I’d say foremost) NAS advocates changing Title I of the Act to include protection for students’ free speech and associational rights. Many schools have trampled all over them.

Specifically, they argue that the law should require colleges and universities subject to the Act to submit an annual report on the steps they’ve taken to uphold student First Amendment rights. Those reports would compel college officials to think about a matter they’ve often ignored.

Relatedly, the report suggests that Congress create a commission to oversee how well colleges and universities are fulfilling their obligations to defend those rights. Having such a commission could have a salutary effect on college officials who might want to avoid a federal inquiry into affairs like the riot at Berkeley or the mobbing of Charles Murray at Middlebury. Perhaps they would become proactive in trying to prevent attacks on free speech and more active in dealing with students who think they’re entitled to interfere with it.

To further focus the minds of officials on these First Amendment issues, the law would state that schools face the loss of federal funds if they neglect their duty to protect First Amendment rights on campus.

Another change proposed by NAS pertains to accreditation, which it would modify so as to make it easier for new colleges and different kinds of colleges to qualify to receive federal student aid money. Currently, accreditation does little to ensure educational quality, but a lot to obstruct new competitors in the higher education market. As the report explains, “Using general accreditation as the gateway requirement for institutional eligibility to receive federal grants and loans has the unintended consequence of making the stakes so high that accreditors hesitate to evaluate the actual quality of educational programs. Their evaluations of educational merit are typically so thin as to serve no meaningful public purpose.”

That’s true. Colleges can serve up lots of educational junk food yet remain accredited. What should be done?

NAS suggests dividing accreditation into two separate functions. First, accreditors would examine schools to see that they appear to be financially stable. Institutions that look likely to collapse would lose accreditation and have to make their survival plans without relying on federal student aid money. Like people on drugs, schools that are on federal aid have a very hard time getting off, as we are seeing with the writhing of the Charlotte School of Law. Loss of financial accreditation would be a warning to prospective students.

Thus, the financial side of accreditation would cull out schools that allow costs to outpace revenues. This too could have salutary effects, forcing school leaders to think more seriously before committing resources to dubious academic and non-academic ventures.

Second, there would be an optional assessment of a school’s educational rigor and standards. Why optional? Because getting an accreditor’s stamp of approval on a school’s educational quality would make it more significant. The report explains, “Colleges and universities that are financially solvent but have poor educational programs will be publicly visible in a way they are not under the current system.”

That concept sounds good, but I have trouble seeing how it would emerge. We certainly do not want the federal government getting into the business of evaluating colleges for their educational quality (and NAS isn’t suggesting it should), but the existing accreditors have done a remarkably poor job of that. It isn’t clear to me how making this change in the law will catalyze the creation of new accrediting agencies that will render meaningful reports on quality or inspire the existing ones to stop approving almost every college that pays their fees, no matter how weak their standards are.

This change won’t make us any worse off, but I’m skeptical that there will be much benefit to optional educational quality accreditation in the near future.

A proposed change that I applaud without reservation is to require colleges and universities to disclose to the government all speaker fees and honoraria they pay. NAS correctly notes that schools use lavish speaker fees and honoraria “to transfer large sums of money to politicians and activists in favored causes.” When college leaders recycle student and tax dollars into the pockets of politicians and activists (usually left-wing), they should have to be open about it. The country did learn about the $300,000 UCLA paid to Hillary Clinton, but a mandatory accounting of all such payments would be illuminating.

Another helpful change NAS calls for is a thorough review of education schools by the Department of Education. The central problem with many education schools is that they are “obsessed with promoting social justice ideologies at the expense of open-minded inquiry,” the report states. A great deal of research shows how poor much of the teaching in education schools is—see for example this paper by Sandra Stotsky and this one by George Cunningham.

Schools of education receive great amounts of federal money and ought to be subjected to careful analysis.

On the matter of federal student aid, NAS endorses the idea of changing the law so that when schools take the money, they have some responsibility (a.k.a. “skin in the game”). Toward that end, the report advocates making schools liable for 30 percent repayment of the principal and interest on a student’s loans if he fails to earn a degree within eight years of enrolling in a four-year program. Also, schools would be liable for some portion of the loss when students they had educated default on their loans.

The report leaves the details about that up in the air other than to say that the amount should be determined on a school-by-school basis. That’s all right. The key thing is to get the idea into public debate.

And, given all the trouble caused by the Obama administration’s foray into disciplinary procedures when students are accused of crimes (especially sexual assault), the report’s call for colleges to ensure due process for all students and refer any reported felonies to the police is right on target. Let’s rewrite the law to prevent any future “Dear Colleague letters” telling schools to adopt one-sided policies meant to get politically desired results.

I will close with the one recommended change I can’t support. The report would have Congress change the law to mandate that colleges and universities spend a certain minimum percentage of endowment income to subsidize student costs of attending. Many colleges do use significant amounts of their endowment earnings for student aid, but the government should leave this matter entirely up to school officials. Turning college expenditures into a political question is not worth the apparent gain of making a few pricey schools affordable to more students.

Congress should crackle with debate over the Higher Education Act this year and the Freedom to Learn Amendments are a great place to start.