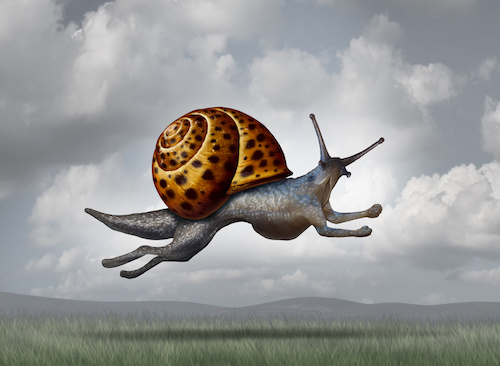 Judging from recent books, articles, and editorials, higher education is poised for a cataclysmic collapse. There is a considerable body of opinion that systemic problems such as runaway tuition, student debt, low graduation rates and pervasive elitism are so wired into the collective culture of college faculty and administrators that only drastic and disruptive measures can break through institutional logjams.

On the other hand, it is hard to see a looming cliff. Portraying the university as an enterprise immune to change (at best) or actively hostile to it (at worst) is wildly inaccurate and misstates the actual pace of change.

At the start of a new year—and a new administration in Washington whose post-secondary agenda is unknown—it is worthwhile to take stock of the accelerating innovation in higher education.

Systemic problems often demand structural solutions. Five years ago, I was tapped to lead an internal think tank devoted to fundamental change in higher education, Georgia Tech’s Center for 21st Century Universities. My job is to anticipate the kind of disruptive forces that would have structural repercussions for research universities like Georgia Tech.

Crafting an agenda for change from within a university presents unique challenges, including the complex task of declaring victory. Many of the current issues in higher education seem to require new players, markets, or external agents of change. Yet, I’m convinced that it is equally promising to seek renewal from within.

Take the issue of financial sustainability. Nearly half of all private, four-year institutions are failing to meet enrollment and revenue goals and public colleges fare only slightly better. This sounds like an approaching cliff, but in the U.S., higher education is highly decentralized. Institutions might individually fail, public university systems might downsize by merging struggling campuses, but there is still capacity in the remaining institutions.

American higher education is less a single system than an archipelago, and, without question, there are too few islands of excellence. However, among those islands are professors and administrators who, seeing that higher education is immersed in a changing world, have a sense that tried-and-true formulas may not predict future success. From within these universities, there is recognition of inescapable drivers of change.

Demographic shifts, for example, do not favor the status quo. The once-reliable supply of eighteen-year-old learners is in rapid decline and that trend will continue. An institution whose success depends on growth must expand its share of a shrinking market just to maintain its current size. For many, that means attracting an older and more socio-economically diverse student population.

The 21st century workplace will also drive change. Automation is rapidly displacing skills that were once indispensable. Skills and their assessment—once the key focus of educational innovation—are themselves being reexamined because technology has commoditized the delivery of skills-based training.

Graduates in previous generations who would have sought long-term employment are now embracing a “gig” economy in which careers are composites of shorter engagements, often interrupted by a return to school to acquire new skills and credentials. A steady stream of innovation in the science and technology of learning are disrupting experiences that once involved classrooms, lectures, tests, and laboratories.

Skills such as adaptability, communication, and complex system thinking are must-haves for graduates to compete in the new workplace, but college classrooms are not the only or necessarily the best places for learning them.

The pace of innovation is determined not by the plodding, consensus-oriented processes for which academia is known, but by technology curves that enable a doubling of capabilities every few years.

I want to illustrate a few hopeful examples of experiments in which small successes grow exponentially to encompass the new drivers of change.

Expanding the Market: Massive Open Online Courses (MOOCs) are less than five years old, and, although MOOCs have been dissected and maligned, there is a steadily growing number of traditional institutions who want to meet the demand of the tens of millions of people around the world who are signing up for free course content.

But there have been recent experiments aimed at expanding the traditional market for high-quality, affordable degrees. Notable among these is the Georgia Tech Online Master of Science in Computer Science (OMSCS), available in MOOC format for less than $7,000 (as compared to the traditional $45,000) to students who meet requirements for admission. The University of Illinois has followed suit with two MOOC-based Master’s degrees—in Data Science and the iMBA, both of which were created in partnership with Coursera.

Other experiments with credentials like the edX Micro-Master’s degrees are also building momentum. These programs are modular credentials that offer stand-alone certifications via edX, the online learning platform founded by Harvard and MIT, or allow learners a “pathway” to credit with various universities.

Technology to Transform Learning: Classroom technology has a checkered history when it comes to structural changes in how students learn. Even when there is evidence for the effectiveness of pedagogical reform, technology has not had much effect on how classrooms are organized.

In the last few years, however, several technologies have matured simultaneously and success in live classroom experiments has opened the door to greater investment in innovation. The math behind social and collaborative filtering has led to rapid adoption of calibrated peer assessment as a way of scaling better evaluation methods to large courses. Dramatic improvements in time-to-graduation reported by Georgia State University’s use of predictive analytics models of student success were so clear-cut that the university has seen graduation rates up 22 points, which means approximately1,800 additional students are graduating each year.

Perhaps most unexpected was the introduction of artificially intelligent software to transform interactions. Professor Ashok Goel’s use of an AI named “Jill Watson” (the name comes from IBM’s Watson, the underlying software) took his OMSCS students by surprise when she appeared to be a hyper-responsive, always available, and never-cranky teaching assistant who could field most questions.

Expanding the Scope: A hallmark of American higher education is that much is learned outside the classroom. This has been true since the Post-Civil War era in which college students were more concerned with business and the mechanical arts than with a classical European curriculum. This is an accelerating trend today.

There has been a rapid commoditization of do-it-yourself technologies that enable novices to create working models and prototypes, turning homework into an experiment in the real word. This movement has been transplanted from shared entrepreneurial shops to university maker spaces.

The humanities and liberal arts, which had for a while taken up a call to armed resistance against an intrusion of edtech and quantified learning, have seen the effect of collaboration in enhancing dialogs at the heart of literature, philosophy, and the arts.

For example, a contributor to a global education innovation challenge run by IDEO, the celebrated Silicon Valley design company, pointed out that a federation of international “Human Libraries” allow personalized interaction and dialogs that can be much more impactful than readings and lectures. These libraries consist of actual humans that can be “borrowed” like a library book in order to share their personal stories and experiences. These contributors to the human library come from all over the world and stories cover a wide range of topics—much like a traditional library collection.

Embedding Renewal from Within: A dozen or more top institutions have begun to commit internal investment resources toward systematizing the kind of innovation that will further accelerate the pace of change. Three things about these efforts impress me.

The first is a broad and long-term view. Most of the initiatives contemplate horizons that are ten or more years in the future. That is ample time to allow for robust experimentation and a maturing of new methods and to avoid the “we can’t do that” syndrome promoted by bureaucracies and regulations.

Second is a realistic assessment of the scenarios facing colleges and universities on a global scale. Drivers of change such as large-scale demographic shifts have inevitable consequences in how students approach education.

Third—and to me the most surprising—is a much-delayed recognition from within academia that change follows innovation pathways that have been studied elsewhere and are well-understood. This was one of the factors that motivated Georgia Tech to establish a Commission on Creating the Next in Education (CNE). The two-year goal of the Commission is to identify and recommend investments in the form of experiments, pilots, prototypes, and partnerships that will redefine higher education ten and twenty years from now.

Buckminster Fuller once argued that changing the course of a large tradition-bound enterprise could be accomplished not by a frontal attack, but rather by making the existing way of doing things obsolete.

Fuller’s memorial in Cambridge bears the inscription, “Call me Trimtab.” This is a nautical reference to a small piece of metal attached to the rudder of a large ship. Changing the course of a ship moving with momentum on the ocean does not take place by pushing against the bow. Moving the trimtab by a small amount creates a region of low pressure that grows exponentially and eventually draws the rudder, which then turns the entire ship.

We can be hopeful that the signposts for accelerating change in higher education are the trimtabs that will turn the entire enterprise.

The Accelerating Pace of Change in Higher Education