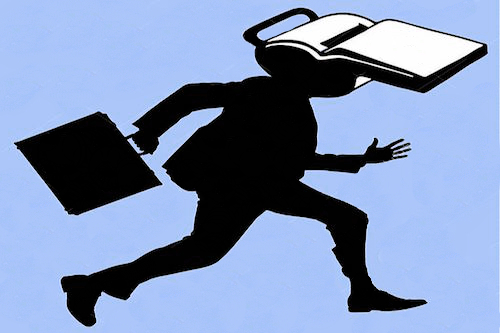 Like all public universities, the University of Texas has a governing body that is supposed to oversee its management—the Board of Regents. Trouble can arise when a member of such a governing body takes his job seriously and tries to investigate action by the university president that influential people would rather stay hidden.

One member of the UT Board of Regents who believes that he should look for threats to the integrity of the university and diligently pursue any he finds is Wallace Hall. Mr. Hall, a graduate of UT himself, was appointed to the University of Texas Board of Regents in February 2011.

It wasn’t long before he began to suspect corruption and mismanagement.

First, there was a scandal involving a large slush fund run by the dean of the law school, allowing him to hand out “forgivable loans” to select faculty members. The university’s president, William Powers, promised an investigation by an in-house lawyer, who dutifully produced a “nothing to see here” report. Hall argued that the matter required a more objective assessment, but his complaints were ignored.

Quoted in this piece, Hall said, “I was overruled. That’s when I first felt like, one, there’s a problem at UT, and, two, the system has set up a scheme that gives the opportunity for a less than robust investigation.”

But Hall kept pushing the Board to insist that the Texas attorney general’s office dig into the matter. It did, and then the truth finally came out that the dean of the law school was using the fund simply to hand out favors, including a $500,000 “loan” to himself. The AG’s report brought down the house of cards. The dean resigned and the scandal contributed to the pressure on president Powers to choose between resigning and being fired.

That fight was just a minor skirmish compared with the coming war over the secret, back-door admissions process at UT-Austin.

In 2013, Texas media began running articles such as this, suggesting that some students, despite their low scores and grades, were being admitted to UT as a favor to influential people.

In response, then-chancellor Francisco Cigarroa asked university general counsel Dan Sharphorn to investigate. The result was a mild report saying that the study had found “no evidence of overt pressure on Admissions Office staff to admit applicants based on the recommendations of persons of influence.” Sharphorn’s findings were accepted by president William Powers, who said that the report would be helpful.

Powers hoped that would be the end of the matter, but shortly afterward, Hall announced that he had found evidence in internal UT emails of blatant admissions favoritism at UT’s law school. That led to furious demands for his removal from office by Texans who didn’t like the way he kept turning over rocks. Several members of the legislature called for Hall’s impeachment and the Board of Regents formed a committee to see if there were legal grounds for doing so. When the lawyers it hired concluded that there was no ground for impeaching Hall, the committee voted to censure Hall for “disloyalty.”

By 2014, Hall’s persistence had won him many enemies in the state. He was being called “the most dangerous man in Texas” and as reporter Jim Schutze of the liberal Dallas Observer wrote, “Every major newspaper in the state has either called for Hall’s head or questioned his integrity, most of them basing their complaints on an allegation that Hall asked for too much information from the university—in other words that he did too much reporting.”

Meanwhile, chancellor Cigarroa had commissioned Kroll Inc., a New York-based consulting firm that specializes in uncovering fraud and corruption, to study the UT admissions system to see if there was truth in the allegations of favoritism.

Kroll issued its report on February 6, 2015. Based on an inspection of admissions records over six years, the researchers concluded that there had in fact been favoritism by president Powers towards well-connected Texans who wanted their children to get into UT as undergraduates or into its law and business schools.

In defense of the favoritism, a spokesman for Powers (who had already resigned but was remaining in office until mid-2015) told Inside Higher Ed, “Good will with constituents has a beneficial long-term impact on the university.” That was a euphemistic way of avoiding the truth: UT’s president was intervening to make sure that children of key Texans who couldn’t get into the university on their merits were admitted anyway.

UT’s new chancellor, William McRaven, acknowledged the Kroll report and immediately declared that there was no need to further investigate secret admissions favoritism or take any disciplinary action.

But neither Hall nor other skeptics in the state were satisfied with the Kroll report. One was Watchdog.org’s Texas Bureau, which did its own analysis of Kroll’s finding (but based on files with much pertinent information redacted) and concluded that Kroll had badly understated the problem. Watchdog’s Jon Cassidy calculated that 746 students (not 73 as Kroll had said) with grades and scores that would otherwise merit prompt rejection were admitted to keep legislators and wealthy university supporters happy.

Hall requested access to the unredacted Kroll data so he could see if there was indeed more to the story than officials were admitting. But his request was denied by McRaven, who said that Hall was trying to undermine his authority by reopening a matter he had declared closed.

University administrators are not supposed to prevent regents from doing their oversight work, so Hall filed a lawsuit to compel McRaven to release the information.

Both the trial court and the court of appeals sided with McRaven on the spurious grounds that Hall sued the wrong party. He should have sued the Board of Regents, not McRaven, the courts ruled, because a majority of the Board had voted to endorse McRaven’s refusal to allow Hall access to the Kroll data.

That decision has been appealed to the Texas Supreme Court. The case poses very important questions for university governance.

Hall’s brief to the Court first makes short work of the facile argument that he sued the wrong party. For one thing, McRaven, not the Board of Regents, has possession of the Kroll data. Moreover, the Board’s vote took place after Hall’s suit had been filed.

And most important of all, nothing in Texas law allows a majority of the Board of Regents to interfere with the efforts of any individual regent to get information that’s relevant to the work of overseeing the University of Texas. That’s crucial since some Board members themselves appear to be implicated in the scandal. Therefore, the Board’s vote to “endorse” McRaven’s refusal to allow Hall access to the Kroll data (and thereby immunizing itself from scrutiny) had no legal consequence.

The brief also responds to McRaven’s alternative argument that it would be illegal for him to give Hall access to the Kroll data.

This argument is based on the federal Family Educational Records and Privacy Act (FERPA), which states that federal funds can be denied to an educational institution that “has a practice of releasing education records of students without their consent other than to school officials who have a legitimate educational interest.” (Emphasis added.)

McRaven’s astounding claim is that Hall, while undeniably a school official, has no legitimate interest in the information Kroll analyzed. How could a regent not have a “legitimate interest” in finding out the truth about admissions practices that violate official university policy?

Furthermore, since the university has already provided all of the admissions information to Kroll’s personnel, how could it possibly be illegal to allow a member of the Board of Regents to have access to the same records?

Hall’s brief sums up the case succinctly: “University officials involved in this secret process knew it was wrong and tried to eliminate any paper trail.” If the Texas Supreme Court lets them get away with their cover-up, that would have “massive implications for state governance.”

The Court has been asked to hear the case soon, since Hall’s term of office expires next February.

In the recently concluded Fisher v. Texas case, university officials defended their use of racial preferences, saying that affirmative action improves the educational climate. At the same time, they were secretly running a system of affirmative action for the rich and advantaged. Both policies meant that large numbers of students with stronger academic records had to be rejected.