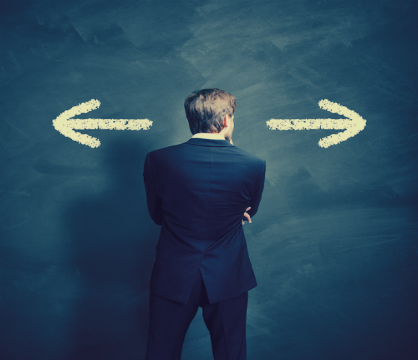 Editor’s note: This week the Pope Center addresses a controversial issue that has arisen at dozens of American colleges and universities—whether outside funding for free market programs and centers undermines academic integrity. In recent years, as organizations such as the Charles Koch Foundation have provided that funding, a variety of arguments have been made that schools should reject the money and the programs.

Today, Ralph Wilson of unKochMyCampus argues that colleges should do just that—reject the money. In Part II of this debate—available here—Hillsdale College economics professor Gary Wolfram argues the opposite—that wherever the funding comes from, the expansion of free market teaching is to the good. Each advocate will be asked to respond to the case made by the other in the comments.

Donor Intent Is Political, Not Academic

The purpose of free market centers and programs funded by the Charles Koch Foundation’s (CKF) network of donors is political rather than educational. The network erodes institutional integrity to leverage donor control.

Recordings and documents from the Koch network suffice to show why these programs, executed in bad faith, should be rejected outright.

Since 2003, this has been orchestrated in CKF’s highly secretive bi-annual donor summits, whose attendees now largely comprise the Freedom Partners Chamber of Commerce.

At a 2014 summit, in a session entitled “Leveraging Science and Universities,” a CKF official explained:

students that graduate out of these higher education programs also populate the state-based think tanks and the national think-tanks…they become the major staffing for the state chapters on the grassroots innovation around the country….

Fundraising simultaneously for academic and political projects, he reminds donors of a 32-state strategy for a “culture of freedom that will not just change the policies of those states, but also have a significant impact on the federal government.”

Koch has organized a group of Foundations with similar agendas that meet twice a year to discuss funding strategies, etc. If some version of this proposal is agreed to, Koch will invite representatives from FSU to these meetings, introduce us, allow us to make our pitch, and encourage others to join them in funding the program…. [T]hey also want FSU to demonstrate a commitment to the program (e.g., make a sincere effort to raise other money from their network of foundations). (Benson memo, 2007)

The Koch Foundation’s academic network proliferates through the Association for Private Enterprise Education (APEE), described as “instrumental in establishing Chairs and Centers of Private Enterprise,” with a mission of “revealing the invisible hand through education.”

Koch-moderated panels at APEE’s 2016 conference affirm their role in the “integrated strategy.”

CKF’s Charlie Ruger was clear, “we want these great ideas of the APEE network to be applied, the way we think about it at least, across sort of an integrated structure of production for culture change,” to include “arranging state legislative testimony to make sure that, you know, these kinds of ideas have a seat on the table in public policy.”

A 2010 summit explained how “free enterprise is more than an economic system—it is a moral imperative, and we must defend it at all costs.”

At Florida State University, the extent of donor influence has included the ability to veto tenure hires, or any programming, with as little as 15 days notice, aside from an annual donor review of curricular/extra-curricular programs and non-tenure track hires.

According to a faculty investigation, the Koch “gift” violated academic freedom and faculty governance. A “two-fold conflict of interest,” it was executed through “administrative dictate,” with the dean and department chair Bruce Benson (former APEE president) using “threats” to create an “atmosphere of intimidation.”

At Auburn University, a Koch center established under Dr. Robert Lawson (former APEE President, now at Southern Methodist University) was found to have been the result of a foregone hiring process that took place without faculty knowledge, largely outside of Auburn’s hiring procedures.

At Western Carolina University, Dr. Ed Lopez (former APEE president) misinformed faculty and administrators with his “campus version” of a Koch center’s proposal, omitting key deliverables shared with the Koch Foundation, including a student “pipeline.” Despite a faculty vote against it, administrators approved the center.

In May 2016, faculty governance at George Mason University was ignored after faculty voted to halt a $30 million Koch-backed deal under review.

In October 2016, administrators at the University of Kentucky disregarded two consecutive faculty votes to reject the governance proposal of a new Koch center.

At Texas Tech University, journalists found that the Free Market Institute, under Dr. Ben Powell (former APEE President), was established in the business college after being rejected by three departments. Economics faculty said Powell “didn’t satisfy the minimum criteria for a tenure position,” had a ”weak vita,” and an “Austrian bent” that “wasn’t consistent with the culture in our department. We are mainstream economists.”

Troy’s now infamous George Crowley remarked at APEE 2016 how “We had a big gift…that let us hire a whole bunch of people all at once, and we kind of were able to take over, for lack of a better term.”

At Montana State University, there are concerns that a Koch center “bypassed the standard public review process and public input,” as the center is operational without having received Board of Regents approval.

It’s no wonder that organizations funded by the Koch network are frantically trying to redefine academic freedom and faculty governance.

In 1974, Charles Koch said universities “encourage extreme hostility to American business.” But free-market ideology is appropriately rare in academia because it has not withstood critical inquiry. Its resurgence is owed largely to self-interested corporate donors.

Calls for a “diversity of ideas” presume falsely that these programs are academic, rather than privately funded fodder to skew the “marketplace of ideas” in favor of the donors’ interests.

By allowing these programs on campus, universities aren’t promoting intellectual diversity; they’re inviting the fox into the henhouse.

Conflicting Visions, Part I: Should Universities Accept Outside Funding for Free Market Centers?