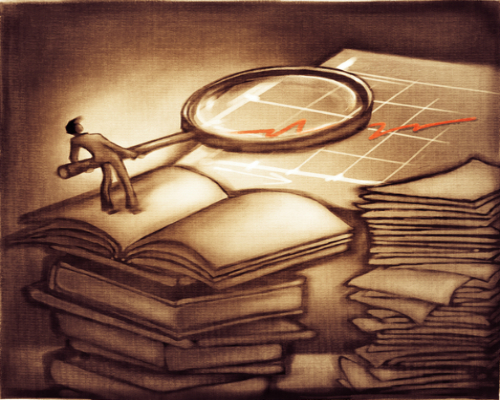 In a 2011 Pope Center article entitled “Too Many Rhinestones,” Professors T. Norman Van Cott and the late Clarence Deitsch examined Ball State University’s (BSU) grade inflation problem. After comparing grade distributions and grade point averages (GPAs) from Fall 1990 and Fall 2009 in principles-level courses, they found that BSU was no exception to the nation-wide trend of ever more A’s and B’s, fewer D’s and F’s, and higher GPAs.

This article offers a five-year update. In particular, we wonder whether the hubbub that ensued following the article’s appearance had any effect on grades at BSU.

The 2011 article created considerable local turmoil, recounted here. To wit: an Indiana state senator queried the BSU president about the university’s grading policies; the local newspaper and student newspaper carried feature stories based on the study; other newspapers around the state ran the article as an op-ed; and BSU’s president and provost denied that grade inflation was occurring, instead ascribing higher grades to BSU getting better every day and in every way.

By the Fall of 2011, however, the administration switched its position! In an all university faculty meeting, the provost said, “As noted by our own Professors Deitsch and Van Cott in their publication for the John W. Pope Center for Higher Education Policy, grade inflation does exist. I have already asked the deans to look at grade inflation, but it is ultimately the prerogative of the faculty to uphold academic rigor. There is no excuse. That is your job.”

(The provost’s charge to BSU’s deans had a curious effect on our dean. He began a program to get the economics department to award higher grades!)

The provost also announced that he would form a “task force” to “investigate academic rigor” at BSU. In a March 2013 memo to the president and provost, one of our economics colleagues, Courtenay Stone, reviewed the task force report. He said, in part:

The Report virtually ignores any evidence for the decline in academic rigor at BSU. It does not discuss, reaffirm or refute the published evidence by two BSU Economics Professors on BSU grade inflation. Instead it offers a selective view of grades for a few courses which constitutes neither a serious study or discussion of grade inflation at BSU…. [In summary] the Report neither assesses the nature of academic rigor or quality at BSU nor offers recommendations to enhance it. This is unfortunate because the Committee could have used their time and efforts to address a host of issues that are clearly reducing the state of academic rigor at BSU and across the nation. Instead, they choose otherwise.

Although Stone’s memo spoke truth to power, it fell on deaf ears. The whitewash provided by the Academic Rigor Task Force Report was accepted by the president and provost. Grade inflation at BSU became a dead issue.

Table 1 presents evidence on course grades at BSU pre and post Deitsch/Van Cott’s spring 2011 publication. Column 1 lists the courses. The second and third columns note the GPAs in Fall 1990 and Fall 2009. The fourth and fifth columns indicate the GPAs in these courses in Fall 2011 and 2015, the former being the GPAs in the fall semester after the appearance of the Deitsch/Van Cott article. The sixth column indicates whether GPAs fell between Fall 2009 and Fall 2011. The seventh column notes whether GPAs between Fall 2011 and Fall 2015 rose. The eighth column extends the terminal year of the Deitsch/Van Cott essay to 2015. The ninth column indicates whether Fall 2015 GPAs exceed a B- (2.67). As seen in column 6, the campus hubbub ensuing on publication of the Deitsch/Van Cott study, together with the provost’s remarks, appears to have had a slight impact on grades. Course GPAs fell in 15 of 26 courses.

Now consider column 7. Consistent with the policies of the administration subsequent to the Fall of 2011, its creation of a task force whose Report on Academic Rigor both ignored the 2011 Deitsch/Van Cott study and turned it into a dead letter upon the administration’s acceptance of the Report, grade inflation at BSU resumed in 13 of the 15 where GPAs had gone down.

Overall, considering all courses rather than just those where GPAs had gone down in 2011, GPAs were higher in 19 of the 26 courses. It was back to business as usual.

The next-to-last column in Table 1 extends the Deitsch/Van Cott study to 2015. In all but one course, Intro to the American Criminal Justice System, GPAs in Fall 2015 were higher than they were in 1990.

The final column indicates that GPAs in 19 of the 26 courses (all introductory, mind you) were above B- (2.667), with another two courses barely missing the cutoff. This is important, as George Leef stated in his April 20, 2016 article Grades Just Keep on Inflating: Why Does it Matter?, because “it is a fraud on students who are misled into thinking that they are more competent than they really are…. Dishonest grading from professors is as bad as dishonest health reports from doctors who just want their patients to feel happy. The truth may be unpleasant, but it’s better to know it than to live in blissful ignorance.”

When a student receives a grade at or above B-, they are being told that they have above average ability in that area, which as Leef put it is, “a fraud on students.” Students can easily be led into selecting inappropriate majors, which leads them to wasting valuable time, effort, and money. And then the question becomes what major to choose next. Fraud reappears as students make choices based on false signals.

Unfortunately, based on our experience at BSU, it appears that university leaders would rather let fraud continue than try to fight it.

For the Greater Good (of the University)