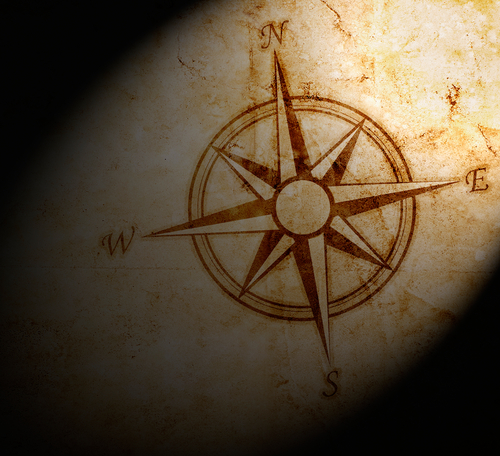 One thing I’ve learned in my years of teaching in the U.S. is that many young Americans are moral relativists. As students in elementary and secondary schools, they were taught that there is no moral fact of the matter. Thus, when people disagree about moral issues, their different perspectives are equally valid. It would be wrong to criticize anyone from another culture who sees things differently.

For example, my son’s high school English teacher wanted her students to say that child slavery in Ghana is morally permissible, the unstated premise being that there are no absolute moral principles that apply to all cultures at all times and places. In my college teaching, I often encounter the results of such thinking.

I often describe female genital mutilation, practiced in places like rural Sudan and argue that it is immoral because it is painful, involuntary, can lead to infection and death and removes the possibility of feeling sexual pleasure. Thus, this practice is immoral. But my students frequently respond, “That’s just your perspective. The Sudanese would be unlikely to agree with you.”

Students enter my classroom believing nothing is truly good or evil and that moral beliefs are the result of what society says. Their moral nihilism can be seen when they write good and evil with scare quotes—i.e., “good” and “evil”—and when they demonstrate their desire to tolerate any evil imaginable as long as it is practiced in another culture.

Teachers are apparently so worried that moral disagreements will lead to conflicts that they teach that “everyone is entitled to their opinion.”

Well-meaning liberal teachers think they are thereby promoting “tolerance,” but they are actually unintentionally producing moral nihilism in their students, leaving them with the moral compass of a psychopath.

The term “Islamophobia” is now used by teachers and professors to prevent legitimate criticism of Muslim cultural practices and behaviors. The liberal media are mostly silent about Pakistani rape gangs in England, the killing of homosexuals, and the ill-treatment of women. Moral relativism and its cousin cultural relativism (the notion that moral criticism of another culture is neither possible nor permissible) are widely taken to be true in America.

There is one enormous exception to the prohibition on cultural criticism. Liberal teachers and professors, meaning very nearly all of them, think Western culture is to be condemned as ethnocentric and immoral, with the crime of colonialism being the chief criticism. All other cultures, however, must be defended against all-comers in the name of tolerance, anti-racism, and anti-ethnocentrism. They are beyond criticism and most students accept that.

Of course, it isn’t just college students who are moral relativists. Many of their professors are. For example, I was accused of being a racist by a college professor from Wisconsin for condemning the sexual attacks on non-Muslim German women in Cologne during the 2016 New Year’s Eve celebrations.

He quibbled that mostly Egyptians were involved rather than Syrian refugees. I replied that my concern was Muslim immigration to Europe in general, not just Syrians. His response was that I was implying that all Muslim immigrants are rapists and that I was a despicable racist for saying such a thing, which of course I had not said.

I have found that it is not difficult to get students to abandon their relativism. Here’s my approach.

The point is to show them that our most basic moral intuition concerns justice.

Evidence that moral thinking is not a “social construct” can be shown further by pointing to elements of morality that are demonstrated in the animal kingdom. For example, as this video shows, a monkey that sees that his neighbor continues to get a grape for doing a specific task while he is now given cucumber for that same activity will express frustration and outrage.

Students can thus see that justice is not a human invention.

Most students do in fact behave in a moral fashion, despite the moral nihilism promoted in schools and colleges. But these false doctrines can only undermine their dedication to pursuing moral goods and they can also leave them incapable of thinking coherently about how to deal with Muslim terrorism or other crucial moral issues of the day. Without a coherent moral framework, students are prone to crazed witch hunts and scapegoating.

Examples include the figurative lynching last fall of the Yale faculty member who said that perhaps “offensive” Halloween costumes should be permissible. She and her husband were forced to resign their positions. More recently, students on social media said that expressing sympathy for the murdered French citizens was “racist” because similar sympathy was not being expressed for victims in some Third World countries.

By starting with students’ own moral practices and intuitions concerning justice, a professor can lead them in productive conversations about moral matters. The most important step is to point out the contradiction in saying that there are no moral standards that apply to everyone, and then prohibiting legitimate criticism of other cultures. For in that case, there are indeed moral principles that apply to everyone and criticism of other cultures is not simply being “intolerant.”

I have had success in getting students to agree that the Holocaust was immoral, that female genital mutilation is immoral, that slavery in other cultures is immoral. Some students express the concern that for changing their beliefs in these ways, they will be judged racist and immoral by their contemporaries. But that is a risk that all moral realists must face.

Kiwis Do It Better?