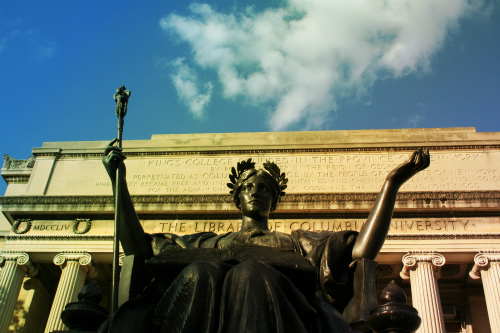 The Department of Education recently proposed new regulations to punish colleges that attract students with misleading claims. But what if the whole system of higher education in America is guilty of that?

In his latest book, Charles Sykes, a senior fellow at the Wisconsin Policy Research Institute, makes the case that it is. Fail U.: The False Promise of Higher Education gives the reader a sweeping view of our collegiate landscape and the scenery is not at all attractive.

It includes debt-ridden students who weren’t prepared for college in the first place, well-paid professors who teach little but devote most of their time to research that nobody reads, campus cry-bullies who live to air their grievances and protest, inflated grades and puff courses, extravagant spending on athletics and luxury amenities for students more interested in having fun than in studying, and much more.

Fail U. is not just an updating of Sykes’ first foray into criticizing higher education—Profscam published in 1988—but a major extension of his case that higher education was losing its focus on teaching students and instead becoming a game of extracting the greatest amount of money from parents and taxpayers. All of the bad trends he observed 28 years ago have continued and worsened, but in addition, a host of new troubles have arisen.

One is the proliferation of college graduates who can only find jobs that don’t call for college education. As the number of Americans holding college credentials has skyrocketed at the same time the economy was going stagnant, many graduates now wind up working in low-skill jobs like customer service representative, theater usher, and taxi driver. “In 1970,” Sykes notes, “less than 1% of taxi drivers had college degrees. Four decades later, more than 15% do.”

In the past, when relatively few Americans went to college and had to show good academic progress to stay in and graduate, higher education generally was a sound investment, leading to lucrative careers. That’s no longer true. Defenders of the higher education system keep talking about the supposed “college premium,” but it’s extremely misleading. “Rather than benefiting from a wage premium,” Sykes writes, many students “find themselves actually worse off than if they had not enrolled at all.”

Another recent problem that has metastasized like an aggressive cancer is that of intolerance. Sykes devotes a chapter to that, calling it “Grievance U.” Back in 1988, you could have found a few faculty members who pushed their “progressive” ideas. Students then could easily avoid the intolerance; on most campuses, the fever swamps where only politically correct thoughts were allowed were small and confined.

Today, on many campuses the atmosphere of intolerance is omnipresent. Not only are there more faculty members who brazenly use their courses for proselytizing, but students who have been steeped in the leftist worldview now use the power that cringing administrators have given them to threaten anyone who dares to disagree with them. Even liberal professors admit to being frightened of zealous leftist students who are eager to maul anyone for even the slightest, inadvertent transgression against their beliefs.

There are many stories about this sort of intellectual thuggery and Sykes recounts several. Perhaps the most telling is the nasty treatment a 79-year-old UCLA professor, Val Rust, received for his “microaggression” of correcting grammatical errors in the papers of Ph.D. candidates. Among other “offenses” against these students, he “changed the capitalization of ‘indigenous’ in one of the papers,” which allegedly signaled “disrespect for the student’s ideological point of view.”

A few of Professor Rust’s students defended him, one writing that the protest was merely “a cheap way of arousing public support.” But instead of telling the students to behave like adults, the UCLA administration overreacted by appeasing the protesters and sending an email to all staff and students declaring that this “troubling racial incident” required that the university community “work toward just, equitable, and lasting solutions.”

What’s wrong with protests over “insensitivity”? Do they really affect college learning?

Sykes argues that the constant drumbeat on campus for protecting the feelings of students “is consistent with the deeply ingrained educational philosophy that insists on bubble-wrapping children, protecting them from all of the bumps, bruises, and setbacks of life, in the belief that by shielding them from adversity and offensive ideas, they will somehow be empowered to face the world.”

That’s a devastating point. Higher education, no matter what the student chooses to major in, ought to be about maturing and learning to cope with the world. Today, American higher education often sends just the opposite message to students—that they are doing the right thing when they try to silence and intimidate anyone who disagrees with them. Our colleges and universities are charging huge amounts of money in exchange for teaching some bad, illiberal ideas.

And thus we come to Sykes’s views about the college bubble. He is convinced that we are in one, similar to the Dutch tulip mania in the 18th century and the housing madness that gripped America just a decade ago.

The cost of college continues rising at the same time that the educational value delivered is generally falling. Many schools have gone so far into debt that they’re finding it increasingly hard to cover their debt service costs, and many families are questioning whether they can or should afford to send the kids to college. The higher education market is simply unsustainable.

Sykes puts it this way: “The education bubble bursts when puffery is confronted by reality. Increasingly, the economic model of higher education no longer works for many students, who realize belatedly that they have placed themselves in a financial stranglehold for unmarketable degrees.”

He’s correct. We’ve had a vast amount of puffery telling us what a superb “investment” a college education is, but in reality, for a great many students getting the degree is a waste of time and money. That understanding will have the same impact as tulip bulb buyers realizing that the price of a bulb far exceeded its value.

He is disdainful of the policy “fixes” that have been advanced by the Obama administration, especially loan forgiveness. “Easy money is being replaced by free money as the government transforms loans into grants through a variety of programs…. The result is a rolling, massive, and very expensive federal bailout.”

One development that will hasten the deflation of the bubble, Sykes maintains, is the rise of online education, especially MOOCs (massive open online courses). They “challenge the monopoly that colleges and universities have on credentialing,” he writes, because of “their ability to restore content to higher education and some meaning to the credentials that have become increasingly hollow.” And he scoffs at the defense often raised by the higher ed establishment that free online courses are “dehumanizing.”

“Universities can hardly complain that MOOCs dehumanize and depersonalize education,” Sykes counters, “since the modern university has already done all it can to minimize the interactions between elite faculty and undergraduates.”

Undoubtedly, Fail U. will be blasted by defenders of the academic status quo, just as Profscam was. They will say that Sykes exaggerates and sensationalizes the problems of higher education. I don’t think he does, but what would they prefer? Silence, or criticism so couched in appropriately fuzzy academic language that no one would pay any attention? Probably so.

The best thing about this book is that it will convince large numbers of average Americans that they should think long and hard before committing loads of money to college.