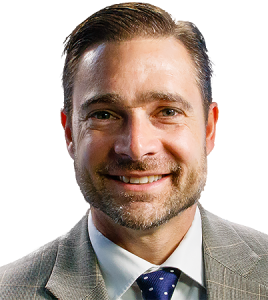 On Thursday, August 25th, join the Martin Center as we welcome author and Heritage Foundation education fellow Jonathan Butcher for a webinar on his latest book, “Splintered: Critical Race Theory and the Progressive War on Truth.”

Butcher’s presentation is the next event in the Martin Center’s quarterly series of talks with authors of books about higher education.

Jonathan Butcher currently serves as the Will Skillman Fellow in Education at The Heritage Foundation. Prior to writing Splintered: Critical Race Theory and the Progressive War on Truth, he co-edited and wrote chapters in The Critical Classroom (The Heritage Foundation, 2022), discussing the racial prejudice that comes from the application of critical race theory in K-12 schools. In 2021, South Carolina Gov. Henry McMaster nominated Jonathan to serve on the board of the South Carolina Public Charter School District, a statewide charter school authorizer. He has researched and testified on education policy around the U.S.

Jonathan co-edited and wrote chapters in the book The Not-So-Great Society, which provides conservative solutions to the problems created by the ever-expanding federal footprint in preschool, K-12, and higher education.

Jonathan previously served as the education director at the Goldwater Institute, where he remains a senior fellow. He was a member of the Arizona Department of Education’s first Steering Committee for Empowerment Scholarship Accounts, the nation’s first education savings account program. He is also a Senior Fellow with The Beacon Center of Tennessee, a nonpartisan research organization, and a contributing scholar for the Georgia Center for Opportunity.

Prior to joining Goldwater, Jonathan was the director of accountability for the South Carolina Public Charter School District. Jonathan previously studied education policy at the Department of Education Reform at the University of Arkansas and worked with the School Choice Demonstration Project, the research team that evaluated voucher programs in Washington, D.C. and Milwaukee, Wisc.

Jonathan holds a B.A. in English from Furman University and an M.A. in economics from the University of Arkansas.