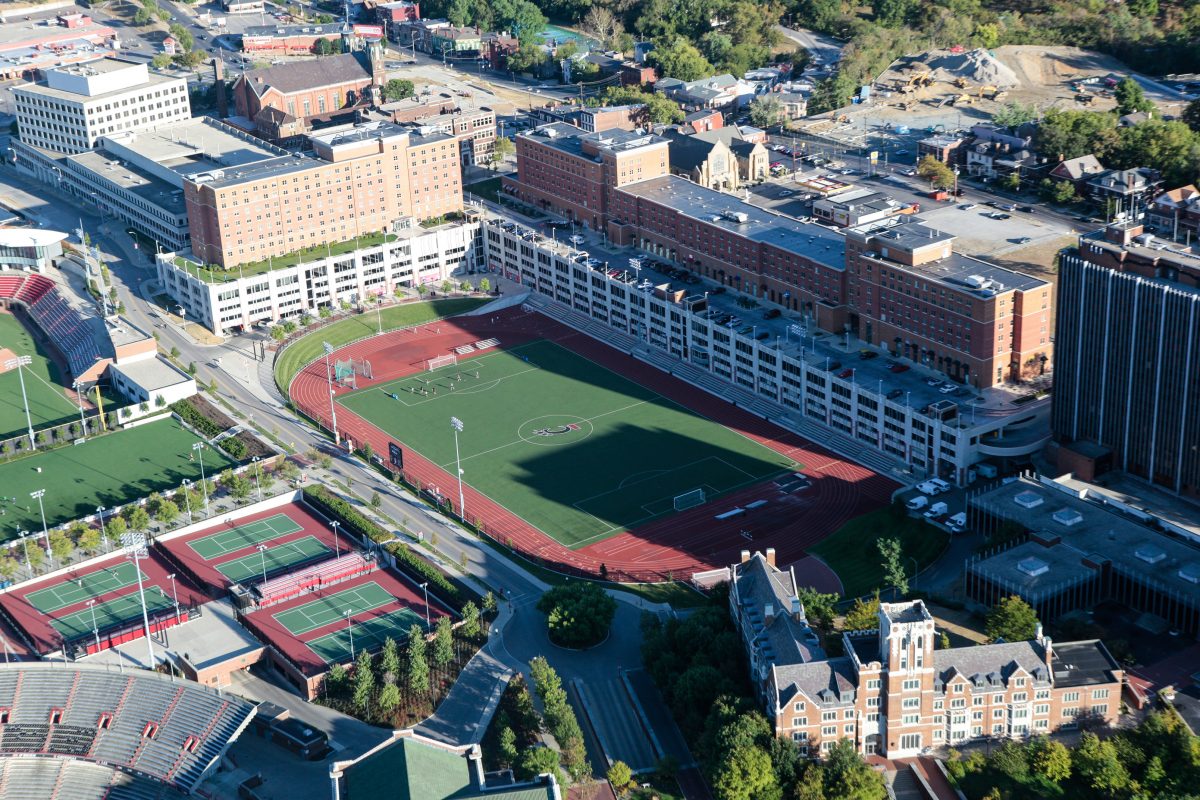 According to one recent estimate, American colleges in the last few years, in a period of extraordinary enrollment decline, have added 70 million square feet of new instruction and research facilities on their campuses. That is more space than in 10 Pentagons, the largest office facility in the U.S.

Yet enrollments for fall 2020 had declined by about 2 million students compared to 9 years ago. Enrollments have been falling while campus buildings are growing.

American higher education has been suffering from a huge and expensive Edifice Complex.

To pick one university, the University of Akron in the 1990s had a main campus enrollment above 27,000. The then-long serving president, Luis Proenza, went on a spending binge, much with borrowed money, for new buildings. Yet in the last decade, enrollments have plunged at Akron: The Ohio Department of Higher Education reports fall 2020 enrollment of 14,553, down 36 percent from 2012.

The school is reeling from the costs of maintaining vast unneeded space, including massive debt repayment expenses. Now, the school is trying to sell 1 million of its 8 million square feet of space—the equivalent of a dozen large classroom buildings. Do you want to buy a very lightly used state-of-the-art football stadium in an area with a declining population? Akron could accommodate you.

Why did universities like Akron all over the country succumb to the Edifice Complex? Several factors are at work.

College presidents reasoned that not only did old buildings need to be replaced, but they had to be bigger to accommodate the near-certain future increases in enrollment. The chemistry building constructed in 2010 had to accommodate the certainly larger number of students using labs in 10 or 20 years. They really believed that the nation would fulfill a goal that President Barack Obama set in his 2009 State of the Union Address when he inaccurately proclaimed that “by 2020, America will once again have the highest proportion of college graduates in the world.”

High school students visiting campus would be awed by the neat buildings—dormitories with suites instead of old-style double or triple rooms, complete with private baths and kitchens with granite countertops. They would be enticed by classroom buildings with beautiful spacious atriums. Above all, they would salivate over nice recreational facilities—reeled in by climbing walls and lazy rivers, where students could blissfully drift in an inner tube while drinking beer or sleeping.

Third, university presidents and their governing boards were aided and abetted in their building dreams by—are you ready for this?—the Federal Reserve!

Our nation’s central bank went on an easy-credit splurge under various fancy names beginning with “quantitative easing,” with an economic effect not substantively different from dropping money out of airplanes. Specifically, they pushed interest rates way down below their natural rate dictated by the time preferences of humans. Colleges could then borrow millions of dollars without dramatically large interest costs.

Whether the asset bubble so created will wreck the U.S. economy remains to be seen (I think it likely will), but it undeniably helped finance the vast campus building construction of modern times. If interest rates rise 250 basis points (2.5 percent on the principal amount) at my university, debt interest costs per student would rise nearly $1,000 annually. I suspect that is fairly typical.

Fourth, I have sensed on my own campus, so probably true on others, that there is a burgeoning bureaucracy of campus administrators dependent on campus construction for their livelihood.

They lobby their bosses with master plans or five-year capital improvement plans and talk about the horrible consequences if we fail to keep up with the competition. The rent-seeking proclivities of campus facility apparatchiks have triumphed on many campuses over the real but more prosaic demands of the faculty. Faculty are usually content with decent pay, light teaching loads (so they can write “important” articles that no one reads for the Journal of Last Resort), and, of course, good parking.

Buildings require maintenance, but much of that expense can be delayed without structures collapsing or becoming unusable. Yet, as the campus building inventory grows, that becomes a bigger problem.

Unexpected events like the pandemic obviously negatively impact all institutions. Interestingly, however, Standard and Poor’s credit rating service noted that “as of December 31, 2019, only 3.2% of our rated colleges and universities carried positive outlooks.” That poor outlook was before the pandemic struck. Both Moody’s and Standard and Poor’s have generally lowered their credit rating for American colleges in recent years, especially hurting many private schools, including liberal arts colleges.

A big problem is that American universities often either ignore or hide the real costs of facilities.

Buildings require maintenance, but much of that expense can be delayed without structures collapsing or becoming unusable. Yet, as the campus building inventory grows, that becomes a bigger problem.

Universities engage in bloody in-fighting over funds. The faculty want higher salaries and lower teaching loads. Administrators fight to increase staff and power. But who lobbies for the buildings? They cannot speak or cajole, and their guardians, the facility management bureaucracy, are usually pushing hard for new facilities that will keep them busy supervising architects and contractors, more exciting than getting walls painted or roofs replaced.

The Edifice Complex is more costly for public institutions in many states because of anachronistic legislation requiring contractors to pay so-called “prevailing wages” on building projects, often raising the price of construction by 10 percent or more. Some facilities are breathtakingly costly. Take University Hall at the University of Massachusetts at Boston. Its cost per square inch of space is nearly $5, probably triple the cost of a typical commercial office building and five times that of a nice new house in most of the country.

The solution to many of those woes is to use space more efficiently.

College facilities are notoriously under-used, with classrooms probably rarely getting more than 1,000 hours use annually, with 500 hours annual use for a faculty office being high. By contrast, many business offices in the competitive for-profit sector get closer to 2,000 hours use annually.

Richard K. Vedder is a senior fellow at the Independent Institute, distinguished professor of economics emeritus at Ohio University, and the author of Restoring the Promise: Higher Education in America.