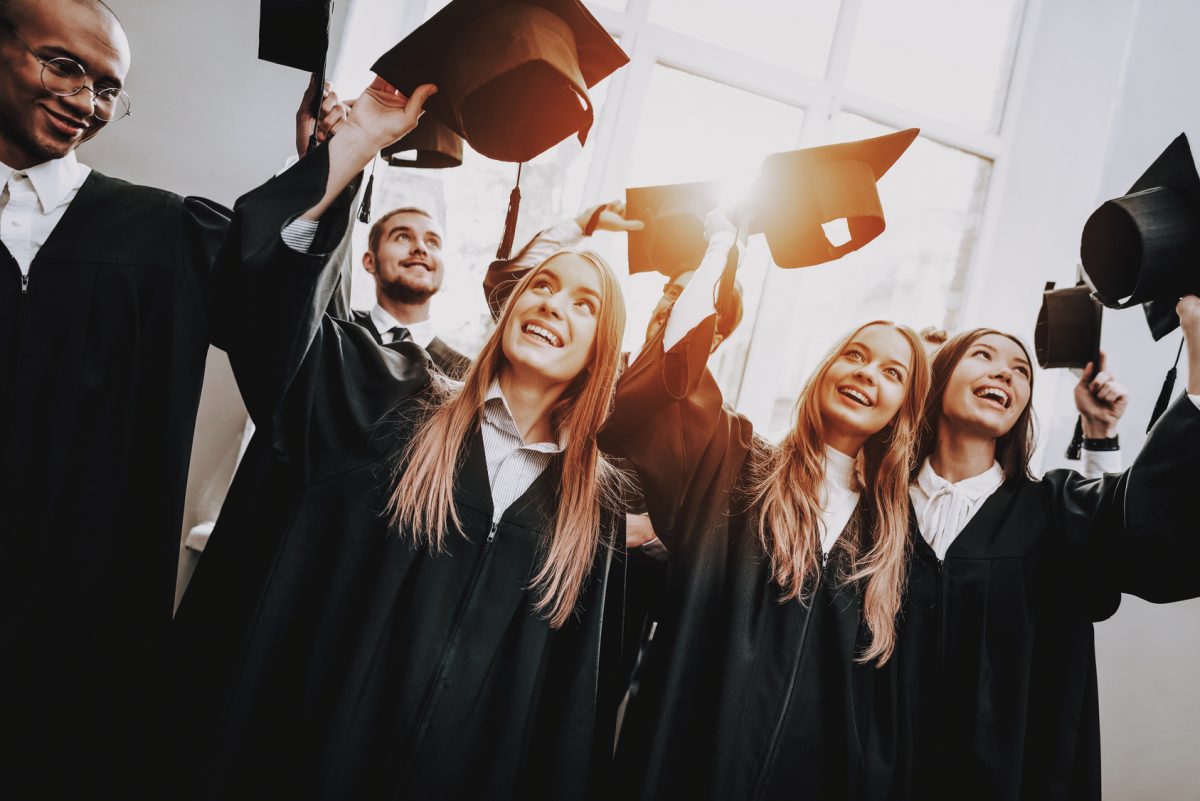 Two facts about colleges stand out. First, they are largely (some argue almost entirely) a “private” good; that is to say, the benefits from college attendance accrue mainly to the student, not to society at large. For example, the Census Bureau tells us the typical male adult college graduate made about $30,000 a year more in 2017 than his counterpart with just a high school diploma. That’s private benefit.

While there are numerous arguments claiming “positive externalities” of college, the evidence for our 50 states suggests that state governments that shower lots of money on their public universities do not get higher rates of economic growth as a consequence—the positive economic externalities from spending state funds for higher education are pretty elusive.

Second, evidence from the Equality of Opportunity Project of Raj Chetty and several others shows that the overwhelming majority of students at most four-year colleges and universities come from relatively affluent families. There are 38 private schools, including a majority of the Ivy League, where more students come from the top one percent in the income distribution than the bottom 60 percent.

Even at the fairly typical state university where I teach, Ohio University, the median family income is over $90,000 annually—well above state and national norms. It is much higher still at prestigious state flagship schools—$135,100 at the University of North Carolina at Chapel Hill and even higher ($155,500) at its rival to the north, the University of Virginia.

With that by way of background, I have been mystified by the efforts (primarily of liberal Democrats) to enact “free college” for at least a year or two at state-supported colleges. It seems to me at least possible that a large portion of the beneficiaries of such an effort will be relatively affluent middle-class individuals, especially at highly selective admission state flagship universities.

Consider New Jersey, where Democratic governor Phil Murphy has favored high marginal income tax rates to help fund free college. To keep the proposal from favoring the rich, he proposes to make it available only to those attending community colleges, not state schools like Rutgers (median family income of attendees: $103,500) or the College of New Jersey ($133,000).

I took five large (each over 10,000 students) public New Jersey community colleges (Bergen, Brookdale, Camden, Essex County, and Middlesex) and looked at data from the U.S. Department of Education’s College Scorecard. Not one of them had a graduation rate as high as 25 percent, with average earnings after attendance varying between $30,100 and $38,400 annually. That is just about what the average earnings of high school graduates were in 2017 nationally ($35,713). Free community college seems far from a likely path up the economic ladder!

Meanwhile, the high-income taxes to help finance this scheme have contributed to New Jersey having significant out-migration of productive human resources.

Proposals, such as Senator Bernie Sanders’, for free college open to students at four-year state universities are almost certainly likely to primarily benefit students from moderately affluent families. Moreover, many really low-income families already get the equivalent of free or very low-cost tuition anyway, through school need-based scholarships and federal Pell Grants.  Politicians are using proposed relief from high tuition costs resulting from dysfunctional federal student loan programs to promote their own re-election rather than truly help the poor.

The good news is that there is a parallel, but little-publicized, “free college” movement underway. Private employers are increasingly paying the tuition of their employees. That doesn’t cost taxpayers anything.

For years, many employers have offered to pay part of the graduate schooling costs of some of their relatively high-paid managerial and technical employees. For example, a large business might pay some or all the tuition for an M.B.A. degree program, provided the employee agrees to stay at least two years after completion. But now employers are increasing their tuition benefit programs to relatively low-paying employees with high school diplomas who want to earn college degrees.

Colleges are becoming somewhat hedonistic finishing schools for their moderately affluent students while teaching little of consequence for many of them.

Starting several years ago, for instance, Starbucks began providing some tuition benefits for its employees. This has spread to many other businesses, including the nation’s largest private employer, Wal-Mart. Wal-Mart asks employees to pay a nominal amount ($1 a day) toward tuition at a small number of schools with which the company has negotiated contracts. A similar approach is used by others, including the Walt Disney Company. Federal tax law gives favorable treatment for benefits up to $5,250 annually, which has encouraged private support of tuition payments.

Schools like Brandman University are offering online courses to employees at several companies. The schools offer cut-rate tuition since they are spared expenses associated with recruiting students and offering scholarships. The large employers, buying in volume, can usually get cut rates on textbooks as well. Some major universities (e.g., the University of Florida) are starting to participate in these corporate plans.

Have corporations had a new swelling of altruism leading them to promote these new programs? I doubt it. I think it is related more to the very tight nature of the labor market. Wages have been rising more for those with minimal education than for college graduates in recent years because big box stores and fast food restaurant chains are having trouble getting employees. Companies report that the prospects of a low-cost college education enormously increase the retention rate of new hires –critically important where labor shortages exist.

The massive expansion in college enrollments over the last two generations has been accompanied by rising income inequality. Colleges are becoming somewhat hedonistic finishing schools for their moderately affluent students while teaching little of consequence for many of them. Therefore, the use of tax money to support public colleges on income distributional grounds makes little sense to me.

Let Wal-Mart and Starbucks subsidize college for their employees if they wish. Their employees might well learn something useful. That’s vastly better than “free college” on the taxpayer’s dime.

The Edifice Complex Is a Threat to University Budgets