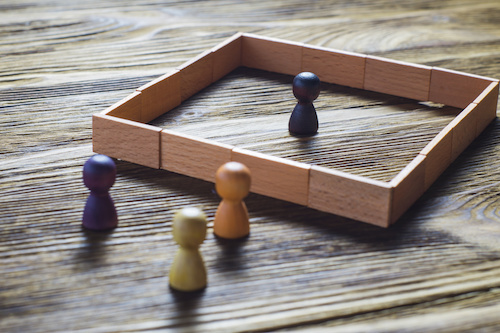 Irwin Holmes was in his living room, a laptop computer in front of him, a pile of reading materials stacked next to him, and his wife seated nearby when he heard the news. North Carolina State University might create segregated student housing for African American women.

When he learned his alma mater already had exclusive student housing for Native Americans and African American males he was incredulous, and at no loss for words.

Holmes, a retired electrical engineer who still lives in his hometown of Durham, was the first African American to earn an undergraduate degree from NC State, in 1960.

“I was clearly a pioneer” in tearing down racial barriers to integrated education in the Jim Crow South, Holmes said. “Somebody’s going to have to convince me why that’s not stepping backwards” to create separate housing for minorities.

Nashia Whittenburg, director of multicultural student affairs at NC State, stirred a national debate and a torrent of news articles shortly after she assumed her position on July 10. She was quoted in a university news release saying she wanted to create an exclusive living and learning village for African American women.

“Are we creating a sense of inclusion for our underrepresented students, and the opportunity for non-underrepresented students to understand that?” Whittenburg asked in justifying the segregated housing, which she likened to an after-class support system to deal with all-day microaggressions. She views female blacks-only housing as a student retention tool.

University housing director Susan Grant said Whittenburg’s plan “is not currently under consideration,” and could take more than a year to be developed if approved.

She denied that any of the village housing is segregated, but did not answer whether people of other races lived in the Black Male Initiative or Native Space housing.

“Our focus is on cultural exploration, not exclusive of any race,” Grant said.​

It is unclear how many colleges and universities have such student housing arrangements.

James Baumann, director of communications and marketing at the Association of College and University Housing Officers – International, said that will be the subject of a research initiative in the near future.

He said that his organization has been following housing programs for African American males at, among other schools, the University of Connecticut, the University of Iowa, and Cal State Los Angeles. Reed College in Portland, Oregon, Cornell College in Iowa, UC Berkeley, and Stanford University also have ethnic and racially themed housing.

Themed housing “can address a number of different subjects that are sometimes connected to work in the classroom, and other times operate independently of the students’ coursework,” Baumann said. It can “bring together students that share an interest, area of study, or an identity. They can act as a support network that helps students build community and assist one another.”

But critics have raised questions about the legality of segregated housing for racial minorities, and whether it is a return to a darker time in the nation’s history when government policy and institutional rules separated the races.

“If this is just done for the sake of doing it, then I think you have a clear violation of Brown v. Board of Education,” Joyner said of the 1954 U.S. Supreme Court decision that declared “separate but equal” education was unconstitutional.

Joyner said he is aware of efforts on university campuses and in high schools around the country “to declare that such an arrangement violates Brown v. Board, that it is a perpetuation of segregation, and because of that it should not occur.”

But he can imagine a defense for separate housing. If there is a hostility level on campus that makes African American females uncomfortable, or if they feel culturally alienated, or culturally attacked, that falls under the same umbrella as a physical attack in his mind, Joyner said.

A university has “a compelling interest” to provide separate housing as an emergency measure to protect students under those circumstances, he said. “I think that the court would allow it.”

Joyner was one of only two African American students in his dormitory during his undergraduate studies at Oswego State University in New York. He said he understands why older African Americans who endured similar experiences might feel like a return to separate housing betrays their important efforts to desegregate colleges.

But Irwin Holmes said he is less concerned about the legacy of his contributions in opening doors to minority students at NC State than he is about what might be lost through separate housing.

“One of the big advantages of integration in America has been that people who wouldn’t normally run into each other as they go through life are forced to run into each other. And what happens when you do that is you discover that there’s not much difference between us,” Holmes said.

Integrated schools and close living arrangements foster interracial friendships that might not otherwise occur, and that is “the main reason America’s changing today,” Holmes said. “When you mix, magical things happen that nobody can anticipate.…”

Holmes chose NC State for its engineering program. NC Central, from which his father and mother graduated, and where his father was an All-American football player, and later teacher and coach, did not have an engineering curriculum. And going to North Carolina A&T was out of the question because that was NC Central’s arch rival, and his parents wouldn’t have allowed that, he said with a chuckle.

Despite two racially charged encounters with professors, a sour experience or two from his white teammates on the tennis team, and a sucker punch from a white opponent during an intramural basketball game, Holmes said his experience at NC State was overwhelmingly positive.

Most professors were determined he would graduate, and helped him any way they could. Most of his fellow students were friendly. And he was named co-captain of the tennis team his senior year.

White teachers might not encourage African American students to excel because they don’t believe they are as capable as white students, he said. African Americans might feel that whites still don’t accept them into their groups. So they no longer try to assimilate where they don’t feel wanted, and tend to band together.

But he doesn’t believe that justifies splintering the races further through separate housing.

Neal McCluskey, director of the Cato Institute’s Center for Educational Reform, said he is unaware whether any research has been done on the effects of segregated college housing.

But he said there is research at the high school level that shows self-segregation is common. He cited former Spelman College president Beverly Daniel Tatum’s Why Are All The Black Kids Sitting Together in the Cafeteria? as one of the books that found that even if students are physically together in school, their friendships tend to be overwhelmingly homogenous.

“Meaningful, intergroup bridging does not seem to readily occur even where groups are physically mixed,” McCluskey said. “And this seems to be largely a function of homophily—people liking people like themselves—rather than animosity toward other groups.”

But proponents of race-themed housing, such as NC State’s Nashia Whittenburg, don’t appear to be working to bridge racial divides or reduce students’ tendency to self-segregate.

They seem to be more interested in creating psychological “safe spaces” for minority students than in breaking down social barriers. In the name of “inclusion,” they may end up perpetuating the exclusionary campus culture that Irwin Holmes and others fought against decades ago.