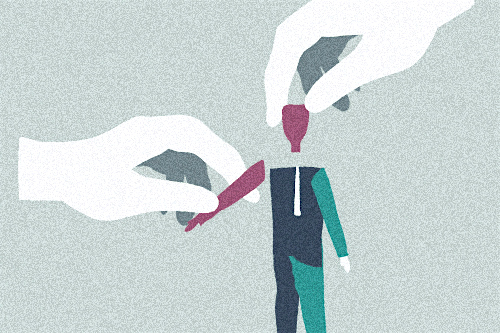 “Dems are taking forever to approve my people, including Ambassadors,” President Trump tweeted on June 5. “They are nothing but OBSTRUCTIONISTS! Want approvals.”

Fortunately for President Trump, many appointments don’t require Senate approval, and a cabinet member may appoint leaders to certain high-level positions within his or her department.

Kissel is a senior program officer in university investments at the Charles Koch Foundation. Before that, he served as vice president of programs and director of the individual rights defense programs at the Foundation for Individual Rights in Education, a non-profit organization that defends freedom of speech on college campuses.

Full disclosure: I’ve met and corresponded with Kissel, although we’ve never had a formal business relationship. He strikes me as professional and competent, and his experience promoting academic freedom, freedom of speech, and the due process rights of students makes him an interesting choice.

It’s unclear how Kissel will affect department policy. Politico speculates that his hiring “could be a sign that the department may reverse Obama-era guidance and direct colleges to raise the current standard of proof” in sexual violence and harassment cases on campus.

The current standard of proof for sexual violence and harassment cases, the “preponderance of the evidence” standard, arises out of an Obama-era regulatory guidance letter regarding the implementation of Title IX of the Education Amendments Act of 1972.

Under this standard, an accuser must, to meet his burden of proof, show merely that his accusation is more likely true than not. This isn’t a high bar, which is why the standard isn’t used in criminal cases in courts of law where judges rather than college administrators oversee the proceedings.

Colleges not in compliance with the DOE “guidance” letter—which operates like a mandate—risk federal civil rights investigations into their policies and procedures.

Even if Kissel has criticized expansive interpretations of Title IX, he’s unlikely to define department policy in this area. Title IX is beyond the scope of his duties. His office, according to the Office of Post Secondary Education, “administers programs that broaden access to higher education and strengthen the capacity of colleges and universities.” Moreover, it “coordinates a number of higher education-related activities with states,” and awards grants “primarily to institutions of higher education, non-profit organizations and agencies, and state agencies.”

Hints about Kissel’s function within the department can be gleaned from the duties of his predecessor, James T. Minor, who was appointed in 2014 and served the Obama administration through August 2016.

If Minor’s tasks at the department are any indication, Kissel will oversee GEAR UP, a program designed to equip low-income students for postsecondary education; Title III, focusing on higher education funding for low-income students; Title V, assisting institutions that serve Hispanic students; the Fund for the Improvement of Postsecondary Education, promoting innovation and affordability among colleges; and federal TriO training programs for institutions and individuals working with disadvantaged students.

In short, Kissel will be responsible for administering billions of dollars in grant funding for programs involving access to higher education, a role with which he’s familiar, having supervised and effectuated university investment strategies at the Koch Foundation. Some of the department programs—GEAR UP, for instance—face major cuts in Trump’s proposed budget, and Kissel will find himself monitoring their activity and assessing their outcomes for long-term efficiency and effectiveness.

Supporters of Kissel celebrate him as “a civil libertarian activist” whose nomination “might indicate a significant shift in federal priorities for college oversight.” The College Fix calls him a “First Amendment crusader.”

Senator Patty Murray (D-WA), however, reacted fiercely to his appointment. “I am deeply troubled,” she said, “[that] this hire is another concerning sign that President Trump plans to make it more difficult for survivors of campus sexual violence to get justice.”

Remarks like these seem premature, designed more for political points than constructive dialogue. A graduate of Harvard University and the University of Chicago, where he earned a master’s degree from the prestigious Committee on Social Thought, Kissel is a trained scholar who, in my view, carefully analyzes issues and thoughtfully articulates his opinion on them.

It will be interesting to watch Kissel’s transition from private to public employment. The Koch Foundation supports “education and research that…sparks innovation.” In his capacity as senior program officer at the Koch Foundation, Kissel managed private money. But he will control taxpayer money at the department.

Will he use his new position to repurpose current investments and grant awards to support state experimentation in market-based solutions for problems facing low-income students? Or will he seek to restrict federal spending for such purposes on the basis that the free-market principles with which he’s associated ultimately help low-income students in alternative ways?

Whatever the answers, Trump can at least take comfort that another critical position has been filled. And filled well.