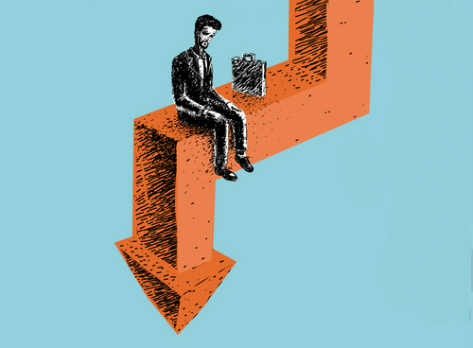 For decades, the American higher education establishment was able to sell the idea that promoting college was sound policy because it seemed that nearly all graduates found good, high-paying jobs.

But around 15 years ago, people began to notice that a rather large percentage of college grads were taking low-skill jobs with poor pay and doubtful future prospects. These underemployed people figured prominently in the Occupy Wall Street protests of 2011.

The underemployment phenomenon led some higher education analysts to conclude that the U.S. had oversold college, but others stuck with the idea that it’s generally a wise investment.

In large measure, this is a data problem because there is a fundamental contradiction in the data relating to college graduate vocational success—a contradiction that can lead to radically different conclusions about the need to invest resources in higher education.

The “College for All” crowd accurately cites Census Bureau data showing that the average or median earnings of American college graduates are sharply higher than those for high school graduates—sometimes as much as 100 percent higher.

Others, however, cite numbers from the Bureau of Labor Statistics or the New York Federal Reserve Bank showing that massive numbers of recent college graduates are “underemployed,” working generally fairly low skilled jobs for which a high school diploma suffices.

Two New York Fed scholars who in a 2014 study helped bring the “underemployment” problem to our attention (I immodestly would add that I had already done so more than a year earlier with colleagues Christopher Denhart and Jonathan Robe in our study Why Are Recent College Graduates Underemployed? for the Center for College Affordability and Productivity) are Jaison Abel and Richard Deitz.

In a new working paper for the National Bureau of Economic Research (unfortunately, not available for free), Abel and Deitz seemingly soften a bit the potential policy implications arising from large-scale underemployment.

They assert that many of the underemployed college graduates gravitate after a transition of a few years into higher skilled employment more consistent with their college education. Moreover, some of the “underemployed” actually take jobs in fields like information technology that are actually fairly high skilled and well paying.

Additionally, they find that students with training in the STEM disciplines (science, technology, engineering and mathematics) are less likely to be underemployed than other majors.

What should we conclude from the paper?

I think that on balance, the Abel and Deitz results continue to support those who are skeptical of trying to lure as many young Americans as possible into college—in contrast with such “College for All” supporters as President Obama, the Lumina Foundation, and Hillary Clinton through her free tuition scheme.

Moreover, Abel and Deitz are only examining a highly biased nonrandom sampling of those attending college. They fail to consider the 40 percent or so of those who enroll but never graduate (or at least not within six years). If we looked at underemployment as a percentage of the cohort entering college full-time and not just graduates, the proportion would be much higher.

There is another thing that the new data only partially show, namely that college degrees are not all the same. Abel and Deitz demonstrate that, say, a gender studies major is vastly more likely to be underemployed than an electrical engineering major.

A key point they don’t stress, however, is that those graduating in the bottom quartile of their college class are far more likely to be underemployed than others. The earnings of college graduates in the bottom 25 percent of their classes are little different from the average (roughly the 50th percentile) of earnings of people who have only a high school diploma. That implies that the underemployment problem is serious among students with poor academic performances, independent of their field of study.

In that same vein, the new, highly imperfect College Scorecard from the U.S. Department of Education shows something revealing—that earnings among recent college graduates vary enormously by institution.

Compare, for example, Duke University with the University of North Carolina at Greensboro. At Duke, the scorecard tells us the average earnings after attending are $76,700. That is more than double what they are at Greensboro ($36,000). Only five percent of those entering Duke don’t graduate –compared with 44 percent of those at Greensboro. I think it’s reasonable to assume that “underemployment” among those going to Duke is very small, but is far higher (probably 50 percent or more) among Greensboro graduates.

The data used in the Scorecard come from the IRS and exclude those not receiving federal student financial assistance, but data from Payscale.com show generally the same thing: those going to selective schools (almost entirely kids with solid high school academic performance) do well vocationally compared with those attending less selective schools, who generally have weaker academic performance in high school.

We are already overinvested in higher education. Abel and Deitz show that underemployment remains high among college graduates even though some manage to find better jobs after several years. This implies that fewer, not more, Americans need to be pursuing a traditional bachelor’s degree.