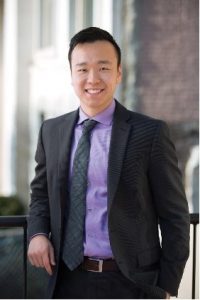 On Thursday, October 7th, join the Martin Center as we welcome author and Asian-American activist Kenny Xu for a virtual talk entitled “Asian-Americans and Meritocracy: Why They Succeed, and Why the Woke Can’t Stand Them.”

Xu’s presentation is the first in the Martin Center’s bi-monthly series of talks with authors of books about higher education.

Kenny Xu’s An Inconvenient Minority sold out the first printing in two days and was highly ranked in the category of Asian American History (#1), Discrimination and Racism (#1), and Teacher Training and Studies (#1).

Xu is the president of the nonprofit organization Color Us United, and the lead insider on the Harvard case.  He has spoken on the consequences of the Students for Fair Admissions v. Harvard case and its identity politics ideology in front of groups as diverse as the nationally renowned Pacific Legal Foundation to the Boston Rally for Education Rights to the all-Black Connecticut Parents Union. His commentary has propelled him to interviews with Fox News, Newsweek, the Epoch Times and various Youtube, radio and podcasts, and features in the New York Times Magazine and NPR. He is a commentary writer for the Wall Street Journal, the Federalist, the Washington Examiner, the Daily Signal, Quillette, New York Post and City Journal. His journalism is beloved by the Asian American community and other meritocratic activists. Asian-American activists have frequently solicited his advice on how to organize for meritocracy and equal rights. As such he maintains extensive connections with the nationwide “meritocracy movement.”

As the youngest board member of the Asian-American Coalition for Education (which sponsored the lawsuit) and an identity politics journalist for nearly two years, Kenny has unique and unprecedented access to the major players fighting the deep racial ideologies propagated by Harvard today, including SFFA legal strategist Ed Blum, equal rights activist Ward Connerly, and Asian-American equal rights advocate Yukong Zhao.