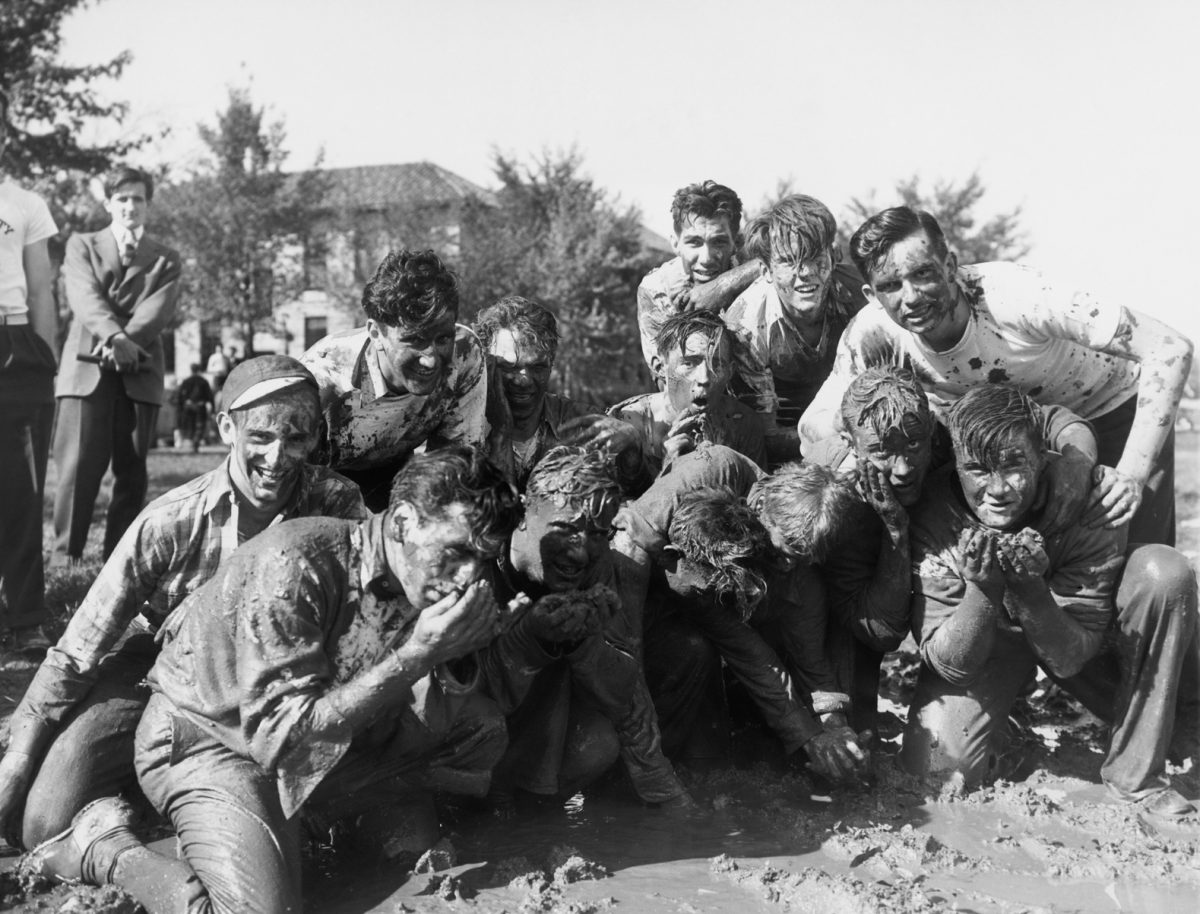 Wars are rarely kind to the wide-ranging pursuit of the truth. The same goes for culture wars, including the war over fraternities. Harvard University’s recent decision to penalize students who join “final clubs” and other single-sex social organizations is one front in that war. In sober moments, opponents of all-male social organizations concede that they have “positive qualities.” But they demonize them anyway: “the influence of these organizations on campus life and in shaping mindsets,” says one Harvard committee, “is impossible to escape.” No time for nuance when one seeks to break and control the violence of frat boys.

Similarly, defenders of fraternities acknowledge their deficiencies. But because Harvard and others have been so ham-fisted, so hostile to the freedom of association of their students, and so wedded to a hyper-partisan understanding of “diversity,” it has been easy to dwell instead on the political correctness monster that seeks to crush fraternities’ valuable aspects along with the harmful ones.

I’m on record against Harvard’s policy. But after we’ve rehearsed the arguments that colleges and universities are properly homes of free inquiry, that they shouldn’t stifle the associational freedom of their students, and that they shouldn’t practice doctrinaire gender politics, what’s next?

Those who care about colleges and universities can’t be indifferent to the ideas of masculinity and femininity that prevail on their campuses. Consider that colleges are essentially Socratic institutions, in that the search for truth is their foundational principle. Socrates, who, unusually, swears by a female god and draws men away from public life toward the seemingly softer occupation of philosophizing, isn’t a typical male. Even if being a “college man” means something as untraditional as being more like Socrates, colleges do seek to shape men. That entails shaping standards of praise and blame to win men over to the activities, and habits of mind and heart, that support the pursuit of the truth. That colleges also shape women does not leave them unconcerned with what one means by “be a man!” To take a low but clear example, if students in large numbers think that “studying is for sissies,” their teachers have probably failed them.

More broadly, masculinity and femininity, or manliness and womanliness, are proper objects of reflection at colleges and universities. That we find accounts of “the patriarchy” and “toxic masculinity” wanting as explanations of manliness shouldn’t prevent us from wondering what the costs and benefits of our leading ways of thinking about manliness are. And although fraternities have gotten a lot of bad press, they remain leading interpreters of the meaning of manhood on campus. In her new book, Fraternity: An Inside Look at a Year of College Boys Becoming Men, journalist Alexandra Robbins reports that “students have been signing up” for fraternities in “record numbers.” Prestigious colleges like Harvard, which has donors lining up to add to its $39 billion endowment and applicants ready to saw off a limb to get in, can afford to adopt misguided and unpopular measures to crush single-sex organizations. Elsewhere, for the foreseeable future, such organizations will shape how many students think about manhood.

Fraternities probably aren’t increasing in popularity because they throw great parties or help men shed their virginity. It has never been easier to get booze or have sex on campus. One hardly needs to subject oneself to hazing to get ample supplies of both. Although membership in a fraternity confers status on many campuses, there’s no reason to think that this currency has increased in value recently. So status can’t explain the increasing popularity of fraternities either.

Robbins has a plausible—if not dispositive—explanation, drawn from her interviews with fraternity members and alums. It’s easy to make fun of the idea that it’s a “tough time to be a college-bound teenage boy.” But it’s harder to make fun of the idea that young men may be perplexed “growing up in a world where women can be doctors, but men still face stigma for becoming nurses; where the majority of high school dropouts are male; and where experts point to ‘toxic masculinity’ as a driving force behind everything from mass shootings to international terrorism.”

Robbins isn’t naive. As we’ll see, she paints a picture of fraternities that will drive parents to new achievements in hyperventilation. But she takes seriously the claims of those she interviews, many of whom look for and find in fraternities “the bonds of brotherhood” and a sense, in perplexing times, of how to be a man.

However, Robbins’ book conveys the impression that fraternities, on average, aren’t doing a good job teaching manhood. Robbins closely follows the freshman year of “Jake,” a bit of a nerd, who rushes a fraternity for innocuous reasons. His father was in a fraternity and speaks highly of the experience. And Jake, a bit of an introvert, is eager to form lasting friendships. Though the fraternity he joins is, by Robbins’ account, average, it still subjects Jake to sleep deprivation and ritual humiliation. Jake and his pledge class are taught to be men by, among other things viewing and reporting on interracial porn, creating a skit about a gay student “making fun about how he likes to take it up the ass,” drinking to the point of vomiting, and hooking up with equally drunk women. Older fraternity members are as sadistic as movie drill sergeants, but at least drill sergeants have noble aims. These young men aim only to ascend from the middle tier to the top tier of fraternities, a status achieved by throwing bigger parties attended by more desirable women—and conquering them sexually.

By the end of the book, Jake is, with some reservations, duly trained. He participates in hazing and understands why he shouldn’t bring dishonor on his fraternity by hooking up with “whales” (who are women not shaped like models). He thinks, as he is having sex with a woman reputed to have slept with 10 other members of his fraternity, how cool it is to get with his brother Andy’s “slam.” Jake, who enters the fraternity as a sort of gentleman, is at the end of year one, conflicted but, as the kids say, a douche.

Those who, properly, defend the associational rights of students and decry narrow-minded ideological attacks on fraternities should have enough time left over to consider how the average fraternity can do better than this. That would entail thinking both about what idea or ideas of manhood are worth defending and how young men in charge of other young men can be initiated into them.

Those who, properly, defend the associational rights of students and decry narrow-minded ideological attacks on fraternities should have enough time left over to consider how the average fraternity can do better than this.

To this end, Robbins profiles “Oliver.” His fraternity largely holds itself aloof from the status game, which is less intense on Oliver’s campus than it is on Jake’s. Members proudly cultivate a “nice guy” reputation. As Oliver puts it in his first speech as chapter president, they are together “to grow up a little bit,” “to look out for each other,” and to learn “how to properly treat girls.” They are known for walking women home who otherwise lack an escort. Of course, they also party, and one of Oliver’s early leadership challenges is to deal with the consequences when a member pees off of the roof and nearly hits a police officer. But they also teach and enforce limits. When one pledge comes on aggressively to a woman too drunk to consent, “the freshmen,” though still learning the ropes, “rounded up every pledge brother at the party to intervene.”

In Oliver’s fraternity, and in others like it, initiates seem to learn to confide in and rely on each other, and to work together—not only at throwing safe parties but also at philanthropic work, at maintaining the house, and at educating and supporting members. Although Oliver’s fraternity does not represent the dominant model, many of the “brothers [Robbins] interviewed” said that their organizations “seemed more like Oliver’s than Jake’s, healthy communities that emphasized friendship and acceptance.”

Robbins is a journalist, not a philosopher, and when she departs from reporting, she too often relies on what “studies show” or on warmed-over gender theory. But her nuanced account of where fraternities are now is a useful starting point for people who wish to get beyond merely observing that Harvard shouldn’t be out to destroy single-sex social organizations. Once that observation has been made, one has to get down to the task of teaching, in which fraternities sometimes play, and could more often play a constructive role.

Jonathan Marks is a professor of politics at Ursinus College.

From Boys to Men? A Review of Alexandra Robbins’ ‘Fraternity’

The Hunt for Faculty Diversity Aims at the Wrong Targets