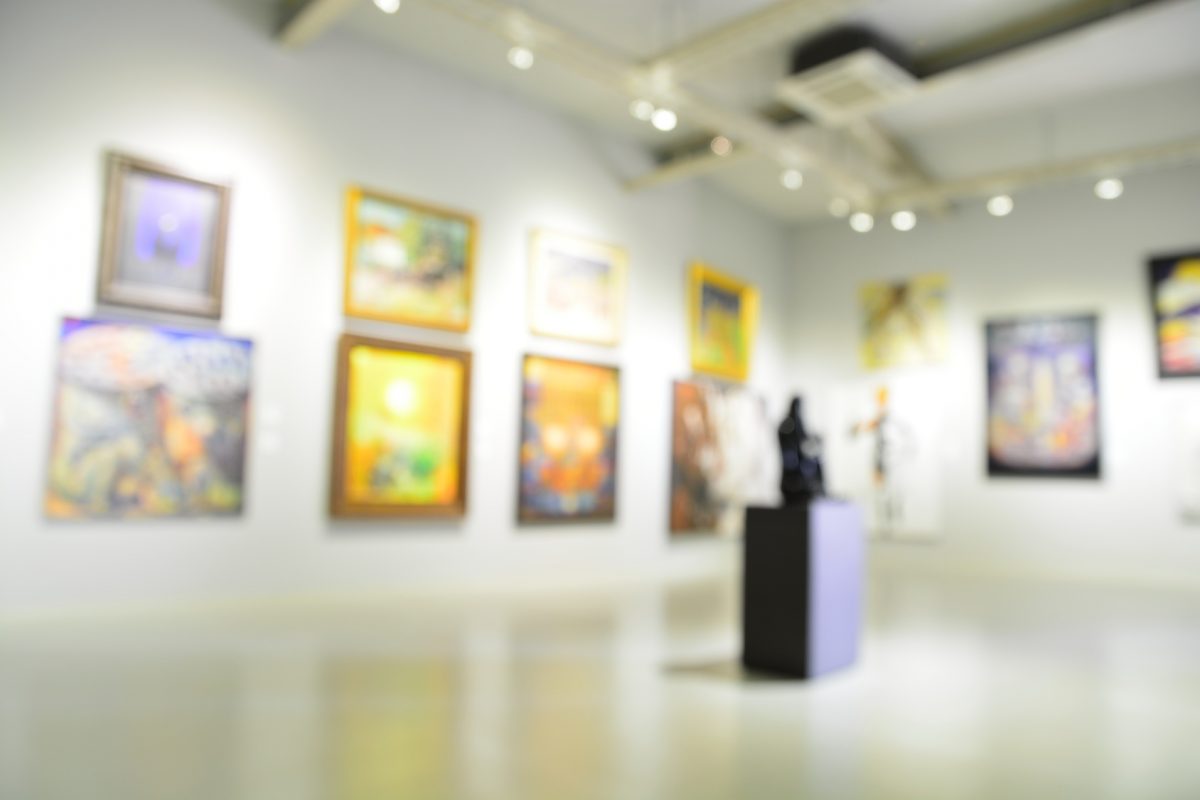 I spent the early 1990s in art school. Little did I know that one of most negative experiences I had there was a harbinger for the direction of college art programs.

We didn’t have much opportunity to expose our work to the larger public. But once a year the university held a juried, month-long exhibit of student work in its gallery. It was a beautiful space, three stories of classic white box showrooms, with soaring ceilings and gleaming floors. It was an honor to be selected.

Along with practically everyone else in the art school, I brought work to the gallery for consideration. No one knew much about the jurors the school imported that year, just that they were two women, academicians from another eastern university. It ended up being a fateful choice on the part of the school.

The day they announced the results, the bad news spread rapidly. Instead of going with an inclusive representation of student artwork, the jurors had only selected a few pieces for the show, and all were pieces that had some blatant political ax to grind. Feminist themes dominated the display, represented by art showing crudely rendered anguished figures and accusatory scribbles.

So little work fit their partisan bent that the gallery was left largely empty.

During the student show, for the first time in memory, the third floor of the gallery went dark. The other two floors featured a sparse sprinkling of inferior art. I remember the work selected featured lots of canvases and sculptures that just acted as surfaces to present words and writing. Not able to communicate effectively with images, the political artists resorted to slogans. It was a truly puny exhibit. Not many students were making obvious propaganda pieces…yet.

The weak exhibition demonstrated how badly the jurors performed. Their ideology informed all the choices they made—it was all they cared about. It was all they could see. In their own eyes, they did a fine job of creating an agenda-oriented show.

They had imposed an unexpected criterion on what was understood to be a generalized survey of the arts program, a criterion that excluded the majority of the student body. So most of the undergrads did not get to participate in their own student art show that year, regardless of the quality of their art.

But in one way the show was successful: it communicated those official exhibition opportunities required jumping aboard the progressive bandwagon. That message was received loud and clear. Soon the less talented and more suggestible students began to belabor obvious political content in their work. As these students conformed to institutional pressure, their pandering led to worse art, which led to smaller audiences.

The emphasis on divisive ideological bias in university art programs is worse today than it was back during my student days. Take for example Yale University, U.S. News & World Report’s number one ranked Fine Arts Graduate program. In 2017 they proudly announced the founding of “a new initiative focused on art and social justice.”

As stated on Artnet, “The initiative is largely a product of an ongoing conversation between faculty…and graduate students about addressing issues around artistic production amid the current social and political climate. This is, however, part of a larger trend, with numerous MFA programs reframing themselves around ‘social practice’ art.”

Elite academic institutions are signaling that prestige, opportunities, and funding will flow toward those who are agitating for leftist political change. Similar initiatives are taking place in MFA programs at the California College of the Arts, Portland State University, and Otis College of Art and Design. The latest buzzwords, “social practice art,” are just another way of describing activism that pretends to be art.

Most Americans instinctually reject the superficial and nihilistic contemporary art championed by academics.

Artists in the social justice cult aren’t encouraged to learn demanding traditional skills needed to create compelling art. As Harrell Fletcher, program coordinator of Portland State’s Art and Social Practice graduate program said it, “For me, making objects just didn’t interest me.” He communicates to his students where the action is: “The reality is that this sort of practice is proving to be more mutually supportive for both artists and the institutions that show them,” he claims.

This “artist” is notable for pieces such as the touring exhibit The American War, a reflection of the Vietnam War from the perspective of the communists, with its special emphasis on “atrocities committed by the United States.” If you think that doesn’t sound like art you’d be right, but such agitprop is more the rule than the exception in schools these days.

Recent highlights of divisive works from college art programs include American flags made into KKK hoods at the University of Miami; an installation at the University of Chicago celebrating the art of the Cuban Revolution; and the obligatory “Trump-is-a-racist” pieces at Salem State University that even offended the grievance groups the artist claimed he was advocating for. These kinds of hackwork art have no resonance outside the cloistered environs of the establishment art world.

The visual arts demonstrate the great gap that has been opened between the people and the powerful. There is a crisis of relevance in the arts these days. Most Americans instinctually reject the superficial and nihilistic contemporary art championed by academics.

When I ran my own gallery, I used to ask visitors who their favorite living American artist was. No one ever had an answer to that question. I don’t blame the audience for this disconnect; the fault lies mainly with the failures of the establishment art administration. From my experience, university arts programs are major contributors to the dysfunction of our cultural institutions.

Before the modern age, art academies were the gatekeepers for artists. An art academy was intended to be an officially sponsored, learned society. They acted as an updated version of the ancient guild system, an authoritative association of skilled workers and tradesmen.

None of that rigor seems to exist today. In university art programs, it is expected that language can act as a stand-in for actual artistic achievement. Contemporary art emphasizes contextualizing art toward political ends and de-emphasizes technique and talent. Since this produces inferior artistic results, in classroom discussions, artist statements, and art writing, rationalizations and pedantry are offered up as support.

According to a recent article in the Journal of Arts and Humanities, art is “the focus of institutional definitions which assert that this non-manifest feature is the determining factor of art. If one is to claim a piece as a work of art, it is necessary to be acquainted with the social conditions surrounding that piece.” That crabbed language exemplifies the deconstructive, postmodern view of art.

Look at the College Art Association’s Art Journal. Instead of insights into today’s educational contributions to the timeless artistic traditions of humanity, you find topics ranging from oil pipeline protests to cultural policy and the Cold War to art as a way to “consider complex questions about social, political, and economic issues.”

To the postmodern ideologues who now control art education, nothing can be exempted from the push toward dreary, covetous collectivism. And if that means art loses its purpose, its role in society, and its legitimacy, so be it.

University Programs Cultivate the Crisis of Relevance in the Arts