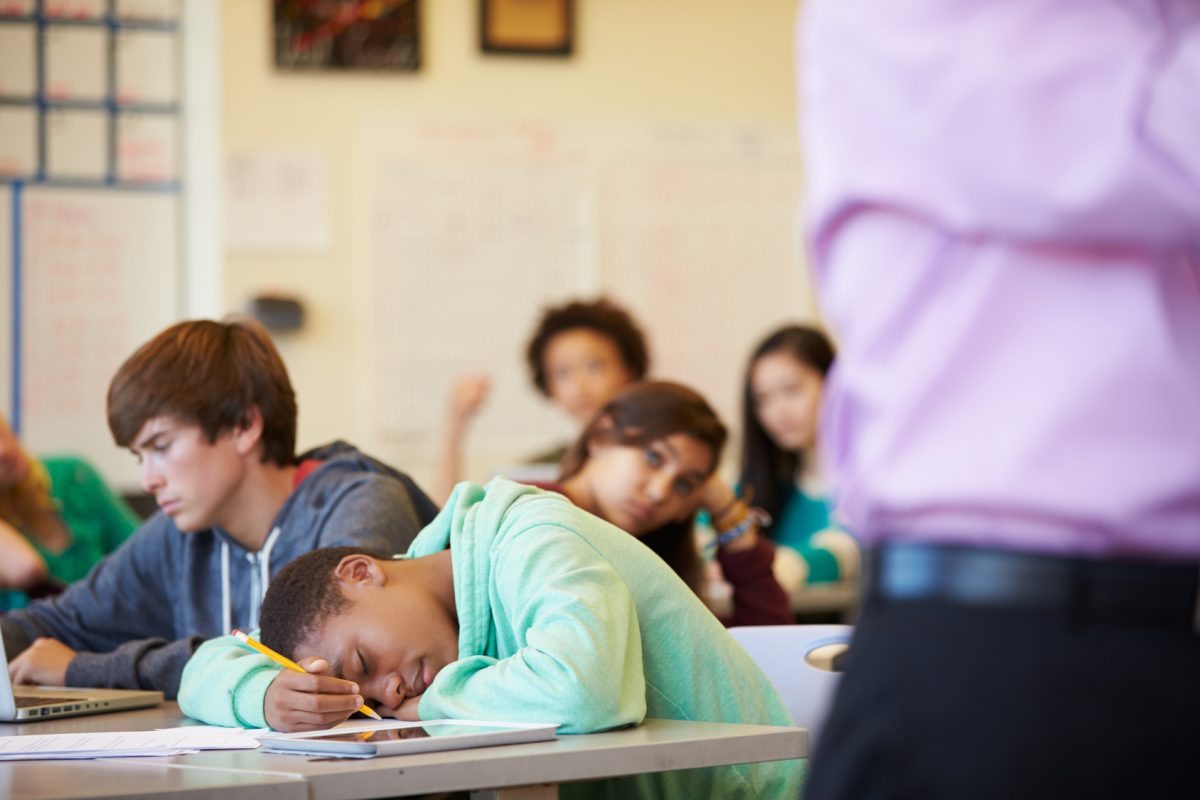 Legislators in New Mexico are pushing a bill that would make students apply to at least one college while they are still juniors in high school. This legislation reflects the powerful belief that college should be the norm for students after they graduate from high school.

That belief, however, is mistaken and this bill, should it become law, will have bad effects (not to mention that it takes Nanny State thinking to a new level). As we read in the Albuquerque Journal, the bill in question has bipartisan support and was approved by a committee of the state House of Representatives on February 1.

House Bill 23 is co-sponsored by Republican Nate Gentry, the House minority leader, and Democratic senator Daniel Ivey-Soto. Their bill provides that all high school juniors in the state would have to apply to at least one college unless they can show officials that they have made other plans for their lives after graduation: military service, a vocational work program, an apprenticeship, or an internship. (Merely intending to look for a job after graduation will not do.) Students’ parents and their high school guidance counselors would have to give their approval to such alternative plans.

The lawmakers are worried about the fact that fewer students in New Mexico are going to college. This USA Today piece about the bill informs us that “The measure was drafted with the aim of reversing declines in college enrollment across the state, which fell nearly 14 percent from 155,065 enrolled students in 2010 to 133,830 in 2016.”

But so what if college enrollments have been declining? Most of our political and educational leaders assume that the more years of formal education an individual has, the better off they will be, earning more money (and coincidentally paying more taxes), enjoying better health, having a more stable life, and so forth. They conclude that declining college enrollment must mean that more young people are making a serious mistake in not going to college—a mistake that the government should help to prevent with a law like House Bill 23. If the state compels students to either apply to college or have approved alternative plans, then fewer would make the “mistake” of not going to college—or so the bill’s supporters think.

But those state politicians obviously aren’t considering the possibility that too many students were going to college in the past and that the decline reflects better knowledge about the balance of costs and benefits of college seeping into the minds of New Mexicans. The idea that was current up until about a decade ago—that college is a great investment for nearly everyone—has been fading in the face of reality. Many young Americans and their families know that college can turn out to be a costly bust and they don’t want to make that mistake.

Writing on Forbes, Preston Cooper points out that about a third of recent college graduates are underemployed. Choosing not to go to college makes perfect sense if you want to avoid spending years of time and lots of money in college only to end up working in a job you could do without this “investment.” He points to data compiled by the New York Federal Reserve Bank showing that just having a college degree does not get you a good job.

The way this bill would probably impact students is that a few marginal students—ones who are not sure if college is right for them—will wind up going that route simply because it gets the government off their backs. Nothing in the bill says that students who apply must actually attend college, but once they have applied, the school or schools will start seducing them with their claims about the success that will be theirs if they enroll. Some will be lured in.

This legislation is a new advance for the Nanny State.

It is hard enough for young people to figure out which way to go after high school without the state government forcing them to either apply to college or show that they have some other plan in mind. If New Mexico colleges and universities see any uptick in enrollments, they will mostly be from students who are not ready for or interested in higher education—the sort of disengaged kids who need a lot of remedial coursework and will still probably drop out after a semester or two.

And even if a few of those marginal students do get their degrees, that just puts them in with the huge throng of others who are trying to signal their employability. In his new book The Case Against Education (which I reviewed here), economics professor Bryan Caplan points out that the apparent benefit of college is mostly that it gives graduates a positional advantage in the search for jobs. Putting more people through college does not create more jobs or improve people’s ability to do jobs, but those who obtain educational credentials look more appealing to employers. Since everyone cannot look more appealing, there is no net gain.

And the more people who have credentials, the more they have to “invest” in higher credentials to stand out from the pack. People who decide not to participate in the “arms race” of credentials should not be hounded by the government. Some constituents ought to send Rep. Gentry and Sen. Ivey-Soto a copy of Caplan’s book. If they read it, they might realize how pointless their bill is.

Putting aside the educational folly of forcing young people to apply to college unless they have some other course of action clearly in mind, this legislation is a new advance for the Nanny State. High school students do not belong to the state and should not have to justify their plans to officials. Will any politicians in New Mexico stand up for the freedom of young people to be left alone by the government rather than forced to make a big decision at 17?