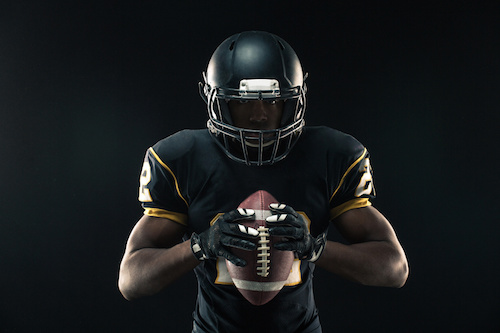 Last week marked the latest chapter in the biggest college sports scandal in history. Administrators and athletics officials from UNC-Chapel Hill appeared before the NCAA’s Committee on Infractions in Nashville, Tennessee. At issue was whether the bogus classes UNC athletes took between 1993 and 2011 should be considered “impermissible benefits.”

The Committee is expected to make a decision in the next few months. If it decides against Chapel Hill, basketball championships from 2005 and 2009 could be vacated, teams could be temporarily barred from postseason play, the university could be placed on probation or fined, and athletics scholarships could be reduced.

Out of those possible punishments, scholarship reductions might seem to be the most insignificant. But in recent years many universities have been able to exploit new scholarship rules to aid their recruitment efforts. In the last couple of years, for example, UNC-Chapel Hill has increased funding for athletics scholarships by nearly $6 million.

That’s partly because, in 2015, the NCAA expanded the scope of scholarships, allowing schools to cover athletes’ “miscellaneous personal expenses” and transportation costs in addition to tuition, books, room, and board. The change appears to be just the latest step toward the outright professionalization of college athletics.

Meanwhile, college sports revenue continues to grow, totaling about $12 billion every year. And the NCAA itself, which renewed its television contract last year with CBS and Turner Broadcasting, is projected to make about $1.1 billion in the coming years.

It’s no wonder that many view college sports as Big Business. As former college athlete Jonathan R. Cole said in a recent Atlantic article, “Universities today are commercializing athletics to the point where they are essentially running professional teams.”

Not surprisingly, in such an environment athletes often sacrifice academics in order to train and compete full-time. Football players are typically required to spend 40 or more hours per week training, and miss up to a month’s worth of classes during the season.

“The only thing [revenue producing sports] can’t allow them to do is to make education their first priority. It isn’t that coaches don’t really care about the welfare of the young men…it’s just that they have millions of dollars at stake,” says Hildebrand.

Indeed, coaching college sports can be very lucrative. Many coaches are paid more than professors, scientists, politicians, and upper management in the private sector.

For example, University of Michigan football coach Jim Harbaugh makes $9 million each season. And UNC-Chapel Hill basketball coach Roy Williams’s base salary for the upcoming year is an estimated $408,169.

Many justify all of this spending by claiming that athletics departments bring in sufficient revenue to cover expenses, and even contribute financially to the rest of their respective universities. But this is not the case at many schools.

Former Harvard University president Derek Bok says most athletics departments do not come out with a surplus—and those that do may not be counting all of the hidden costs.

One example comes from UNC-Chapel Hill. Martina Ballen, chief financial officer for the university’s athletics department, admitted recently that sports events produce little to no surplus revenue. Furthermore, the athletics department would be “solidly in the red” without revenue from student fees, which cover approximately 8 percent of its budget.

Such increased reliance on student fees is not unique to Chapel Hill. According to a Chronicle of Higher Education report, many North Carolina universities have become dependent on these allocations. In 2014, for instance, each student at UNC Greensboro had to pay $708.50 to subsidize the athletics department there.

Also, USA Today reported that between 2014 and 2015 Appalachian State University in Boone, North Carolina, charged students, combined, roughly $1.7 million in fees after the athletics program increased its miscellaneous spending by nearly $8 million. Part of that spending was related to marketing, recruitment, and snacks for athletes on the road.

According to a report from the NCAA’s Knight Commission on Intercollegiate Athletics, most sports programs “rely on allocations from general university funds, fees imposed on the entire student body and state appropriations to meet funding gaps.”

But if athletics departments continue down the path of quasi-professionalization, they should not expect to be subsidized by taxpayers and students. Prioritizing sports undermines the academic mission and places an unfair burden on the campus community. And as mentioned earlier, it also works to the detriment of many athletes’ education.

Athletes awarded scholarships often fall below the average academic standards of their university. The results are predictable. At Chapel Hill, for example, the football team has a graduation rate of only 59 percent, while that of the men’s basketball team is 50 percent. (The overall student body’s graduation rate is roughly 90 percent.)

Of course, sports can be a positive, character-building experience for athletes and boost morale across campus. The problem is that many of those who head college sports teams—especially at Division I and Power Five conference schools—seem to be more focused on pursuing athletic prestige than on ensuring the academic success of athletes.

And, as we’ve seen at Chapel Hill and elsewhere, sometimes administrators, too, can get caught up in that pursuit and ignore the dark side of college sports.

The NCAA’s Infractions Committee says that it will make its decision regarding UNC-Chapel Hill in the next 60 to 90 days. No matter what punishments, if any, the university receives, its Tar Heel “brand” will remain strong in the college sports world. And even if it has to reduce scholarship amounts for a year or two, it still will be spending millions to bring athletes to campus, many of whom will have little chance of academic success.

The college sports industry shows no signs of slowing down. And billions of dollars are at stake for the NCAA, the very entity charged with setting standards and punishing misconduct. Unfortunately, those standards sometimes encourage the professionalization of college sports, as was the case with the 2015 scholarship changes, and often its punishments seem only to send the message “Don’t get caught.”

Reform, therefore, may have to come from state policymakers and college leaders, who are free to set their own standards regarding athletes’ academic eligibility and to create an environment in which college sports are truly amateur and secondary to education. If they do nothing, or pay only lip service to the importance of amateurism, the current system will remain, and its costs will continue to be borne by students, the public, and athletes.