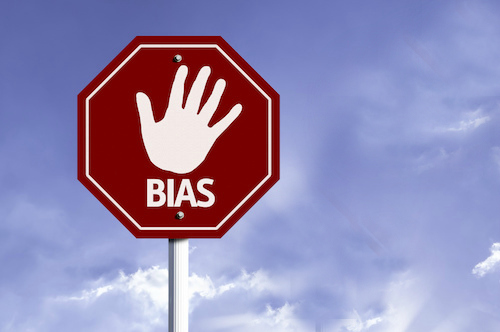 Yesterday, I came to bury Caesar. That was a mistake, so today, I’m going to praise him.

By “Caesar,” I mean the North Carolina Legislature. I wanted to “bury” them—in rhetorical fashion—for removing institutional neutrality out of the otherwise outstanding North Carolina Campus Free Speech Act (HB 527). After we published that article, I reread the bill and discovered that a slightly weaker version of the provision mandating institutional neutrality was still there (albeit with the wording changed and in a different place in the bill).

The good news is, I get to praise the legislature for enacting a really important piece of legislation that will do a great deal to fend off increasing politicization of the University of North Carolina system and North Carolina Community College System.

The passage of the Free Speech Act this legislative session was a great advance for the spirit of free inquiry that is, or should be, at the heart of higher education. It provides greater protection for campus free speech, which has been under impassioned—at times even violent—assault. And it encodes North Carolina’s public college students’ right to free association and the right to hear ideas they deem worthy of attention.

It also gave the state a policy of institutional neutrality, which means that a university cannot take an official policy position on political issues. This will be a powerful tool for pushing back against the extreme politicization of the universities that has been occurring since the 1960s.

Perhaps the most important justification for institutional neutrality was crafted by the “Kalven Report,” the product of a committee formed at the University of Chicago amidst the turbulence of 1960s-era student uprisings to explore the role of the university in political matters. The committee was chaired by noted law professor and First Amendment scholar Harry Kalven, Jr. and had other prominent members such as Nobel Prize-winning economist George Stigler and African-American historian John Hope Franklin.

The Kalven Report posited that, because “the mission of the university is the discovery, improvement, and dissemination of knowledge,” individual professors must be able to pursue truth wherever the facts and logic lead. The university therefore:

… is a community which cannot take collective action on the issues of the day without endangering the conditions for its existence and effectiveness. There is no mechanism by which it can reach a collective position without inhibiting that full freedom of dissent on which it thrives. It cannot insist that all of its members favor a given view of social policy; if it takes collective action, therefore, it does so at the price of censuring any minority who do not agree with the view adopted. In brief, it is a community which cannot resort to majority vote to reach positions on public issues.

Unfortunately, academic institutions taking such “collective” positions are on the upswing today, if not officially, then in de jure (implied) fashion. One ominous example is the increasing trend for schools to require that faculty or even graduate students sign diversity statements in which they must commit to fostering ideals of “diversity, equality, and inclusion.” A report from the Oregon Association of Scholars uncovered roughly 20 colleges and universities on the West Coast that do so; most likely, there are at least 100 throughout the nation.

According to that report, the 10-campus University of California system not only requires all new hires to sign diversity statements, but also examines faculty candidates’ research to see whether it addresses “race, gender, economic justice or inequality.”

The Free Speech Act explicitly addresses the type of affront to academic freedom displayed by diversity statements such as the ones uncovered by the Oregon NAS. The provision on institutional neutrality reads:

The constituent institution may not take action, as an institution, on the public policy controversies of the day in such a way as to require students, faculty, or administrators to publicly express a given view of social policy.

Which draws a clear line that the universities cannot cross, providing a crucial means for North Carolina higher education to prevent egregious academic freedom offenses in the future. For examples of schools adopting politicized policies are myriad and increasing. In one instance, the Oregon report revealed that, at Portland State University, “in the 2017-18 academic year, for instance, all undergraduates will be sent for mandatory classes on ‘social justice’ prior to being allowed to proceed with their studies.” Or in 2008, the University of Delaware forced dormitory residents to undergo what the Foundation for Individual Rights in Education called “ideological indoctrination.”

This is not to say that all problems of politicization will be forever solved by the new policy; there are plenty of problematic situations it does not cover. One limitation is illustrated by concerns about the Climate Leadership Statement, a petition signed by over 700 college presidents. (In North Carolina, both Carol Folt of UNC-Chapel Hill and Randy Woodson of NC State are signatories.) It declares a need to take the lead in combating anthropogenic climate change; the issue is still very much an open question, despite efforts by some to make it appear as settled science as is the presence of gravity.

It may be acceptable for a college president to sign a petition about such a contentious issue as global warming—but only if he or she was doing so as an individual scholar, not as a public academic institution’s CEO. However, that was not the case with the Climate Leadership Statement, which explicitly stated that signing the petition was only for the highest level of college administrators. Its opening sentence is:

We, the undersigned presidents and chancellors of colleges and universities, believe firmly in the power, potential, and imperative of higher education’s key role in shaping a sustainable society.

A school president signing a petition may be a lower standard of imprimatur than declaring an official policy, but it still sends a message to the rest of the campus. One can easily imagine the chilling effect on an assistant professor of meteorology, physics, or geology who is skeptical of man’s effect on the climate seeking tenure at a school where the president signed such petition.

Since such statements are not actual policies, the Free Speech Act as voted into law falls short of preventing them. Initially, the Free Speech Act contained a solution for such implied intimidation arising from politicized statements made by administrators (who are not speaking as independent scholars but as the school’s top decision-makers). When the bill was introduced early in this year’s legislative session, the institutional neutrality provision included another clause that read:

The constituent institutions shall strive to remain neutral, as an institution, on the public policy controversies of the day.

That clause would have greatly expanded the power of the state to prevent the encroachment of undue political activity on its public campuses, even such situations as university and college presidents and chancellors signing position statements (acting in their positions as school CEOs).

With all manner of academic organizations and administrators pushing the envelope steadily in a more radicalized direction, finding ways to keep academia open to varying views in the future may prove difficult. At least, it will be difficult without erecting safeguards before it is too late. Such protections are not likely to come from within, since so many faculty and administrators have already moved at least partially in a politicized direction, or would rather not put themselves at risk by objecting. University boards (of trustees, governors, regents, or visitors) have proven to be too timid or too easily manipulated to make bold moves to restore a more balanced and open academic sensibility.

It therefore falls to the legislature to prevent our public colleges and universities from incrementally or implicitly making one-sided politics the law of the academic land. For it is to be generally expected that an organization dominated by a passionately partisan faction will attempt to make that perspective permanently unassailable from within or without. The politicization of higher education has already become a severe problem, with some segments of academia calcified into ideological purity. For example, at UNC-Chapel Hill, there are 17 departments with no registered Republican faculty members.

With the Free Speech Act, the North Carolina legislature has provided some powerful safeguards against future politicization of the state’s colleges and universities, and it deserves great praise for securing those protections. Of course, more needs to be done, so it should not rest on this year’s laurels but continue to improve the academic atmosphere in the state’s higher education institutions for the benefit of all North Carolinians.