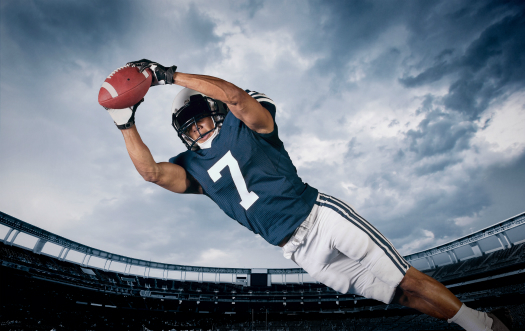 With college football season upon us, this is a good time to consider again the allure that fielding winning teams in the big-money sports (football and basketball) has for many higher education leaders.

A recent Inside Higher Ed story provides fascinating details. Author Jake New writes that “Division I institutions are devoting increasingly large sums of money in an attempt to keep pace in an athletics arms race led by Power Five leagues.”

The Power Five are the Big-10, Big-12, Pac-12, Atlantic Coast, and Southeastern conferences. Getting in is something that presidents of schools in less prestigious conferences seek desperately—and at considerable expense. The most extraordinary example is University of Houston’s Renu Khator (who happens to top the list of highly paid university presidents this year), who has been spending enormous amounts to make the school’s football team a winner.

From 2008 through 2014, Houston transferred over $100 million in institutional funds to its athletics program. Last year, the athletics department budget was $45 million, $26 million of that subsidized. Seemingly, that “investment” paid off because the school’s football team had an outstanding year, finishing the season ranked 8th in the nation. But that isn’t good enough because Houston plays in the non-elite American Athletic Conference, competing with schools such as East Carolina, Tulane, and Tulsa.

President Khator isn’t satisfied and wants to get Houston into the Big-12, declaring that “we have no choice but to keep becoming better so we could get into the Big Five.” And if not, she added, it would be “difficult for Houston to sustain” its athletics program.

That’s where we get the “arms race,” since many other universities are similarly trying to improve so they can outshine all the rest and get into a power conference. Huge sums are diverted away from academic programs and into stratospheric salaries for coaches, state-of-the-art facilities for the athletes, bigger and better stadiums, and so on.

But it would be a mistake to think that this only affects a small number of big schools that are at the top of the athletics food chain. Many colleges and universities that aren’t known for their sports also lust after winning teams and increased prestige—such as the University of North Carolina-Charlotte (UNCC).

UNCC had long been rather good in basketball (which is substantially less costly than football), making the semi-finals of the NCAA tournament in 1977 before losing a close game to eventual winner Marquette.

Being pretty good in basketball wasn’t enough for university leaders, however. Back in 2008, Chancellor Philip Dubois succumbed to pressure from football enthusiasts (including many students) and recommended that school trustees adopt a plan to begin an intercollegiate football program, which they did. (I criticized the case he made for that move in this piece.)

To compete, the university had to build a new stadium that cost over $40 million and hire a coaching staff, now headed by Brad Lambert, whose salary is $600,000 per year, among other new expenses. (In comparison, Chancellor Dubois is paid $387,000 annually.)

The first season for the football team was 2013, when it had a 5-6 record playing against independent schools. The 2014 season was the same. For 2015, the school moved up into Conference USA, and went 2-10.

How about the costs? According to a study of college athletics published by the Huffington Post and the Chronicle of Higher Education, 74 percent of the budget is covered by subsidies derived from mandatory student fees. It’s hard to see how the foray into football has made the university better in any respect, but perhaps some of the students think that having a losing football team to cheer for is worth the added expense in going to UNCC.

The monetary cost of the winning sports mania isn’t the only cost involved, however. There are intangible costs as well, most notably the adverse impact it has on academic integrity.

The best known of recent sports scandals is, of course, the bogus courses that proliferated at the University of North Carolina as a means of keeping star players academically eligible. Not only did many of UNC’s top athletes earn high grades for doing little or no work, so did many other students, once word got around that they too could also coast through such classes. (Jane S. Shaw provides plenty of detail about the way UNC’s “we must win in sports!” mentality undercut its academic integrity in this article.)

At universities where sports are king, many students find it hard to avoid the distraction of big games and tournaments. In his eye-opening book Beer and Circus, Murray Sperber quotes a University of Missouri student: “Most Mizzou students are satisfied with easy schoolwork because other things are much more important to them, mostly partying and following the Tigers.”

Big-time sports simply do not blend well with academic pursuits. Georgia Tech’s Richard DeMillo nailed that point when he wrote in this Pope Center article: “Sports programs are grafted onto universities to extract value from academic programs for the sake of the sports programs. Athletic decision-making cannot be trusted to align itself with academic goals when so many of the incentives are tied to the success of a non-core, big money operation that has virtually no relationship to academic outcomes.”

Is there any hope of escaping from the arms race for sports prestige?

I think there is, evidenced by the fact that some colleges and universities have chosen to back out of the arms race to save resources for more important things. A surprisingly large number of schools have dropped football as an intercollegiate sport.

The school that began the de-escalation was the University of Chicago. Back in 1933, president Robert Maynard Hutchins decided to eliminate what he regarded as the distraction of sports. Chicago had been among the founding schools of the Big-10 and had done extremely well in football under its famous coach Amos Alonzo Stagg. Hutchins, however, let Stagg go and allowed the team to atrophy. In 1939, he pulled out of the Big-10 entirely.

The University of Chicago stayed out of intercollegiate football for almost fifty years, before becoming one of the charter members of the University Athletic Association, which includes other famed research universities such as Johns Hopkins, Emory, and Carnegie-Mellon.

Read the Association’s Philosophy Statement for a stark contrast with the beliefs that reign at UNC, Houston, and other big sports schools. It declares “the academic enterprise is the primary element. Student-athletes are just that—students first and athletes second. In practice, this means that institutions will not admit athletes with standards separate from the standards for the aggregate pool of applicants. Similarly, policies regarding financial aid, academic progress, student services and the like for athletes will be reflective of policies for all students.”

Furthermore, the UAA speaks to the proper athletic emphasis: “Athletic programs are not considered income centers, nor are they public entertainment. They are extracurricular activities for students and should be given consideration similar to other such institutionally sponsored activities. Their quality should complement the academic experience.”

Trustees and alumni who aren’t happy that their school has allowed sports to become the biggest thing on campus might suggest to the president that the UAA’s philosophy shows the path back to sanity.

Explaining the High Cost of College