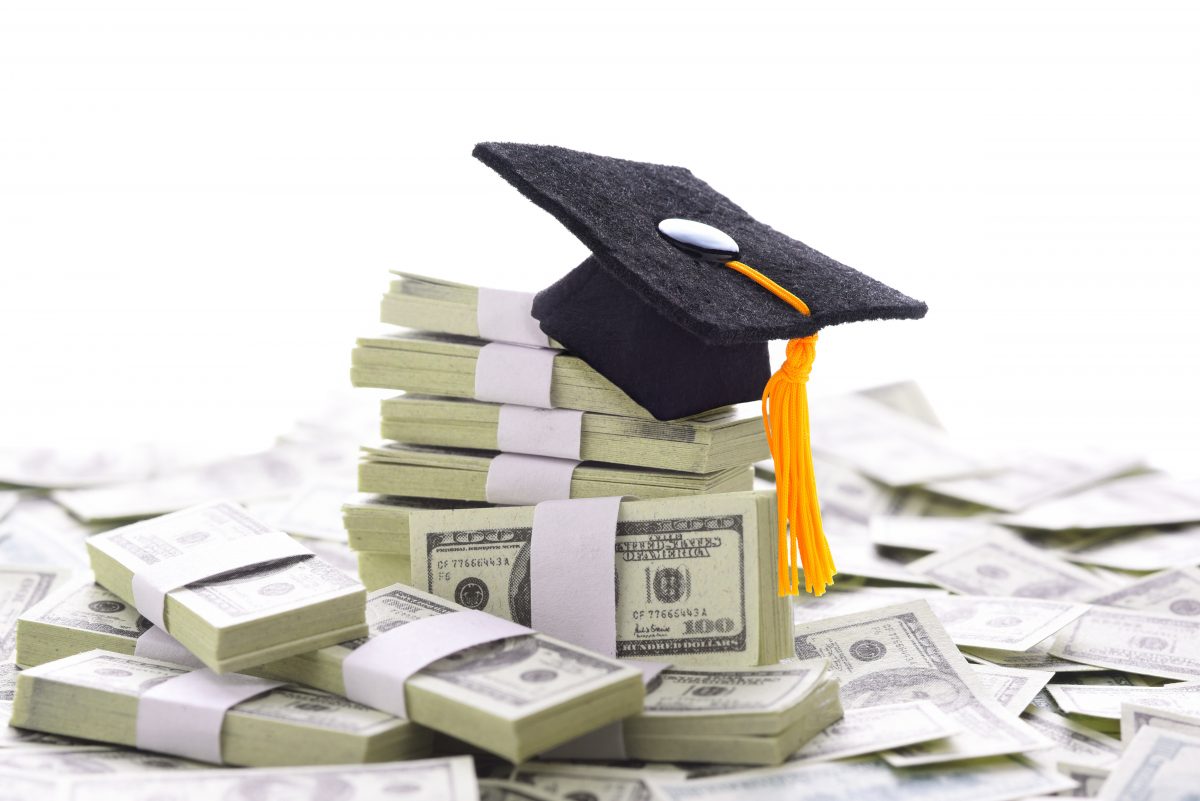 TANSTAAFL. There Ain’t No Such Thing As A Free Lunch.

That’s the pithy way that economists convey the idea that there are always costs associated with the goods and services we consume. Some resources, if only our time, had to be expended so we could enjoy them. Despite foolish talk from politicians about giving us “free” college, higher education cannot escape costs. People must pay for all of the inputs that go into the college experience.

Those are the main questions addressed in a new study published by the National Association of Scholars, Priced Out: What College Costs America. In it, author Neetu Arnold delves into the revenues and expenses of our higher education institutions.

Most Americans are used to thinking of college as an expensive but extremely valuable service that’s provided by well-meaning experts who are doing their best to keep it affordable.

Arnold’s view, however, is deeply skeptical. Her research shows that college officials spend huge amounts on non-educational programs and personnel that they desire and which add considerably to the costs imposed on students, families, and taxpayers.

Priced Out highlights two well-known facts, namely that the cost of college has been rising much faster than the rate of inflation for more than 40 years, and that many students today appear to have derived little educational benefit or employment boost from their college years. It also shows the connection between them.

What is that connection?

As college officials raked in more and more money, they simultaneously turned away from the traditional mission of higher education—giving undergraduates a solid knowledge base—and focused instead on a host of tangential activities. The deluge of money freed them from old-fashioned academic concerns to do lots of other stuff.

Any analysis of the cost of college must deal with the several excuses that are often given for the huge increase in tuition and fees over the last half-century. Maybe there are good reasons why, to cite two examples Arnold gives, tuition at the University of Kansas went from $716 in 1980 to over $11,000 in 2020, and tuition at Vanderbilt went from $4,700 to over $52,000 over the same time span.

Higher education’s defenders have advanced several arguments that purport to absolve schools of blame for the prodigious increases in tuition and Arnold evaluates each of them.

First, there is the claim that tuition had to go up because state governments reduced their funding. Arnold shows how unpersuasive that argument is. While it is true that many states decreased their higher education appropriations, public colleges and universities were able to significantly increase financial support from other sources. Furthermore, they had begun raising tuition well before states started cutting appropriations, and their tuition increases were far greater than the amounts needed to offset state budget cuts.

A second justification given for the rising cost of higher education is known as Baumol’s “Cost Disease,” named for economist William Baumol who advanced this argument. He observed that higher education is unlike most other businesses in that faculty members can do almost nothing to improve their productivity. The problem is that colleges have to keep pace with compensation in business if they are to retain their labor force. Therefore, tuition increases are inevitable.

Tuition increases have continued even though the ‘earnings premium’ for having a degree leveled off several years ago.

Arnold pokes several large holes in this defense for rising tuition. Among other points she makes is that over the last few decades, colleges have hired far more low-cost adjunct faculty than full-time, full-expense professors and that the cost of the faculty has become a decreasing percentage of the entire cost of operating a college. (To her refutation of this explanation, I would add that the “cost disease” should have been just as apparent in the 1960s and earlier, but tuitions had increased little over decades.)

Another claim made by higher education defenders is that tuition had to rise because of the increased demand for college degrees because of the “earnings premium” they supposedly conferred on graduates. Thus, say those who argue that there’s nothing amiss in the soaring cost of college, price increases are just as unremarkable as are price increases in businesses selling products in high demand.

But that’s not convincing either, Arnold shows. Tuition increases have continued even though the “earnings premium” for having a degree leveled off several years ago. Furthermore, tuition increases have been just as prevalent at schools where few students go into fields where earnings are high as at those where many graduates earn big bucks. Also, why should non-profit organizations act the same way that profit-maximizing business firms do when there is an opportunity to charge all that the market will bear?

Arnold maintains that the only explanation for the rapid increase in the cost of college that fits the facts is the Bennett Hypothesis.

That name comes from former Secretary of Education William Bennett, who argued that the abundance of federal financial aid for college was mainly responsible for rising tuition because college leaders realized that they could capture the money that Uncle Sam made available to students, provided that they used it at approved colleges and universities. The more the government tries to help make college “affordable” with grants and easy loans, the more schools can increase what they charge students.

The bulk of Priced Out deals with the way college officials spend their revenues and the big story there is administrative bloat.

Arnold’s look into their spending shows that they “divert substantial portions of tuition and state revenues toward educationally peripheral expenditures.” Spending on administration has grown rapidly, to the point where it’s not uncommon for a school to spend more just in the “other professional and technical” category than on faculty.

Arnold’s analysis of administrative costs at the University of Maryland, for example, reveals that its Academy for Innovation and Entrepreneurship (I&E), founded in 2013, has an average administrative salary of $109,000. And what does it contribute to learning? She writes that it is

a mixture of business-oriented internships, and social justice activism disguised as ‘experiential learning.’ Social justice courses cross-listed with I&E include Engineering for Social Change and Cultural Themes in America: Food, Trauma, and Sustainability.

Quite a lot of administrative cost is related to the penchant that many college leaders have for political activism. Among them are the costs incurred in promoting diversity and inclusion policies, sustainability initiatives, and legal expenses entailed by their zealous suppression of free speech and their various forms of virtue signaling. Arnold mentions the disastrous decision by Oberlin College officials to side with “woke” students in their determination to smear a local bakery as racist and there are many more instances where college officials have decided to spend money on lawyers just to pose as ideological white knights.

The crucial insight we get from this study is that a great deal of the cost of college today has nothing to do with education itself, but instead stems from the choices school officials make to create institutions that embody their own preferences.

That is exactly what we’d expect from the managers of non-profit enterprises. They don’t gain by keeping costs down; they gain by spending as much as they can on whatever they think enhances school prestige or their own career chances.

Once the government had opened the money spigot, college leaders took advantage to expand their missions and hire large retinues of staff.

Arnold offers several recommendations that would help lower the high cost of college. Two that I particularly like are for schools to offer 2-3 year vocational track programs, staffed by industry veterans, and for Congress to amend Title VII of the Civil Rights Act of 1964 to allow employers to use aptitude testing rather than college credentials in screening applicants.

The first would appeal to many students and their families who are looking for a direct, low-cost path into an occupation. The second would overrule the Supreme Court’s interpretation of the law in its 1971 Griggs v. Duke Power decision, a decision that turned testing into a legal minefield because such testing might have a “disparate impact” on minorities. (For more on that, consult this Martin Center paper.) The effect of Griggs has been to cause employers to use college degrees as a proxy for intelligence and trainability, thereby artificially inflating the demand for college credentials.

If you have been inclined to think that college costs far more than it needs to, Priced Out will prove how right you were.

Editor’s note: The Martin Center’s Shannon Watkins recently interviewed Neetu Arnold for a deeper discussion of her Priced Out report, embedded below.