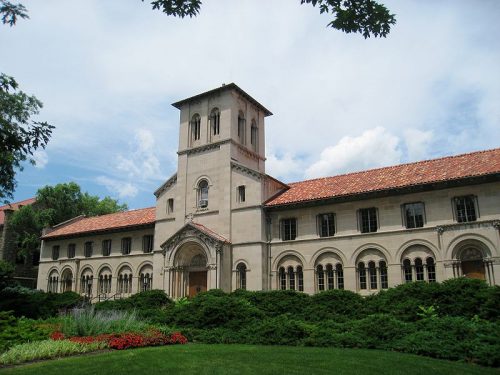 When college officials violate people’s rights, they run the risk of bringing on lawsuits that can cost their schools a lot of money.  The most common instance has been hyper-aggressive Title IX actions where the accused student was presumed guilty and railroaded into suspension or expulsion and later successfully sued over the violation of his due process rights.

Another way for college officials to get their schools into trouble is to engage in political conduct that is meant to inflict damage on guest speakers or people in the community. The latter is what occurred at Oberlin College and the jury in the ensuing case has hit the school with over $44 million in compensatory and punitive damages.

This ought to be a “teachable moment” for college and university leaders across the nation. If they don’t rein in the political zealotry of their administrators, they might also face a suit like Oberlin’s.

On November 9, 2016, a black Oberlin student entered a local store, Gibson’s Bakery. Gibson’s is a long-standing family business in the town, selling an array of food to residents and students, including wine. When the student approached the counter to pay for one bottle, Allyn Gibson who was at the register noticed that he had hidden two more bottles under his coat.

In his effort to prevent the student/shoplifter from getting away with merchandise, Gibson said he was calling the police and took out his cell phone to photograph the student. The student slapped the phone out of his hand and ran out of the store. Gibson ran after him but soon found himself under attack from that student and two of his friends. When the police arrived, Gibson was on his back, being beaten by the three.

Who was in the wrong? In the eyes of many in the Oberlin community, Gibson’s was. What they saw was not a fracas caused by an attempt to prevent theft, but rather a racially charged incident where a white property owner was guilty of racial profiling.

It’s worth noting that this was the day after the election that put Donald Trump in the White House. Progressives were seething with anger and looking for excuses to attack their perceived enemies. The Gibson case satisfied their need.

Student protests outside the store began almost immediately, with the protesters handing out pamphlets that accused the Gibsons of racism. Among the people present was Oberlin’s dean of students, Meredith Raimondo. Although she claimed that she was only present to keep things orderly, people testified that she had been an active participant, distributing the flyers.

Raimondo is no stranger to heated controversy on campus. As we read in this piece, she has been credibly accused of teaching that is blatantly anti-Israel and contributing to a feeling of discomfort among Jewish students. She seems to typify the kind of politically suffused member of college administrations that professor Samuel Abrams wrote about in The New York Times: “It appears that a fairly liberal student body is being taught by a very liberal professoriate—and socialized by an incredibly liberal group of administrators.” (Italics in original.)

The protest against Gibson’s was begun by Oberlin’s Black Student Union (BSU) and the Student Senate, which approved a resolution calling for a boycott of the store because of its alleged racism, evidenced by the way it “profiled” black students for shoplifting.

(Police records going back five years showed that Gibson’s had called the police over shoplifting far more often for white perpetrators than black, but no one bothered to check the truth of the profiling claim when there was a thrilling anti-racism protest under way.)

The large numbers of administrators they employ who see their jobs mainly as “social justice warriors” are a danger.

The Student Senate’s resolution was praised in a statement issued by then-president Marvin Krislov and dean Raimondo. They stated, “We are grateful for the determination of our students and for the leadership demonstrated by the Student Senate.”

Clearly, the administration was voicing its support for the attack on Gibson’s. The reason why probably has much to do with the bad feelings it had aroused in the BSU over its firing of professor Joy Karenga in 2015 for her virulently anti-Israel writings on social media, a case discussed here. That decision led the BSU to call Oberlin a racist institution.

The last thing the school’s leaders wanted in 2016 following the Trump election was to appear tepid over the allegations that Gibson’s was racist.

Among the ways the administration supported the campaign against Gibson’s was that it had students who gave tours to prospective students and their families tell them that if they enrolled at Oberlin, they should not shop at Gibson’s because it is “racist” and “assaults students.”

The ongoing campaign to portray the business as “racist” hit the company hard. The owners filed suit in November 2017 against the college in civil court, alleging that it had committed the torts of libel, slander, interference with business relationships, and intentional infliction of emotional distress.

One of Gibson’s attorneys, Owen Rarric, stated in this piece posted on Legal Insurrection,

The complaint filed this week identifies Oberlin College’s troubling conduct in attempting to bully and financially strangle a century-old business for refusing to succumb to the College’s demand that Gibson’s ignore student shoplifting. In response to Gibson’s resisting such bullying tactics, the College has further tightened the economic squeeze by canceling business with Gibson’s.

I must note in passing that Legal Insurrection provided thorough coverage of the case from beginning to end. No doubt Legal Insurrection’s founder, Cornell law professor Willliam Jacobson, found the case important because of his own ugly experience with unfounded allegations by hyper-political students at Vassar. Students there tried to keep him from speaking by alleging that he was a white supremacist who intended to incite violence. Jacobson wrote about his experience at Vassar for USA Today.

The trial began on May 10, 2019, amid what the LI reporter called a “mob mentality.” It ended on June 5. In closing arguments, Oberlin’s lawyer said that the school had nothing to do with the events and minimized the harm to Gibson’s. The lawyer for Gibson’s said, “When a powerful institution says you are racist, you are doomed.”

On June 7, the jury announced its verdict: Oberlin owed Gibson’s a total of over $11 million in compensatory damages, with Allyn Gibson (who was the one attacked by the Oberlin students) receiving $3 million, owner David Gibson receiving $5.8 million and about $2.3 million to the Gibson Brothers business.

Then, on June 13, the jury announced its verdict with regard to punitive damages—an additional $33 million (which Jacobson explains here will probably be reduced to $22 million under Ohio law). That amount might require a bit of belt-tightening at Oberlin, despite the fact that it has an endowment of more than $1 billion.

Higher education leaders around the country should learn from this case.

One thing they should learn is that the large numbers of administrators they employ who see their jobs mainly as “social justice warriors” are a danger. They can embroil the school in costly legal proceedings when they fail to separate their proper functions in an educational institution from their zeal for political change.

Perhaps trustees should insist on a training session for everyone from the president down to dorm administrators so they will understand that there is a line between education and activism (many obviously believe otherwise) and where it is drawn.

Another lesson here is that many Americans have no patience for the sort of wild, unfounded accusations that “progressive” students, faculty, and administrators like to throw around. When those people sit on juries where the damage done by campus activism is at issue, they are apt to find for the plaintiff in a big way. And it simply makes matters worse to complain about those jurors, as Oberlin did after the announcement of the compensatory damage award.

It does not seem, however, that Oberlin’s new president, Carmen Ambar, has learned anything. She declared to The New York Times that Gibson’s policies were to blame, that the case is “not over,” and the result “will not sway us from our core values.” If those “core values” include defaming and damaging a business merely to signal “progressive” virtue, then there will probably be more suits like Gibson’s.